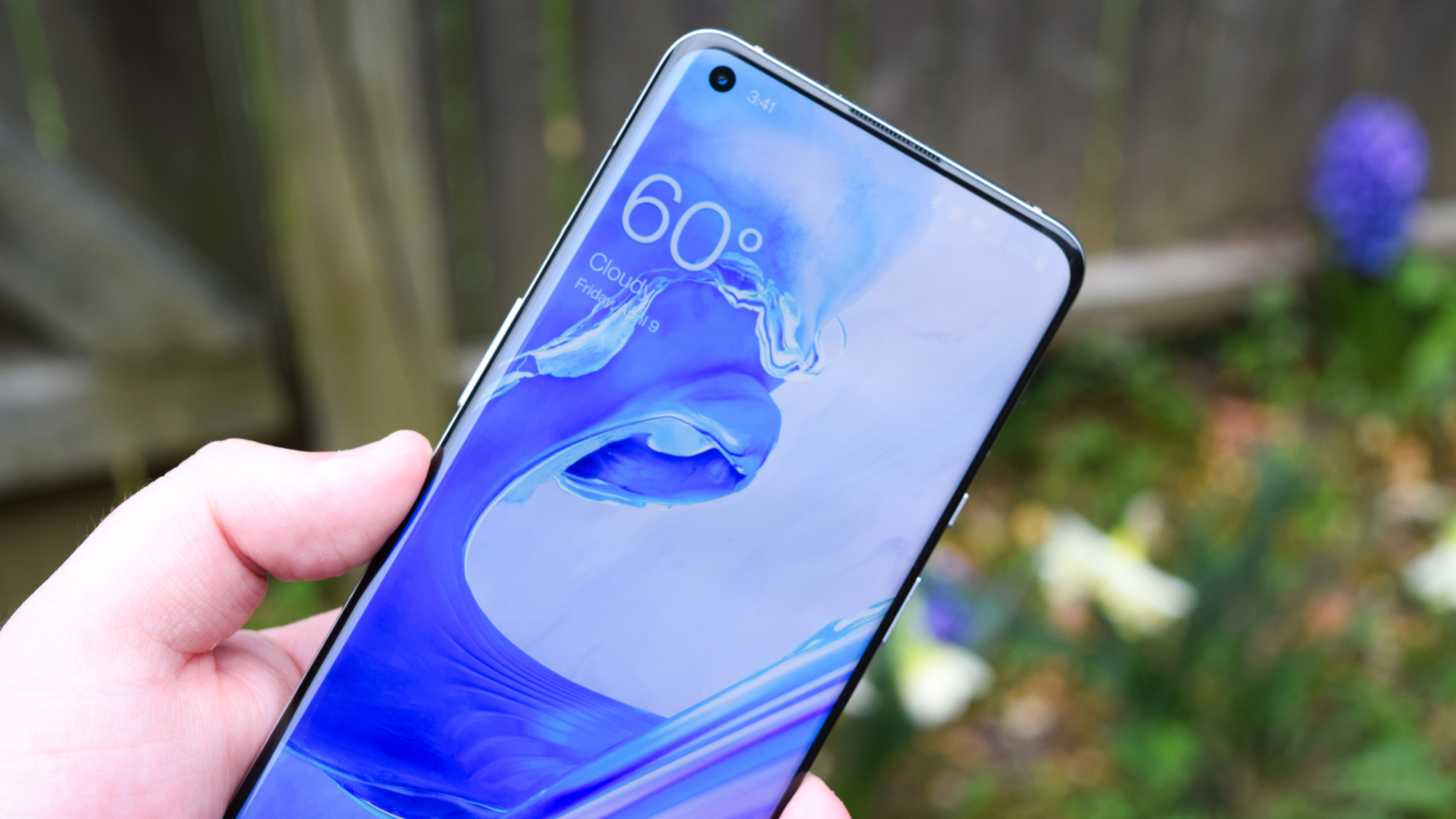 The best OnePlus phones prove that there’s choice beyond the Apple-Samsung duopoly when it comes to picking a new smartphone. In less than a decade, OnePlus has grown from a little-known start-up to a phone maker with a fierce following that can release devices capable of challenging the best phones out there.

OnePlus pulls off this feat by cramming as many premium features into its phones as possible, while still offering devices that cost less than comparable phones from Apple and Samsung. In recent years, the cost of OnePlus flagships has crept up, so OnePlus pivoted, introducing the budget Nord lineup, which still manages to pack a few top features into inexpensive handsets.

The launch of OnePlus Nord phones has created some overcrowding in the company’s product lineup. To help alleviate the confusion, we’ve ranked the best OnePlus phones that the company still says and that we’ve reviewed. Whether its the latest models or holdovers from a previous year, there’s a OnePlus phone that will fit your needs.

What are the best OnePlus phones right now?

OnePlus keeps around older phones for a few years, selling them at reduced prices. The best option among these older devices is the OnePlus 8, which features very good battery life and fast charging.

The best OnePlus phones you can buy

One of the best Android phones around, the OnePlus 9 Pro is also the best handset you can get from OnePlus. The 6.7-inch screen is gorgeous and a dynamically adjusting refresh rate can make activities like scrolling buttery smooth. Even with the hit that 5G and fast-refresh rates can put on a battery, the OnePlus 9 Pro outlasts the average smartphone. Support for 65W wired charging sets the standard for other phones.

In addition to all that, the real star of the show is the camera setup on the OnePlus 9 Pro. Past OnePlus phones have featured only so-so cameras at best. For the OnePlus 9 Pro, the phone maker teamed up with Hasselblad and the benefits of that partnership are on display in photos that show off natural tones.

If you want the very best experience that OnePlus has to offer, pay up for the OnePlus 9 Pro.

The OnePlus 9 has just about everything you could want in the best OnePlus phones, but for $240 less than what you’d pay for a OnePlus 9 Pro. You’ll make some trade-offs for that lower price — the screen’s refresh rate no longer adjusts dynamically, there’s no telephoto lens and wireless charging isn’t as fast. But otherwise, all the other highlights of the OnePlus 9 Pro are here in this less expensive flagship.

That includes the partnership with Hasselblad that’s dramatically improved the OnePlus 9 camera output from what we’ve seen with past OnePlus phones. While some color inconsistencies remain, on the whole, you get photos from the OnePlus 9 that can stand against some of the best camera phones out there.

While wireless charging isn’t as fast on this model as it is on the Pro version, you still get 65W wired charging, which is the best in the smartphone business. The OnePlus 9 lasts a long-time on a charge, too, falling just short of 11 hours in our testing.

U.S. shoppers looking for the best OnePlus phone can feel a little envious about the OnePlus Nord 2. This 5G phone isn’t available in the U.S., though U.K. shoppers can pick it up for £399 (roughly $550). But this OnePlus offering has more impressive features than its midrange price tag would suggest.

Start with the screen refresh rate, which is 90Hz. That’s better than most smartphone which top out at 60Hz, so expect smoother scrolling from the Nord 2. Despite the fact that it’s a lower-priced phone, the OnePlus Nord 2 shares the 65W wired charging speeds featured in the company’s more expensive flagships.

For now, OnePlus issues Nords with less impressive specs to its U.S. customers. But if you live in an area where the Nord 2 is available, jump on it with both feet, because you’re getting a lot of value with that phone.

There would seem to be no reason for the OnePlus Nord N10 5G to hang around, now that the Nord N200 5G has arrived. But even though the latter phone may be newer, the N10 boasts a more powerful processor, more storage and faster charging. It’s only $50 more than the N200 as well.

You’ll make some compromises to get a sub-$300 5G phone like a dim display and a stingy policy on Android software updates. But few other phones in this price range offer a fast refreshing display (90Hz), fast 30W charging and long battery life. The N10 5G lasted nearly 12 hours on our battery test, placing it on the best phone battery life list. It’s a pretty good value even for a year-old phone.

OnePlus released three flagship phones in 2020, and two of them remain on sale. The best of the bunch is the OnePlus 8, especially with OnePlus cutting its price by $250 now that there are newer models available.

The biggest thing you’ll give up by opting for the OnePlus 8 over the newer OnePlus 9 series is the camera improvements introduced in this year’s models. Otherwise, the OnePlus 8 offers a nice mix of features, including a display with a 90Hz refresh rate, a powerful Snapdragon 865 chipset, and a long-lasting battery. Even though you won’t get the 65W wired charging introduced with the OnePlus 8T, 30W charging is nothing to sneeze at.

The OnePlus 8T came out after the OnePlus 8 and boasts some more impressive specs in some regards. It was the first OnePlus phone to offer 65W wired charging, for example, and it’s got a display with a 120Hz refresh rate, not just 90Hz. As a result it also costs a little more than the OnePlus 8, even with a price cut to refelct that there are newer OnePlus handsets available.

The cameras on the OnePlus 8T are a little disappointing, so consider one of the newer OnePlus models if that feature is important to you. Still, with the OnePlus 8T, you can save a little money off of OnePlus’ current flagships while still enjoying a phone with fast wired charging and an immersive display.

Though it’s nearly two years old, the OnePlus 7T remains available through the phone maker’s online store, where you can get it for the bargain price of $399. That’s not a lot to pay for a phone that boasts what still can be considered some premium features, even if you’re missing out on the camera improvements found in more recent OnePlus models.

The OnePlus 7T offers 30W charging, which can get a drained battery to around 70% after just half-an-hour. We’re not normally fans of macro lenses, but the macro camera on the OnePlus 7T actually does a good job. And though Qualcomm has come out with faster processors since the phone’s debut in 2019, the Snapdragon 855 Plus is still a capable chipset.

The main reason to consider the OnePlus 7T at this point is to get a premium phone for less than $400. The fast-charging, solid performance and superior build of the OnePlus 7T deliver on that front.

The OnePlus Nord N200 5G can be used as an example of how U.S. users are getting short-changed with the Nord lineup. In other parts of the world, people enjoy the more full-featured OnePlus Nord 2, but here, we get a device with a lower price and stripped-down specs to match.

There are things to like about the OnePlus Nord N200 5G, most notably that it gives you 5G connectivity in a device that costs less than $300. In fact, the N200 may be one of the cheapest 5G phones currently available. You get other solid features as well, such as a 90Hz refresh rate on the excellent LCD panel and good battery life.

Other aspects of the Nord N200 5G disappoint, as the camera improvements that we’ve seen on other recent OnePlus phones have passed over this model. Still, at $240, the OnePlus Nord N200 5G is a good value that will please bargain hunters just looking to add 5G connectivity.

What to look for in a OnePlus phone

When shopping for the best OnePlus phones, keep in mind that OnePlus divides its smartphone product line into two different categories. The more expensive OnePlus flagships usually cost $700 and up and pack in the best features OnePlus has to offer. OnePlus Nord devices are the phone maker’s budget devices — prices are lower and features are scaled back, though you’ll still find a few notable capabilities.

OnePlus typically releases flagships twice a year — once in the spring, followed by a T series version of that same phone in the fall. To that end, we’d normally expect a OnePlus 9T in October since the OnePlus 9 and OnePlus 9 Pro shipped in March. However, recently, a leaker claimed the OnePlus 9T had been cancelled — we’re not sure how much weight to put in that claim, but it’s worth watching as we get closer to the 9T’s potential release date this fall.

OnePlus only started up the Nord lineup last year, so its release schedule is a little hard to determine at the moment.

How we test the best OnePlus phones

We take the same approach to finding the best OnePlus phones as we do any smartphone we review. We run benchmarks on every phone — Geekbench 5 to measure overall performance and 3DMark Wild Life to test graphics performance. For real-world testing, we use Adobe Premier Rush to transcode a video, timing how long it takes.

In our lab, we test the brightness of the phone’s display as well as how colorful each screen is (using both the sRGB and DCI-P3 color gamut). We measure color accuracy as well.

We have a custom battery test in which we have phones surf the web continuously over a cellular connection, timing how long it takes until they run out of power. We also time how quickly a phone can recharge, checking the battery status after 15 and 30 minutes.

Finally, to test cameras, we take the best OnePlus phones out into the field and shoot photos of landscapes, portraits, night images and other shots. We compare those shots to similar images captured by phones with comparable specs and prices.