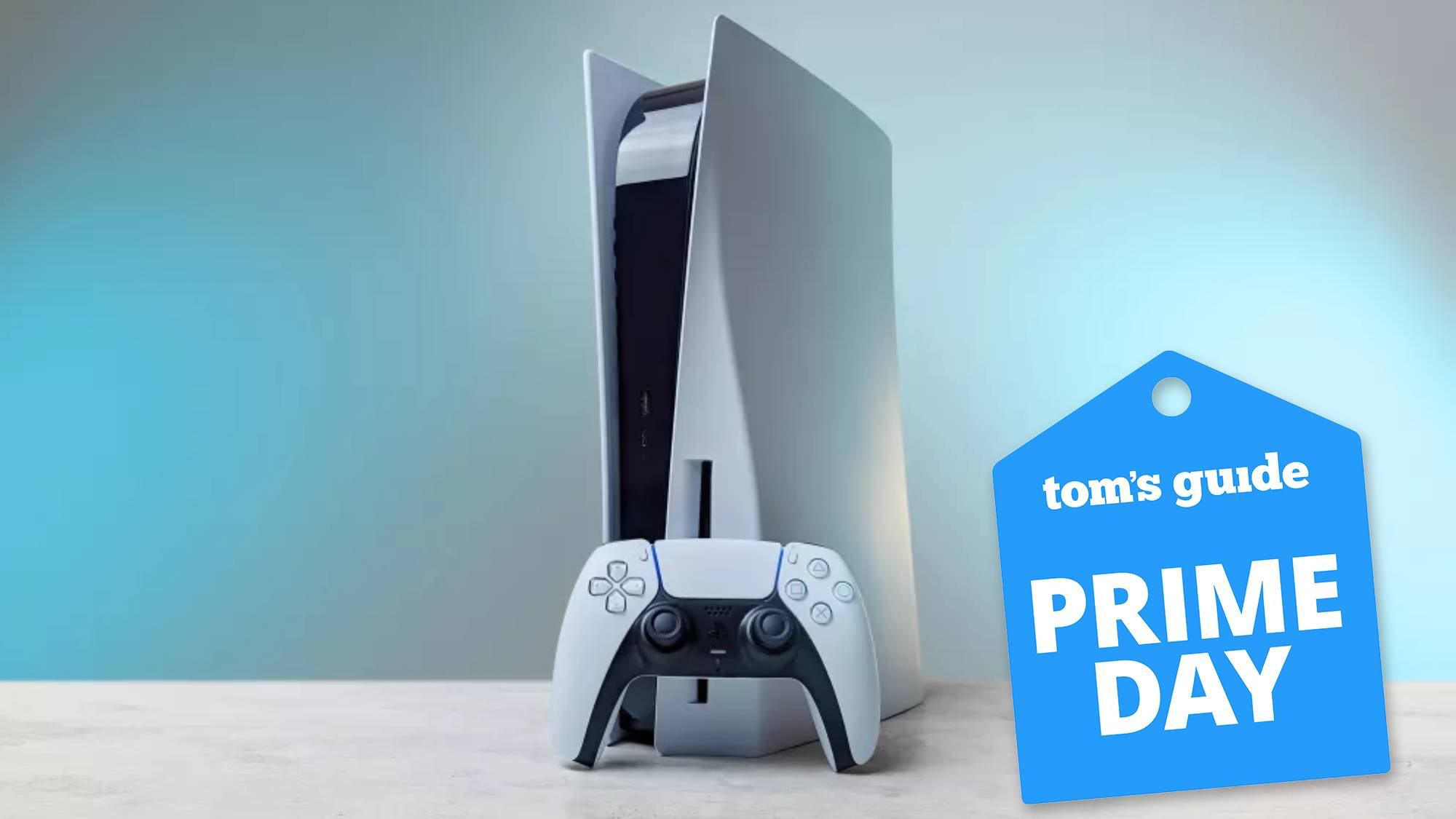 Prime Day PS5 deals are likely to be among the most in-demand sales this Prime Day. While Prime Day itself is still a few hours away, that doesn’t mean that Prime Day deals haven’t already begun.

Amazon is already discounting a variety of PS5 games and PS5 accessories, with the savings set to continue as we officially enter the two-day sales extravaganza. Of course, the big question is whether the retailer will have a PS5 restock to celebrate the occasion?

We don’t have a firm answer just yet, but we can still make a judgment on how likely a Prime Day PS5 restock is. However, if you’ve already secured yourself a PS5 over the last six months then now is an excellent time to pick up everything you need to take your next-gen gaming up a level.

PS5: check stock @ Amazon
The flagship PS5 console includes a 4K UDH Blu-ray disc drive. As a result, the design is slightly fuller than the all-digital model. It sells for $499 and includes the innovative PS5 DualSense controller. It’s currently unconfirmed if there will be a restock of the console for Prime Day.View Deal

PS5 Digital: check stock @ Amazon
The PS5 Digital console lacks the 4K UDH Blu-ray disc drive. As a result, it’s slightly thinner than its pricey sibling. At $399 (that’s $100 less), this is the version to get if you can’t stand disc switching and prefer to download your games digitally. Amazon could restock the PS5 Digital to mark Prime Day.View Deal

Watch Dogs Legion: was $59 now $19 @ Amazon
Reclaim London from a controlling force looking to exploit the citizens of the historic city in Watch Dogs Legion. You can recruit any character you see wandering the streets and use their unique abilities in your quest to overthrow the sinister Albion.View Deal

NBA 2K21: was $69 now $27 @ Amazon
NBA 2K21 is the most immersive basketball video game to date. With next-level visuals and the 2K series expected wealth of modes, you’ll struggle to put this one down. You may not be able to dunk in real life, but with NBA 2K21 on PS5 you’ll feel like a basketball superstar in no time. View Deal

Yakuza Like a Dragon: was $59 now $29 @ Amazon
Exclusive to the Xbox Series X at launch, Yakuza: Like a Dragon has made its way to PS5 and is now half-off in this Prime Day deal. Play as Ichiban Kasuga, a low-ranking grunt looking to make a name for himself in the Tokyo crime world. Expect over-the-top humor and intense turn-based battles. View Deal

Tony Hawk Pro Skater 1+2: was $49 now $41 @ Amazon
Packaging together from-the-ground-up remakes of the first two Tony Hawk Pro Skater games, this collection is the perfect nostalgia trip for long-time gamers. These skating sims have never looked or played better than they do on PS5. View Deal

Nioh Collection: was $69 now $49 @ Amazon
If you loved the brutal challenge of PS5 launch exclusive Demon’s Souls, then Nioh needs to be on your radar. This collection contains remastered versions of both games in the series. Journey through Sengoku-era Japan and face off against nightmarish foes. Prepare to die, a lot. View Deal

Western Digital 2TB Elements Drive: was $129 now $62 @ Amazon
While you can’t play native PS5 games from this USB storage drive, you can use it to store games when not in use. Plus it can hold PS4 games as well. The PS5 comes with a relatively small 825GB of storage space, so this drive is a must-have accessory to beef that up.View Deal

DualSense Wireless Controller: was $69 now $66 @ Amazon
The official Sony DualSense PS5 controller is rarely available for less than its usual price, which makes this small saving notable. This next-gen controller includes haptic feedback and adaptive triggers as well as a touchpad and an in-built microphone. Pick up a second controller to go alongside your PS5 console.View Deal

WD_BLACK P10 5TB Game Drive: was $149 now $129 @ Amazon
While you can’t use this drive to play PS5 games, you can store them on it freeing up some precious space on your 825GB internal drive. With 5TB to play with, even gamers with a huge collection of gamers will struggle to fill this WD_BLACK Game Drive. View Deal