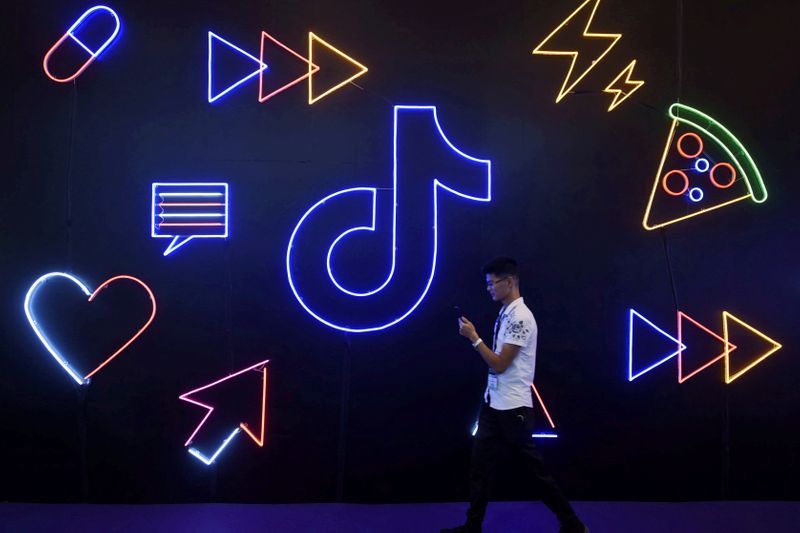 Look who is not freaking out.

Since July, TikTok users have braced for a threatened ban of the ultra-popular short-form video app in the United States, with some opening accounts on rival platforms and encouraging friends to do the same.

Then early on Sept 18 Reuters broke the news that the US government was preparing to block new users from downloading the Chinese-owned app from American app stores by Sept 20. As the news filtered through their social media, teens greeted it wearily but without the tears and the emotional outpouring expected of TikTok’s 100 million, mostly young fans.

“A lot of TikTok-ers are not super worked-up about this,” said Lauren Harrison, a 15-year-old TikTok user from Omaha, Nebraska with over 127,000 followers on the app.

Like many others, Harrison said she had previously opened accounts on other platforms, in preparation for a total ban. She has since deleted those apps off her phone.

“Because TikTok is not gone, I feel like people don’t feel the need to download (rival apps),” she said.

US President Donald Trump signed an executive order on Aug 6, setting a 45-day deadline for TikTok to be sold to an American company, citing concerns over national security.

While new US downloads of TikTok will not be allowed beginning Sunday, TikTok still has some weeks to convince Trump to lift his threat to impose a total ban from Nov 12.

Carter Kench, a 17-year old from Atlanta, Georgia, with 2.4 million TikTok followers, said he had been worried in July when he first heard about the threat of a ban. But in the months since then, “nothing happens,” he said.

“It’s kind of like the boy who cried wolf,” he said.

Brands that strike sponsorship deals with major TikTok stars are also underwhelmed by the ongoing saga, choosing to continue their work on the app until a ban appears, said Alessandro Bogliari, chief executive of The Influencer Marketing Factory, an agency that works with brands and social media influencers.

“People are a bit confused and bored by all this drama. They say that until something happens, let’s continue,” he said.

Several videos with hashtags that TikTok users have used to discuss the threat of a ban, including ‘TikTokBan’, and ‘SaveTikTok’, reached nearly two billion views by Friday. But many of those were posted in July.

A TikTok ban has been threatened “at least four times”, she said. “How many more?”

For users who have built up a massive TikTok following, “I’m sure for some of them this was the day of reckoning,” said Joe Gagliese, CEO of influencer marketing agency Viral Nation. Influencers will need to diversify their audience across other apps, he said.