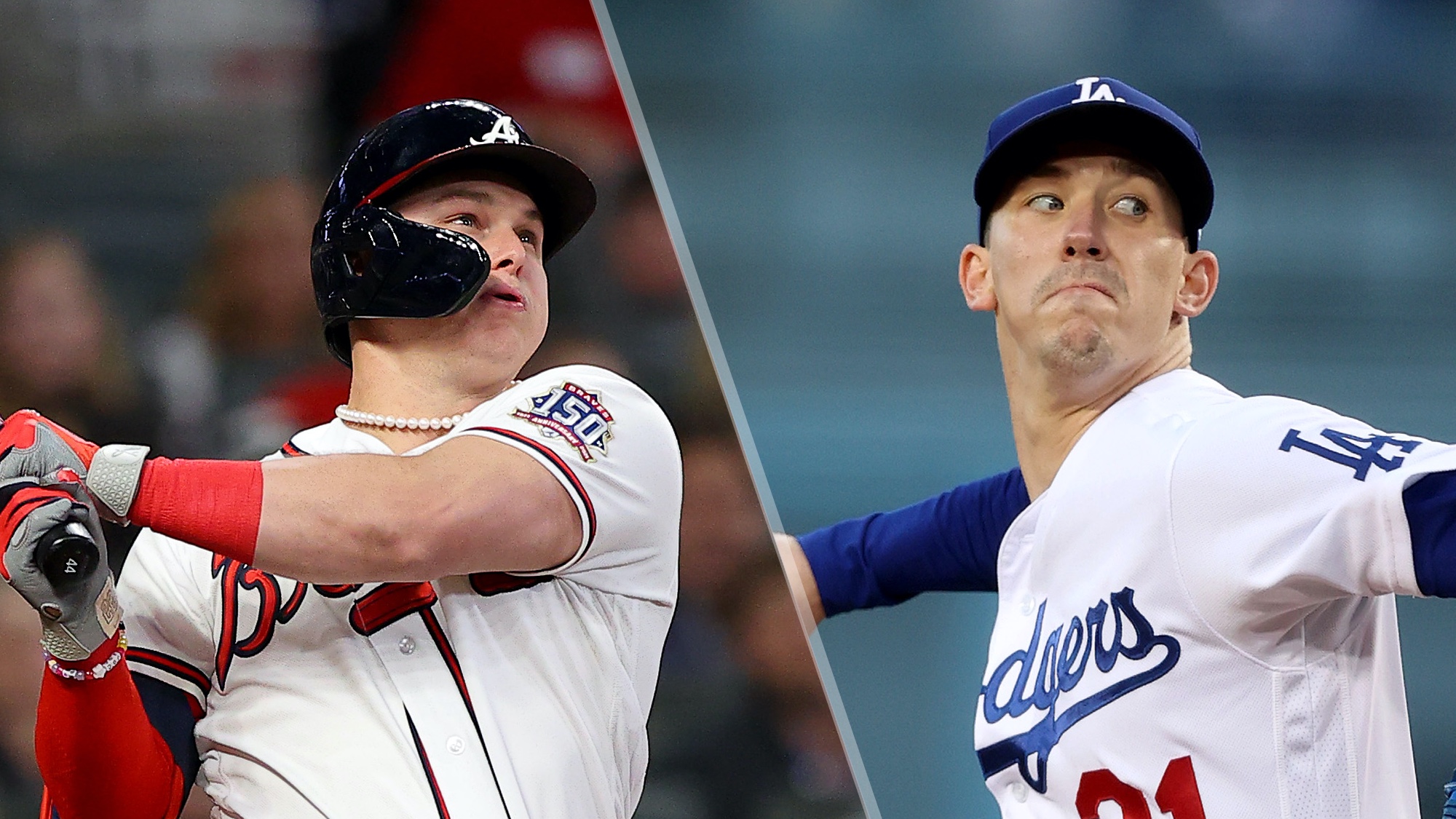 Today’s Braves vs Dodgers live stream has a lot to live up to compared to the first two games of this NLCS. Both games have ended in walk-off fashion with both ending in Atlanta’s favor. Los Angeles will try to get chalk up their first “W” of the series in this MLB live stream.

Game two of this NLCS was a game the Dodgers let slip away after taking a 2-0 lead in the first inning on a Corey Seager two-run home run. Then L.A. retook the lead in the seventh on a Chris Taylor two-out base loaded double. Taylor’s hit was also miss-played by Braves’ center fielder Guillermo Heredia. His folly allowed the Dodgers to put two runners in scoring position, then load the bases again on an intentional walk, but L.A. wasn’t able to capitalize as A.J. Pollock struck out to end the threat.

The Braves were able to come back in game two thanks to some big hits and a little gambling on the basepaths. Eddie Rosario put himself in scoring position in the eighth by tagging up on a ball hit to left, then scored on a shallow hit single to right by Ozzie Albies. The game one hero Austin Riley stepped up and tied the game at four when he smoked a double to center plating Albies. In the ninth, Rosario struck again this time with the walk-off RBI single. Braves took the game, 5-4.

Atlanta’s Joc Pederson continued his epic playoff run. The former Dodger now has a month named after him, at least according to Braves fans that have dumbed this month, “Joc-tober”.  Well, batting .357 in the postseason with three homers and seven runs batted in will do that for you. His latest long-ball was a game-tying two-run homer off Max Scherzer in the fourth inning.

Los Angeles will now look to bounce back as the series shifts to Dodger Stadium for games three and four. Walker Buehler gets the start for L.A. in game three against the Braves’ Charlie Morton. These two starters have had similar postseasons to this point. They’re both 0-1 in two starts and have an ERA in the same range, Buehler has an ERA of 3.38 while Morton has posted an 3.86 ERA.

The Dodgers’ lineup will get a boost in game three as Justin Turner returns from a neck injury. Turner is L.A.’s all time leader in postseason home runs. He’ll play third and bat fifth.

The Dodgers are 1.5-run favorites against the Braves. The over/under is 7.5.

How to watch Braves vs Dodgers live stream from anywhere

If you’re away from home and so can’t watch the Braves vs Dodgers live stream, you can still see the game. Using the best VPN makes it so that you can appear to be surfing the web from your home town, so you can access the same streaming services you already pay for.

Here’s how easy it is to stream baseball from anywhere in the world:

Braves vs Dodgers live streams in the US

In the US, Braves vs Dodgers is going to be broadcast on TBS, which is available with most cable packages and on one of best streaming services: Sling TV.

Sling TV‘s $46 Sling Blue + Sports Extra is the best option for streaming the whole MLB post-season, with the MLB Network, Fox in select markets, FS1 and the Turner channels including TBS.View Deal

Braves vs Dodgers live streams in the UK

You can watch Braves vs Dodgers live stream across the pond on BT Sport for TBS’ coverage of the game.

Braves vs Dodgers will get underway at  10:08 p.m. local BST Tuesday night.

Another option for non-BT subscribers is the BT Sport Monthly Pass (£25), which lets you watch via an app for a fixed time, with no need for a lengthy commitment.

All sounds great, right? But if you’re not in the U.K., you can still follow the games by using one of the best VPN services, such as ExpressVPN.