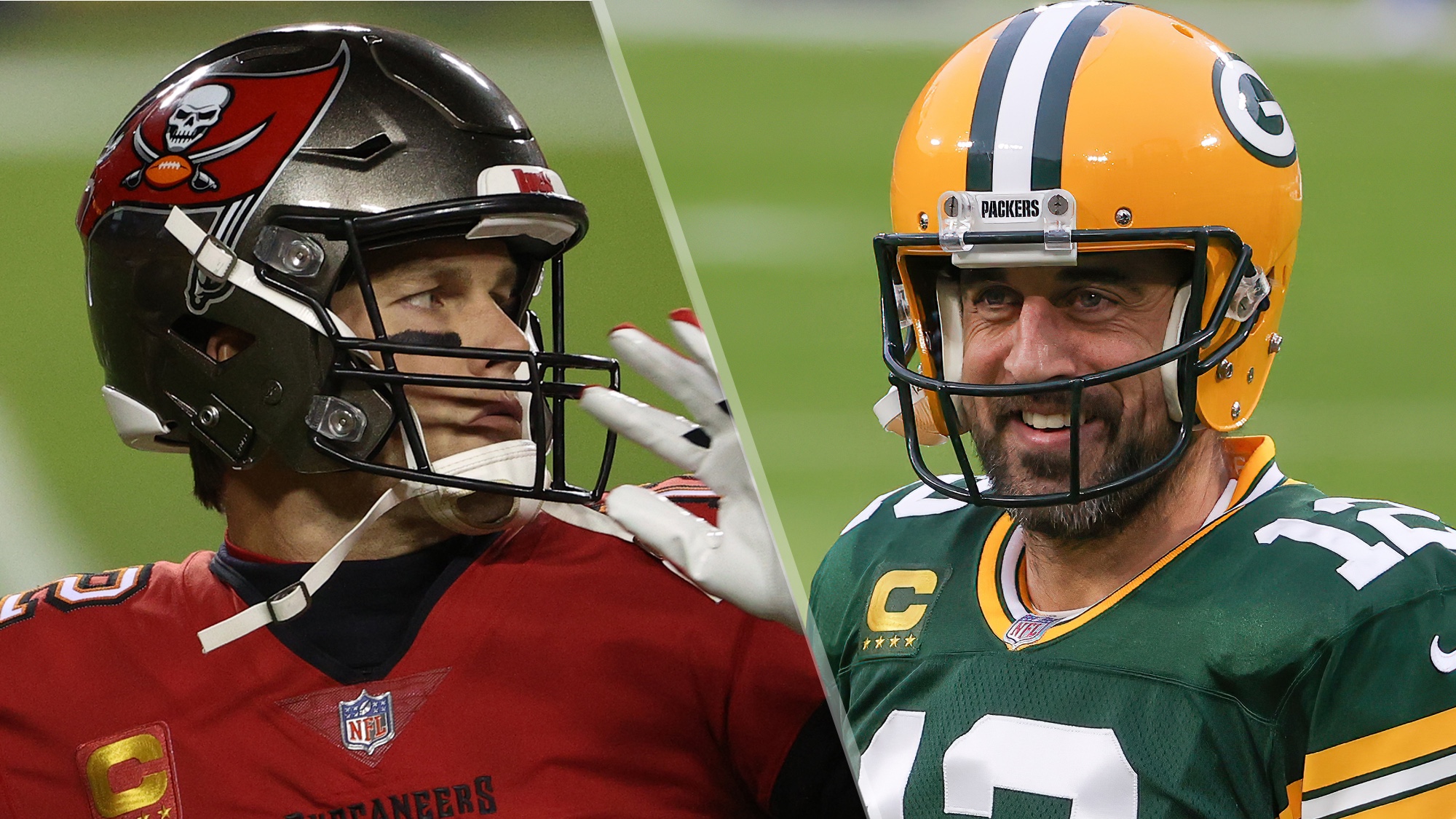 This Buccaneers vs Packers live stream is going to be one for the ages. Sure, last week’s ‘Brady vs Brees’ divisional match-up was historic, but this week’s NFC Championship pairing features another two Canton-bound quarterbacks on the NFL’s most hallowed ground, Green Bay’s Lambeau Field. And the winner gets to star in the Super Bowl 2021 live stream.

Tom Brady has only played two games at Lambeau in his 21-year career. He’s won one and lost the other. That loss came to the quarterback he’ll be battling in this NFL live stream, Aaron Rodgers. Though Rodgers took that game back in 2014, Brady has won their last two meetings, including this past October.

In that week 6 match-up in Tampa, Brady’s Buccs beat up on the Packers, 38-10. Rodgers was sacked four times and threw two interceptions while compiling a passer rating of 35.4, his lowest of the season. Rodgers only threw five picks all year and ended the regular season with a league-high, 121.5 passer rating. Brady did throw two touchdowns in the match-up, but the star of the game was Buccs’ running back, Ronald Jones II who rushed for 113 yards and two touchdowns.

How to watch Buccaneers vs Packers live stream with a VPN

Football fans, if for some reason you’ve had to leave your own “bubble” — or you can’t get FOX where you are for some strange reason — and you can’t watch the Buccaneers vs Packers live streams you want, you’re not out of luck. With a virtual private network, or VPN, you can appear to be surfing the web from your home town (or somewhere that blackouts won’t hit), and access the same streaming services you already paid for.

Buccaneers vs Packers live streams in the US

In the US, Buccaneers vs Packers is going to be broadcast on Fox, which is available with most cable packages and on two of our favorite streaming services fuboTV and Sling TV. The game starts at  3:05 p.m. ET / 12:05 p.m. PT, on Sunday, January 24.

If FOX, ESPN, NBC and NFL Network have typically been enough to get you all the football you need, you could rely on Sling (which doesn’t include CBS or NFL RedZone).

It’s a case of “you get what you pay for” as Sling Orange & Blue (which you’d need to get ESPN, FOX, NBC and NFL Network) costs $45 per month, while the Fubo TV Standard package gives you all of the above, for $59.99 per month.

Fubo.TV: Not only does it have FOX, but it’s of the best streaming services with NFL Network, and the top pick for watching all of the 2020 NFL live streams, Fubo has all of the right network channels and the two cable channels you don’t want to go without. Who needs cable? Not Fubo subscribers. It’s got a 7-day free trial so you don’t need to pay up front.View Deal

If you can stand to miss CBS games, Sling TV provides a middle ground. The $45 per month Sling Orange + Blue package has NFL Network for this game, as well as local NBC affiliates and ESPN.View Deal

Buccaneers vs Packers live streams in the UK

American football fans across the pond can watch Buccaneers vs Packers, as Sky Sports has the game at 8:05 p.m. local BST. Sky Sports NFL and Sky Sports Main Event are the standard channels for watching NFL games in the U.K.  Sky Sports features more than 100 live games this season.

Get in, folks, we’re going to Da Zone. Or to be more specific, Canadian football fans will need DAZN to watch Buccaneers vs Packers live streams in Canada.