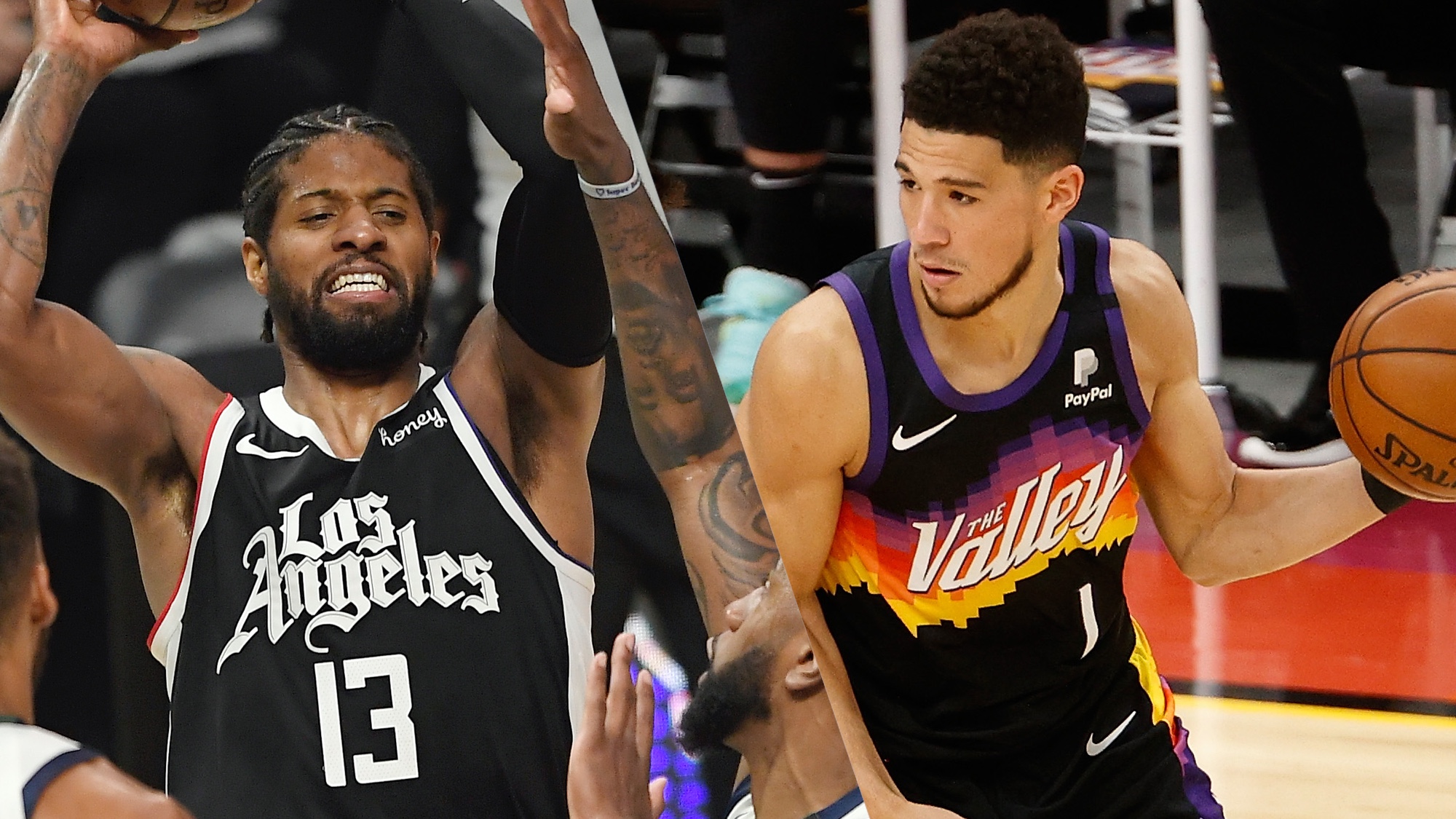 The Clippers vs Suns live stream has two rosters trying to make up for the absence of their key contributors. The Clippers have had a few games to adjust, while the Suns will try to figure it out in this NBA playoffs live stream.

Chris Paul had been on a tear this postseason. The 36-year old was coming off a sweep of the Nuggets where he averaged 25.5 points and 10.3 assists-per-game. Now his postseason is on hold. Wednesday morning news broke that Paul entered the league’s COVID protocol, sideling him indefinitely. With Paul out, the Suns will have to rely on Cameron Payne who has played well as Paul’s back-up throughout the playoffs. The 26-year-old Payne is averaging 10 points in 20 minutes-per-game in the playoffs.

The Clippers have already had to adjust to life without a star in the playoffs. Since learning of Kawhi Leonard’s ACL injury that has him out indefinitely, L.A. has been leaning on Paul George. The seven-time all-star scored 30 or more points in three straight games against the Jazz before helping to close out that series with a 28-point night.

The Suns go into Game 1 having not played in a week as they awaited their opponent, while the Clippers wrapped up their seven-game-series with Utah Friday night. Phoenix is a 4.5-point favorite in Game 1. The over/under is 221.5.

How to avoid Clippers vs Suns blackouts with a VPN

If you’ve had to leave your own “bubble” — or you’ve been hit by a dreaded local blackout — and you can’t watch Clippers vs Suns live streams on cable, you’re not out of luck. With a virtual private network, or VPN, you can appear to be surfing the web from your home town (or somewhere that blackouts won’t hit), and access the same streaming services you already paid for.

Clippers vs Suns live streams in the US

If you’ve already cut the cord and don’t have a cable package, you’ll be able to get this game on Sling TV (we love FuboTV for a lot of sports, but it doesn’t have TNT).

ESPN and TNT are both included in the Sling Orange package, which costs $35. Sling will be a perfect place to watch all of the NBA playoffs, as ABC games will simulcast on ESPN3, and Sling Orange gets you TNT, ESPN, ESPN3, and its Sports Extra pack gets you NBA TV.

Sling and Fubo are two of the picks on our best streaming services list, but we go with Sling here even though it doesn’t have ABC (though you can get it with one of the best TV antennas), as those games will be on ESPN3.

Sling TV: You can get ESPN and TNT in the Sling Orange package. The 30-plus channels in the lineup include AMC, CNN, Food Network, AMC, Comedy Central, HGTV and many more.View Deal

Clippers vs Suns live streams in the UK

British basketball fans have had a bad run of luck on Sky Sports but that stops here. Sky Sports Arena hosts the Clippers vs Suns live stream, starting at 8:15 p.m. BST.

NBA League Pass is also available in the U.K., as an alternative.

Hoops fans in Canada may not be able to watch the Clippers vs Suns live stream? Neither TSN nor SportsNet are showing it on their schedule at the time of publishing, we will update this story accordingly once we learn more.