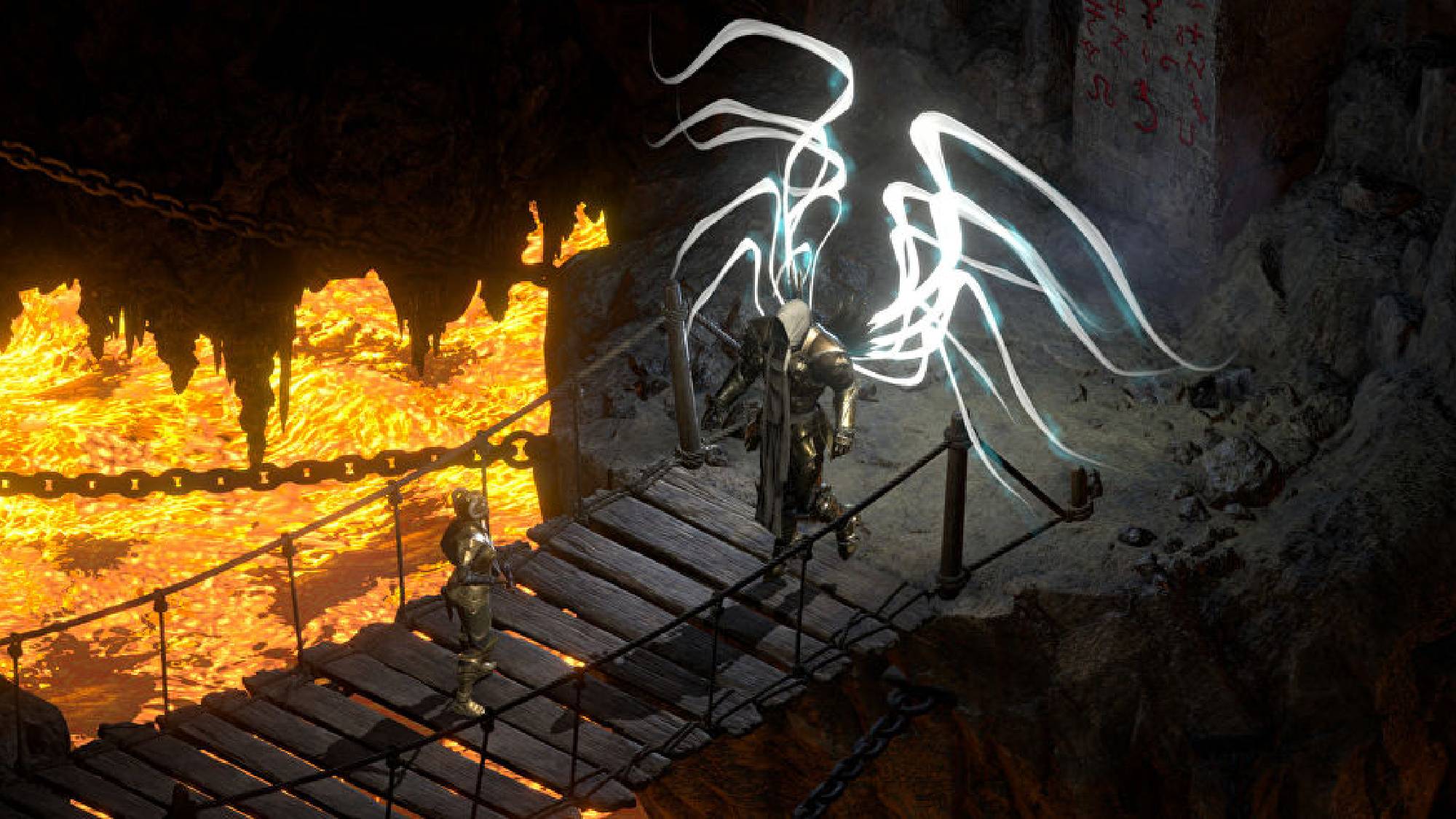 The PS5 looks set to be the place to play Diablo 2: Resurrected as it will tap into the powerful haptics of the DualSense controller, something the Xbox Series X can’t really compete with.

During a BlizzCon 2021 interview, flagged by UnGeek, developer Robert Gallerani said: “We’re still working on how we want to use the [PS5 controller] but the haptic feedback on the controller is a really exciting thing, and so we want to make sure that we take advantage of that.”

For those who don’t know, Diablo 2: Resurrected take the now legendary but archaic Diablo 2 and remasters it for the PS5, Xbox Series X, PC and Nintendo Switch. Such a remaster across a bevy of platforms is promising, but it’s good to see the game will be looking to take advantage of the PS5’s unique, if not perfect, controller.

The DualSense controller has earned plenty of plaudits since its launch last November. Specifically, the haptic feedback, which uses precise vibrations to simulate the feeling of what’s going on in the game, has received praise from both press and gamers alike.

It’s not hard to imagine how this technology could be successfully implemented into Diablo 2: Resurrected. Being able to feel the power of every spell you cast or the weight of swinging a gigantic axe would certainty add a new dimension to the game.

The DualSense also offers adaptive triggers, shoulder buttons that can offer varying degrees of resistance depending on the situation in-game. Hopefully, this is another PS5 exclusive feature that the Diablo 2 remaster will use.

Despite the impressive second-generation Xbox Wireless Controller and the HD rumble in Joy-Con controllers, neither the Xbox Series X or Nintendo Switch respectively, have the level of haptic feedback to compete with the DualSense controller. So this could mean Diablo 2: Resurrected will be best played on Sony’s games console, providing you can find where to buy the PS5.

Diablo 2: Resurrected is being developed by Vicarious Visions who have become know as remake specialists in recent years after working on Crash Bandicoot: The N.Sane Trilogy and last year’s Tony Hawk’s Pro Skater 1+2 Remaster — it’s safe to say Diablo is in good hands.

We don’t have a confirmed release date yet beyond “this year.” But fingers crossed we’re not waiting too long to get the opportunity to dive back into this classic game and experience it with modern bells and whistles.

Of course, not everyone is completely sold on the additional features packed into the DualSense controller, some players have even fallen out of love with it already. So fingers crossed Vicarious Visions allow these features to be switch on or off based on preference.

While Diablo 2: Resurrected will also be launching on PS4 (alongside just about every other system under the sun), most gamers will likely want to play this enhanced version of the game on the most powerful consoles on the market.