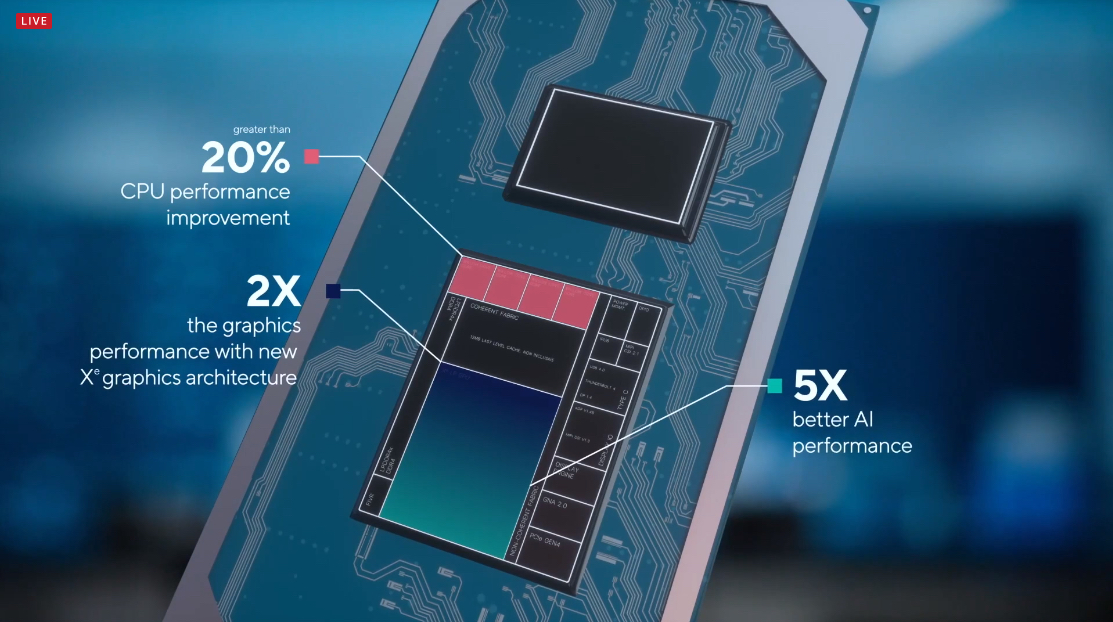 It’s not a good time to buy a new Windows or macOS laptop. The incoming Intel Tiger Lake processors are promising not only a boost in CPU performance but a serious hike in graphics power. And early tests of the chip are proving it’s worth waiting to buy a laptop with them in.

Tech YouTuber The Tech Chap got his hands on a pre-production model of an MSI Prestige 14 with an Intel Core i7-1185G7. That’s the most powerful chip in the Tiger Lake linue up and comes with Intel’s new Xe integrated graphics with 96 execution units.

Processor performance with the quad-core Core i7-1185G7 is set to deliver a reasonable boost in power over the 10th Gen Intel Ice Lake chips found in the likes of the Microsoft Surface Laptop 3. But the graphics performance is where the Tiger Lake chips really offer a big boost.

A variety of benchmarks and tests carried out by The Tech Chap revealed that the Core i7-1185G7 outperforms a lot of laptops with Ice Lake CPU and their Iris Plus graphics, as well as machines with dedicated Nvidia MX350 GPUs. It also has better performance than a laptop with AMD Ryzen 7 4800U with its Vega 8 graphics.

In real-world use this will improve photo and video editing performance, as it allows for ultraportable laptops to actually run some modern games at acceptable frame rates.

The Tech Chap did note that there were some driver issues and crashes when gaming. But it’s still early days for the Tiger Lake chips. The YouTuber also highlighted that the MSI Prestige 14 is a little thicker than other ultraportable laptops and has better cooling, meaning it’s likely to get more out of the Core i7-1185G7 than some upcoming super-slim laptops.

Nevertheless, the chip managed to deliver solid performance in games like Rainbow Six Siege and Fortnite. And that’s before the Tiger Lake chips have been let out into the wild and thus exposed to more optimisation and driver updates.

In short, Intel’s Tiger Lake chips are promising to give ultraportables a big upgrade. And that’s why you should hold off buying a new MacBook Air, MacBook Pro, or Windows 10 laptop yet.

Apple is planning to move away from Intel chips with its Apple Silicon initiative. While we expect to see a MacBook with an ARM-based chip this year or early next year, the MacBook Air and MacBook Pro are still likely to use Intel’s processors for another 12 months or so.

That means if you want to get a new MacBook, we suggest you hold out a little longer as there’s a good chance Apple will pop the Tiger Lake chips into refreshed versions of its Mac machines. And that’ll give them a boost in graphics power without the need to opt for a dedicated or external GPU.

Going by the leaks so far, we could see a brand new 12-inch MacBook with an ARM-based chip, as well as a 13-inch MacBook Pro with a custom chip. If Apple decides to drop Intel chips from its MacBook range completely, then the above point of holding fire on buying a new Mac machine stands; it’s definitely worth waiting for Apple Silicon or Intel Tiger Lake-powered MacBooks.

The same can be said for WIndow 10 laptops. We’re expecting new laptops from Lenovo, MSI, Dell, Asus and Acer to all have Tiger Lake chips, And we’d bet a substantial amount of money that the Microsoft Surface Laptop 4 will make use of Tiger Lake chips.

So not only are we seeing new games consoles in the form of the PS5 and Xbox Series X this fall. But also more powerful laptops, the GeForce RTX 3080, AMD Big Navi, and the iPhone 12. Winter is coming, and so is a lot of new tech.