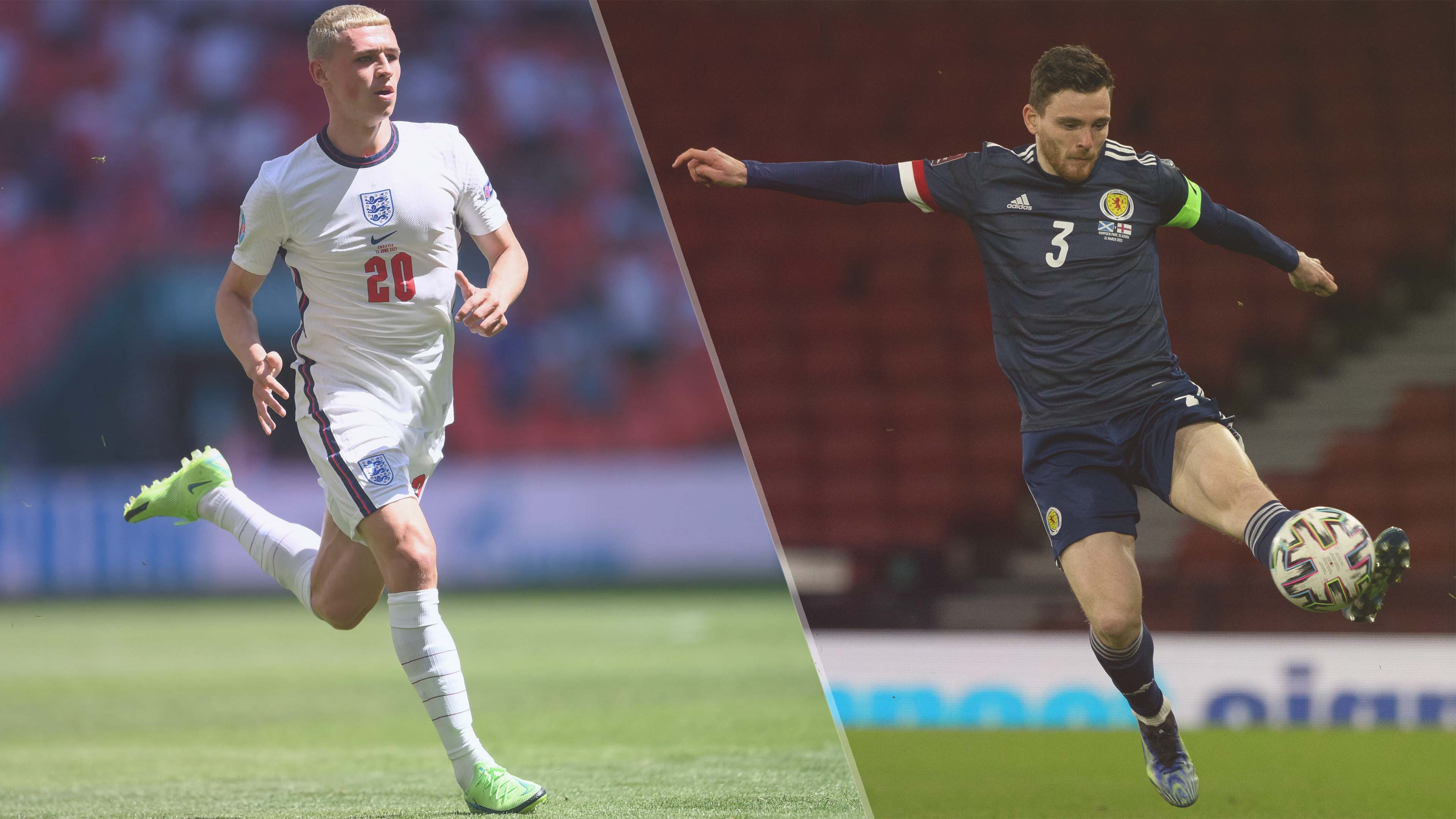 The England vs Scotland live stream is about to start, and it could see England qualify for the next round of Euro 2020. Or the match could see Scotland head back up north with local bragging rights and a real chance of making the last 16 themselves.

The last time these two teams met at Wembley in a European Championship was back in 1996, when England famously won 2-0 thanks to a wonder goal by Paul Gascoigne and a Gary McAllister penalty miss. A quarter of a century later, the home side will instead be looking to the likes of Phil Foden, Raheem Sterling and Harry Kane to spearhead their attack.

Scotland have some talented players of their own and certainly shouldn’t be dismissed. Liverpool’s Andy Robertson, Manchester United’s Scott McTominay and Aston Villa’s John McGinn are all Premier League mainstays, as is the back-from-injury Kieran Tierney of Arsenal. Here are the teams:

What about the odds? England is down as the favorite:

And if you want to see the full fixture list, groups, TV schedule and more, simply head over to our main How to watch Euro 2020 hub.

How to watch the England vs Scotland live stream for free

The England vs Scotland live stream is available for free in the U.K., and that means you can watch it from anywhere in the world without needing to spend any money.

That’s because you can tune in to free U.K. coverage via one of the best VPN services, even if you’re not at home right now.

The England vs Scotland live stream, for instance, is available for free on the ITV Hub — just remember that you need to have a valid TV licence to be able to watch the channel.

A VPN, or virtual private network, makes it look as if you’re surfing the web from your home country, rather than the country you’re in. That means you can access the streaming services you already pay for, even when you’re not sat on your sofa in your front room.

We’ve tested plenty of the best VPN services and our favorite right now is ExpressVPN. It’s fast, works on loads of devices and even offers a 30-day money-back guarantee.

Soccer fans in the U.S. can watch the England vs Scotland live stream on ESPN. Got that as part of your cable package? Then you’ll also be able to stream it through the ESPN website. Either way, it starts at 3 p.m. ET / 12 p.m. PT.

If you’ve already cut the cord, you can instead look to Sling TV: the Sling Orange package costs $35 per month and comes with more than 30 channels including ESPN. Plus, Sling is also offering a 30-day trial for the bargain price of $10 right now.

Or you could try Fubo.TV. It’s a little more expensive, at $65 per month, but you get 117+ channels here, including ESPN.

If you’re usually based in the U.K. and have a valid TV licence, but you’re in the U.S. at the moment, you can watch the England vs Scotland live stream for free by using a VPN such as ExpressVPN to access the ITV Hub.

Sling TV offers two packages, both priced at $35/month. The Sling Orange plan comes with 30-plus channels and includes ESPN. Sling is currently offering $25 dollars off the first month.View Deal

If you love sports, check out Fubo.TV. It’s got a 7-day free trial so you don’t need to pay up front and has dozens of sports channels, with ESPN among them. View Deal

In the U.K., the England vs Scotland live stream will be available to watch for free on ITV or the ITV Hub. The match kicks off at 8 p.m. BST, with pre-game analysis and commentary starting at 7 p.m to help get you in the mood.

But if you’re not in the U.K. and have a valid U.K. TV licence, you can still follow every Euro 2020 game by using one of the best VPN services, such as ExpressVPN.

How to watch the England vs Scotland live stream in Canada

Canadians who won’t be in the country at the time of the game, but who subscribe to TSN or TVA. can still catch the England vs Scotland live stream on their usual services. All they’ll need is one of the best VPN services.

How to watch the England vs Scotland live stream in Australia

Optus Sport will be showing every Euro 2020 game in Australia, which means Aussies can watch the England vs Scotland live stream via its dedicated mobile or tablet app, as well as Chromecast and Apple TV.

If you’re not currently in Australia, you can use a VPN to watch all the action on your Optus account, just like if you were back home.

Want more on Euro 2020? Check out our full How to watch Euro 2020 hub, for fixtures, TV listings, group guides and more.