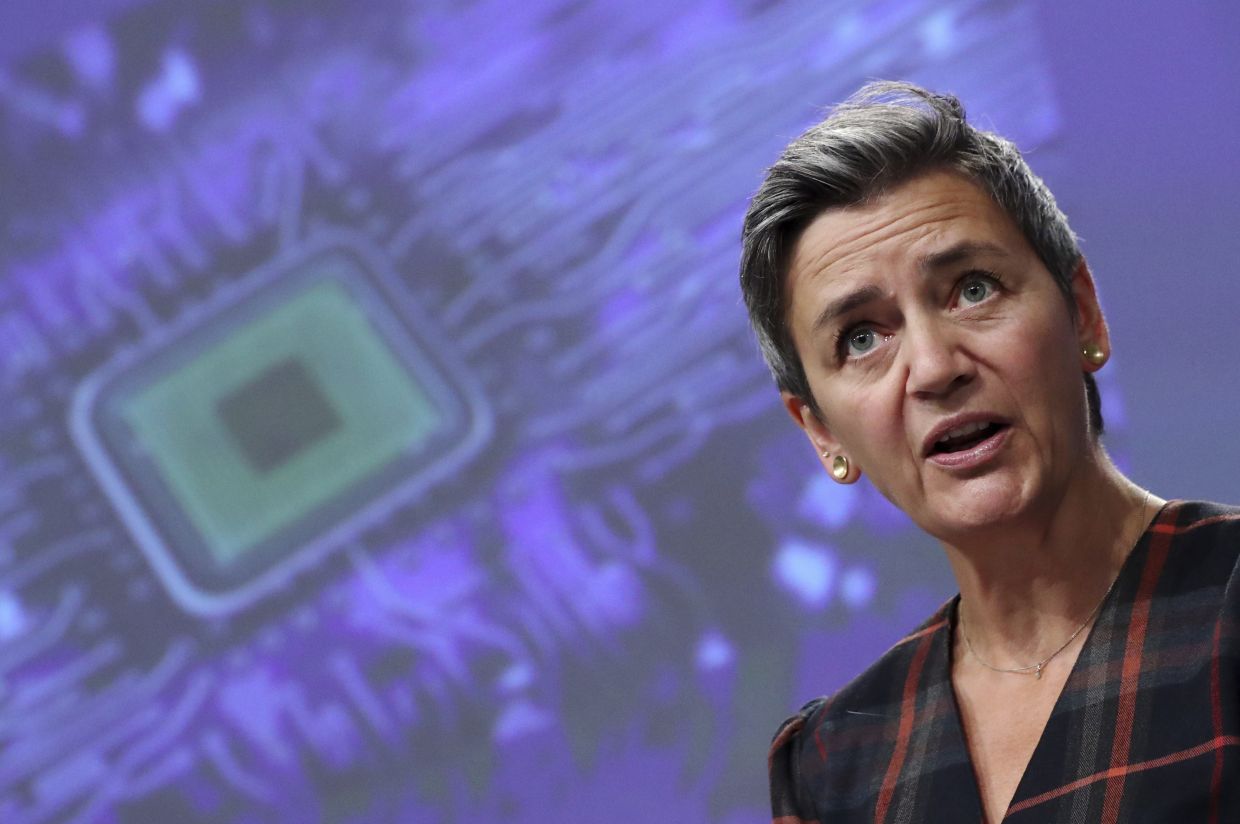 LONDON: The European Union is set to propose new laws to rein in the power of big tech companies, including measures to ensure customers are protected, smaller rivals are treated fairly, and illegal content is dealt with, the bloc’s digital and antitrust chief said on Oct 29.

Executive Vice President Margrethe Vestager outlined two draft laws that the EU’s executive Commission plans to introduce in early December. They amount to a sweeping overhaul of digital regulations, though the final version will depend on negotiations with the EU Parliament and the bloc’s 27 member states.

The first, the Digital Services Act, aims to update EU e-commerce rules by making tech companies take more responsibility for dangerous products, such as requiring them to check sellers’ ID in order to weed out “dodgy traders”. But it will also place a greater onus on the companies to deal with illegal content such as hate speech, including reporting on what they’ve done to take down that material.

Vestager signalled that tech companies would have to reveal more about how they decide what users see, saying that they now have the power to guide political debates and protect or undermine democracy.

“They will have to tell us how they decide what information and what products to recommend to us, and which ones to hide – to give us the ability to influence those decisions, instead of simply having them made for us,” Vestager said. “And they have to tell us who’s paying for the ads that we see, and why we’ve been targeted by a certain ad.”

US lawmakers raised similar concerns in a Senate hearing on Oct 28, during which they accused the CEOs of Twitter, Facebook and Google of suppressing conservative views or criticised them for slowness in policing hate speech, misinformation and other content inciting violence.

Tech companies will be banned from giving their own products more prominence in search results. And they’ll be prohibited from using data gathered from their business users to compete against them in other markets, which Vestager said can “seriously damage the fairness in these markets.” She spoke in an online speech to the European Policy Centre, a Brussels-based think tank.

Big tech companies will also have to make it easier for users to switch platforms, or to use more than one online service, she said. EU regulators have been concerned that some companies can monopolise a market by cornering all its users and data – the lifeblood of the digital economy.

Proper enforcement is also important, and the draft proposals call for better cooperation among national authorities in the European Union.

“And it will give the EU power to step in, when we need to, to enforce the rules against very large platforms,” Vestager said. – AP