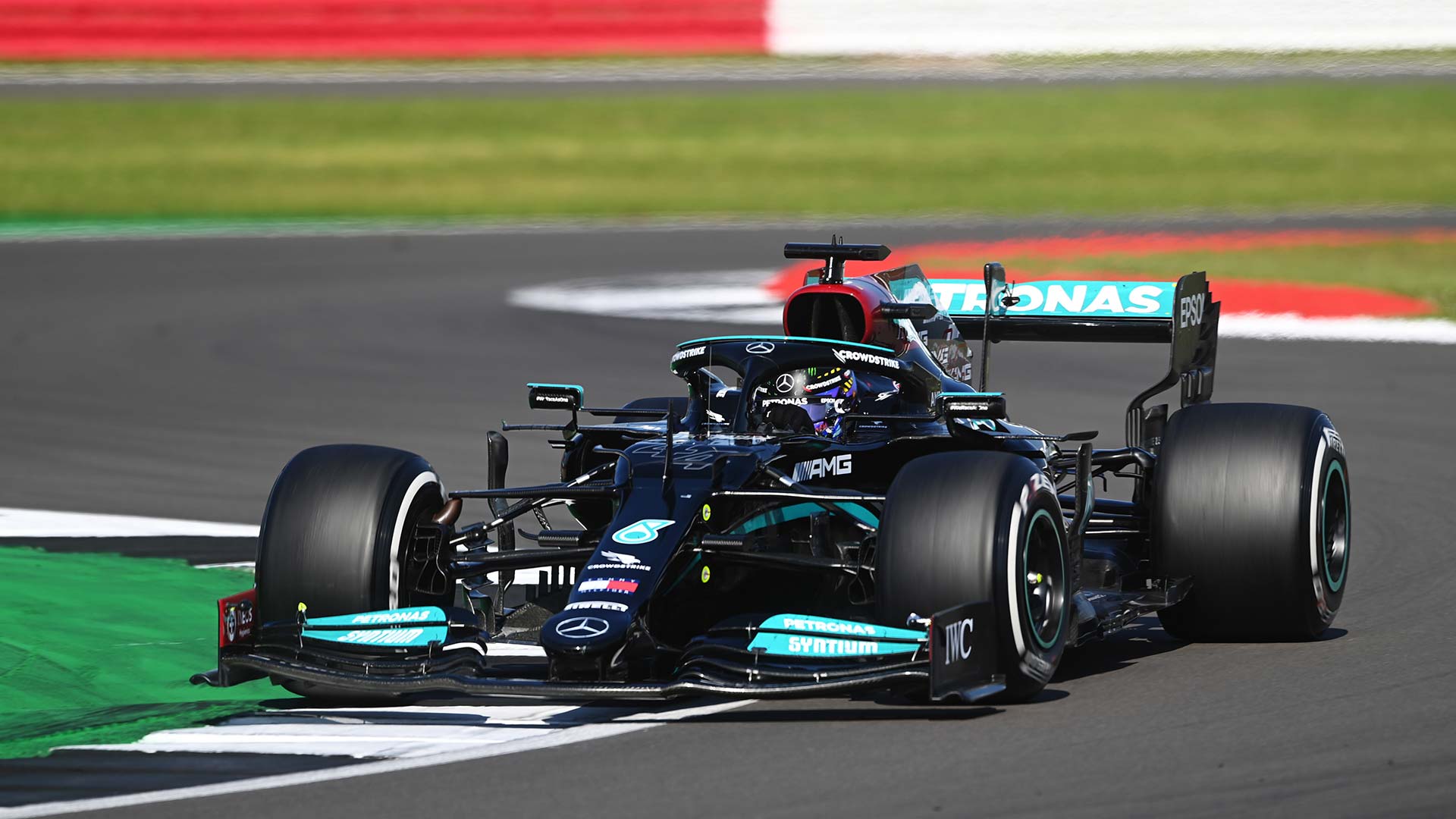 The qualifying session of the F1 Hungarian Grand Prix live stream is almost upon us and after the drama of the last race, we don’t quite know what to expect!

The British Grand Prix was another classic in what is shaping up to be one of the best F1 seasons in years. At the heart of the action — of course — were Lewis Hamilton and Max Verstappen, undisputed legend and young pretender respectively.

The pair collided on the first lap, as the tension that has been building all season boiled over. Verstappen crashed out and Hamilton was given a penalty, but drove superbly to cut through the field and take a famous victory.

That wasn’t the end of the drama though, with Red Bull’s Verstappen branding his Mercedes rival “disrespectful” and “unsportsmanlike” and team principal Christian Horner saying the Brit had made “an amateur mistake.”

The action has now moved on to the twisty, turny Hungaroring in Budapest for the F1 Hungarian Grand Prix, a circuit that offers few opportunities for overtaking. That means qualifying could be crucial. But it also means we could well see more fireworks if Hamilton and Verstappen are in close proximity.

Based on the practice sessions, it’ll be close again: Verstappen topped the first session, Valtteri Bottas the second and Hamilton the third.

It’s all set up nicely for qualifying very soon — and you can watch it all online via an F1 Hungarian Grand Prix live stream. Read on to find out how to do just that.

It’s natural that you might want to watch the F1 Hungarian Grand Prix live stream from your home country, but what if you’re not there when the race is on?

Look no further than a VPN, or virtual private network. A VPN makes it look as if you’re surfing the web from your home country, rather than the one you’re in. That means you can access the streaming services you already pay for, from anywhere on Earth. Or anywhere that has an internet connection, at least.

For instance, a Brit who’s currently in the U.S. could watch the F1 Hungarian Grand Prix live stream on Sky Sports, even though they’re not in the U.K.

They’re totally legal, inexpensive and easy to use. We’ve tested lots of the best VPN services and our favorite right now is ExpressVPN. It’s fast, works on loads of devices and even offers a 30-day money-back guarantee.

Safety, speed and simplicity combine to make ExpressVPN our favorite VPN service. It’s also compatible with loads of devices and there’s a 30-day money-back guarantee if you want to try it out.View Deal

3. Sit back and enjoy the action. Head to Sky Sports or another website and watch the race.

ESPN is the place to turn for the F1 Hungarian Grand Prix live stream in the U.S., and there are several ways you can access it.

As well as being available through your cable service across the weekend, you can also stream the race via the ESPN app, or on the Watch section of ESPN’s website. However, you’ll need to authenticate with your satellite, cable or live TV provider credentials to watch any sessions. Also note that Formula 1 is not available on ESPN Plus, ESPN’s standalone streaming service; you need access to live ESPN channels.

ESPN is available through most cable packages as well as cable TV replacement services, including Sling TV, Fubo.TV, YouTube TV and Hulu with Live TV. Either way, coverage of the big race starts at 9 a.m. ET on Sunday.

If you don’t want to pay for live ESPN in some fashion or another, your best alternative is F1 TV Pro. This is F1’s own official F1 live stream service, and as with ESPN’s own coverage, it uses the feed from Sky Sports F1.

F1 TV Pro costs $10 per month or $80 for the season, which is much better value considering there are set to be 23 races this year. Plus you also get Formula 2, Formula 3 and Porsche Supercup races, and F1’s archive of classic Grands Prix.

And remember, if you’re usually based in the U.S. but aren’t there at the moment, you can still watch the services you already subscribe to via a VPN such as ExpressVPN — meaning you can view an F1 live stream from anywhere in the world.

If you’re not already a Sling TV subscriber, you’ll want Sling Orange in order to watch ESPN. This costs $35/month and includes dozens of other great channels. View Deal

Love sports? Then check out Fubo.TV. It’s got a 7-day free trial so you don’t need to pay up front. The channel lineup includes ESPN, plus other top networks including Bravo, FX and MTV.View Deal

As usual, Sky Sports F1 will show all of the Hungarian Grand Prix action, and in up to 4K resolution.

You’ll need to be a Sky Sports subscriber to watch the F1 Hungarian Grand Prix live stream: the Sky Sports F1 channel is available for £18 per month, and there are packages available that give you lots more channels for only a bit extra.

To follow it in ultra high-definition 4K, you’ll need to pay a little more: you’ll need a Sky Q set-top box and a package that includes both Ultra HD and Sky Sports F1. In total, that’d come to £45 a month, plus a £20 one-off payment if you’re not an existing subscriber.

A far cheaper option is to buy a Now Sports Pass. This will give you all 11 of the Sky Sports channels for a limited time, with pricing starting at £9.99 for a Day Pass and £33.99 for one month. There’s no 4K available here though.

Again, if you’re usually based in the U.K. but are elsewhere at the moment, you can still watch the services you subscribe to by using one of the best VPN services.

TSN airs all Formula 1 races in Canada in English, while RDS has coverage in French. F1 TV Pro also remains an option for fans looking for an F1 live stream.

All sessions are broadcast on TSN, and if you receive the network through your cable or satellite provider, you can use TSN Go by signing in with your TV service credentials. Cord-cutters will want to check out TSN Direct, which comes in day- and month-long passes for $8 or $20 CAD, respectively. The TSN app will allow you to live stream the race from your phone, streaming box or supported device.

Not actually in Canada at the moment? ExpressVPN and other VPN services can help you access the services you already subscribe to.

Kayo Sports is another option. This service offers new subscribers a 14-day free trial, while one-month subscriptions start at $25.

You can also use one of the best VPN services to follow the action from your home country even when you’re elsewhere.