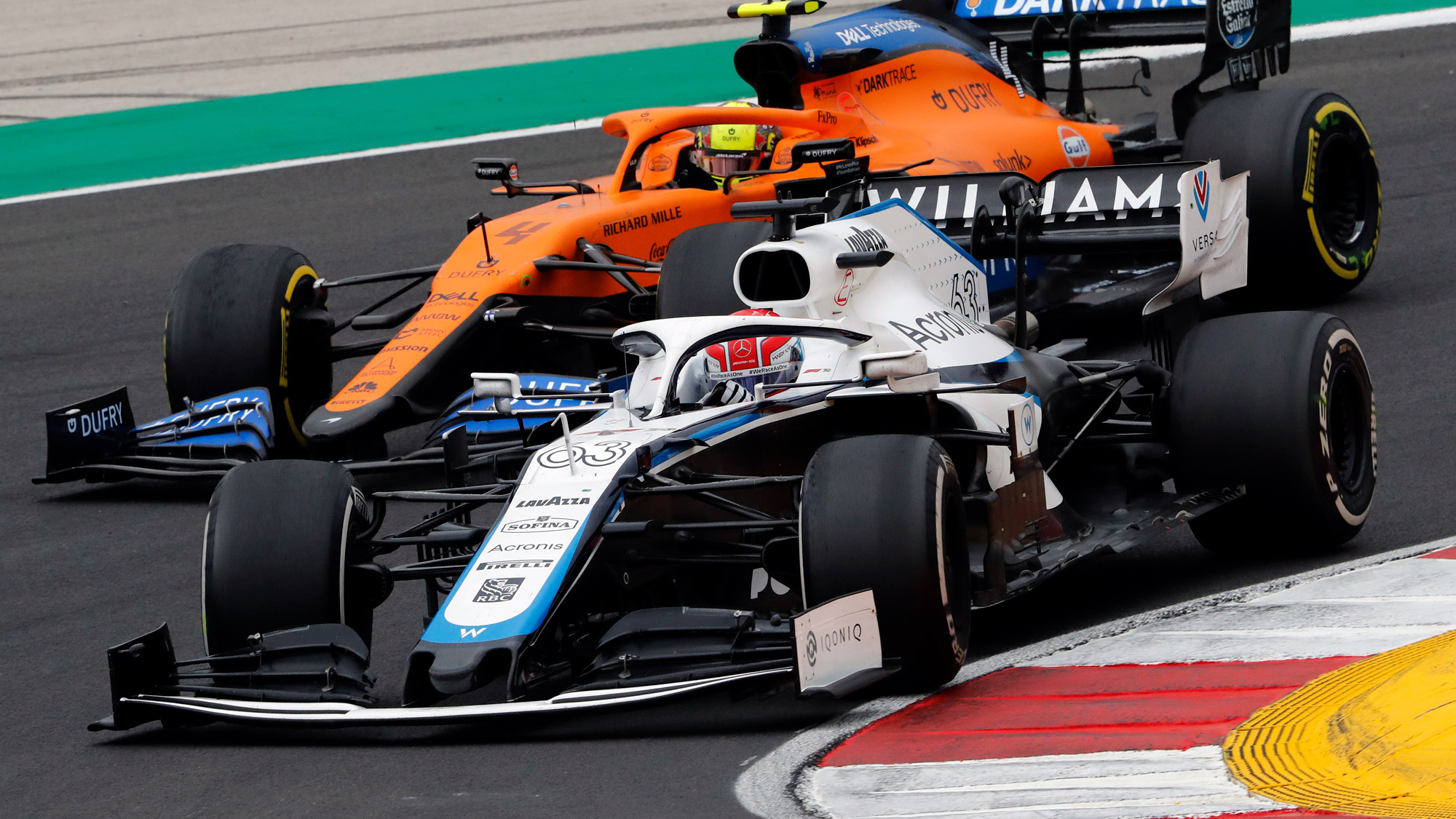 This is a shortened weekend, so rather than the typical three days of on-track action, there’s only two. The lone practice session is scheduled for Saturday, Oct. 31 at 5 a.m. ET, while qualifying kicks off four hours later, at 9 a.m. ET.

A week after Lewis Hamilton made history breaking Michael Schumacher’s all-time wins record, F1 rolls onto the next contest at the storied Imola circuit in San Marino, Italy. Here’s everything you need to know to start up an F1 live stream and capture all the action from the Emilia Romagna GP.

It’s plain to see Mercedes and Hamilton are positioned perfectly for another title, so most of the storylines surrounding the return to Imola have been related to the current state of the driver market and what that may portend for next season.

Red Bull’s Alex Albon is facing an uncertain future, given a string of underwhelming performances that have left the Austrian team wondering whether it’s time to move on for good. Williams’ George Russell and Racing Point’s Sergio Perez are also implicated in this game of F1 musical chairs. And with Haas confirming an intention to move on from Romain Grosjean and Kevin Magnussen for 2021, we’re all but certain to see even more new faces.

The 2020 F1 Emilia Romagna Grand Prix kicks off at 7 a.m. ET on Sunday, Nov. 1. Be aware this is an abridged weekend of sorts, with no on track sessions scheduled Friday and just one practice session ahead of qualifying on Saturday.

If you’re abroad and unable to use the streaming service you already pay for to watch the race, you don’t need to turn to a low-quality, glitchy workaround. Instead, use a virtual private network, or VPN, which can help you connect to your desired service through a U.S. server and watch the race without any needless frustrations.

We’ve evaluated many VPN services, and the best VPN top pick is ExpressVPN. It meets the VPN needs of the vast majority of users, offering outstanding compatibility with most devices and impressive connection speeds.

ExpressVPN really shines thanks to its safety, speed and simplicity-to-use. It’s also compatible with loads of devices – from iOS and Android to Roku, Apple TV and PlayStations. You’ll even get an extra 3 months free if you sign up for a year, or there’s a 30-day money-back guarantee if you just want to give it a try.View Deal

F1 live streams: Emilia Romagna Grand Prix in the US

For those watching the Emilia Romagna Grand Prix on TV in the U.S., the weekend’s lone Saturday practice will be broadcast on ESPN, while qualifying and the race will be shown on ESPN2.

You can stream the race via the ESPN app, or the Watch section of ESPN’s website. However, you’ll need to authenticate with your satellite, cable or live TV provider credentials to watch any sessions of the weekend. Formula 1 is not available on ESPN Plus, ESPN’s standalone streaming service; you need access to live ESPN channels.

Just as with the previous two seasons, ESPN’s F1 broadcast picks up the Sky Sports F1 feed. ESPN is available through most cable packages as well as cable TV replacement services, including Sling TV, YouTube TV and Hulu with Live TV.

If you don’t want to pay for live ESPN in some fashion or another, your only alternative is F1 TV Pro — F1’s own official streaming service, which also duplicates the Sky Sports feed. F1 TV Pro costs $10 monthly or $80 for the entire season. (Given the shortened campaign and uncertainty of the schedule, monthly seems to be the safer way to go here.) In addition to live streaming F1 events, it also offers access to Formula 2, Formula 3 and Porsche Supercup races, as well as F1’s historic archive of classic Grands Prix.

If you’re not already a Sling TV subscriber, you’ll want Sling Orange if you want to watch ESPN. It also includes the Disney Channel, ESPN2 and ESPN3. The service normally costs $30 a month, but new customers can get their first month for $20.

As with the entire 2020 F1 schedule, Sky Sports F1 is your destination for complete Emilia Romagna Grand Prix weekend coverage if you live in the U.K. Sky Sports F1 is a paid channel, and because it retains exclusivity over all F1 broadcasts in the country, you won’t be able to tune into the race using F1 TV Pro, as that service is not available in the U.K.

If you want to watch the race without a Sky Sports F1 subscription, we recommend buying a Now TV Sky Sports Day Pass, which will set you back £10. Now TV also offers a month pass available at a reduced price of £25, which will allow you to watch the entire weekend of festivities, and even the next Grand Prix, too.

Just a heads up, though: Now TV isn’t available via a web browser, but rather through apps on Now TV devices, PlayStation, Xbox, Apple TV and some smart TVs.

TSN airs all Formula 1 races in Canada, though F1 TV Pro remains an option for fans. All sessions are broadcast on TSN, and if you receive the network through your cable or satellite provider, you can use TSN Go by signing in with your TV service credentials.

Cord-cutters will want to check out TSN Direct, which comes in day- and month-long passes for $5 or $20 CAD, respectively. The TSN app will allow you to live stream the race from your phone, streaming box or supported device.

We’re 12 races into the 2020 season now, not counting the Emilia Romagna Grand Prix this weekend.

The season is winding to a close now. The next race after this one, the Nov. 15 Turkish Grand Prix, will be followed by back-to-back contests in Bahrain (interestingly, on two different configurations of the Sakhir circuit) and the finisher in Abu Dhabi. All told, we’ll have 17 rounds by year’s end — not bad for a pandemic-shortened season.

Here’s the schedule for Saturday and Sunday for the Oct. 31-Nov. 1 F1 Emilia Romagna Grand Prix.