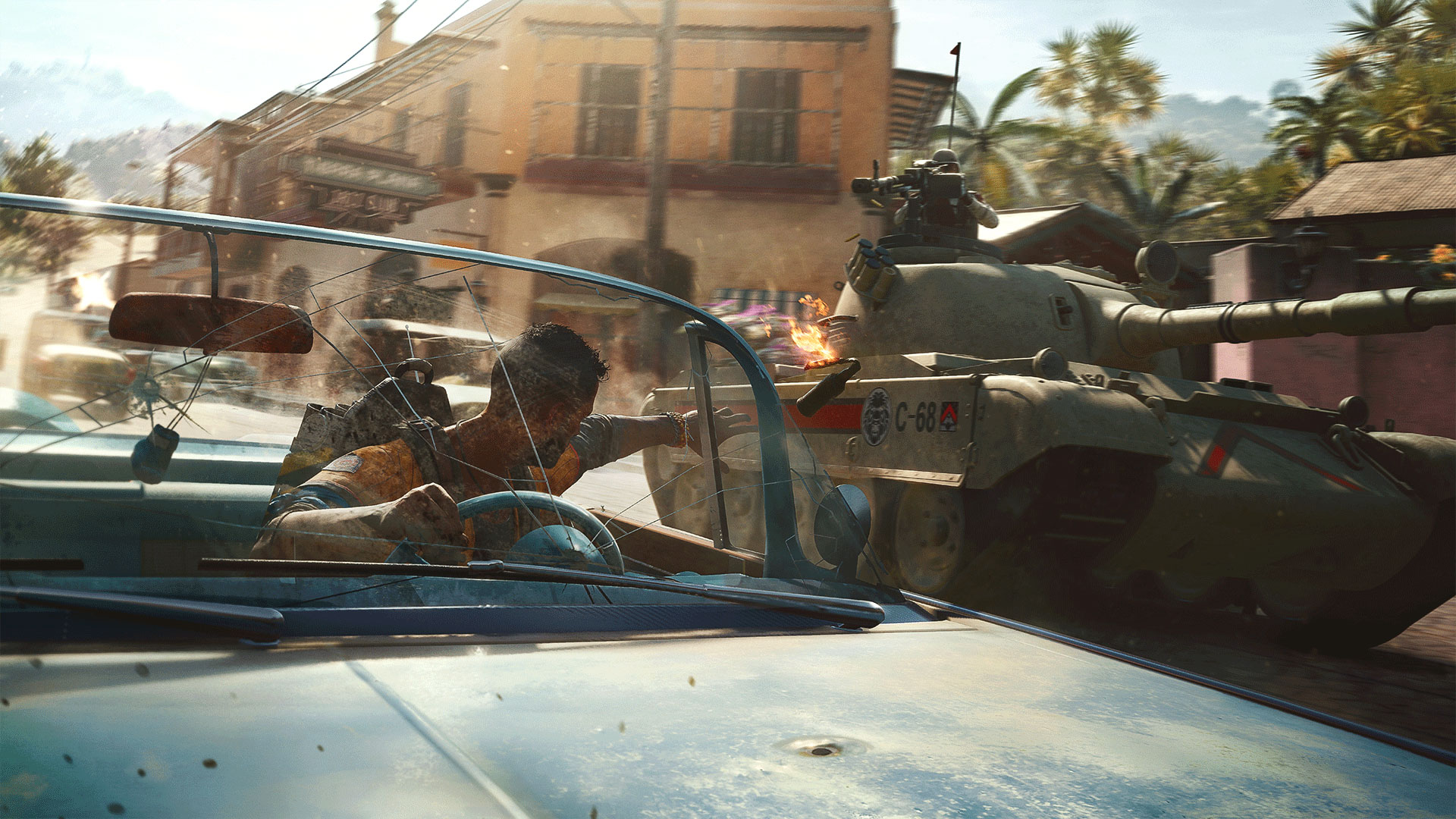 WCCFTech recently interviewed the lead programmer for Far Cry 6, discussing some of the graphical upgrades we’ll see when the game launches on October 7. More importantly, it seems the next generation consoles won’t be getting all the enhancements, specifically the PlayStation 5 and Xbox Series X won’t get ray tracing effects—or FidelityFX Super Resolution and CAS. There are good reasons to limit the consoles, but what it all boils down to is that the consoles simply aren’t as powerful as PCs with the best graphics cards, and the visual improvements offered by ray tracing in particular aren’t worth the loss in performance. Shocking, right?

It has now been over three years since Nvidia attempted to usher in the era of real-time ray tracing for games with its RTX 20-series Turing GPUs. There have been some good examples of how ray tracing can improve the look and feel of games, the best being Control, Cyberpunk 2077, and Minecraft—and Metro Exodus Enhanced Edition probably warrants inclusion in the list as well now.

All those games make use of multiple ray tracing effects for reflections, shadows, lighting, and more. I’ve also been impressed with the visuals in the upcoming Bright Memory Infinity, which will also use multiple RT effects. But for each of those games that makes better use of RT, there are multiple games with RT effects that make me wonder why the developers even bothered.

Let’s just be blunt. The ray traced shadows in Call of Duty, Dirt 5, Godfall, Resident Evil Village, Shadow of the Tomb Raider, and World of Warcraft feel like a waste of effort. It’s not that they’re bad, but they’re just not enough of an improvement over good shadow mapping—and they still cause a 15–30% loss in performance, depending on the game and hardware you’re running on.

The global illumination used in the original Metro Exodus also only mattered in select scenes, and RT reflections that are only visible on a few surfaces also don’t make a huge difference in how a game looks and feels (Battlefield V, Doom Eternal, MechWarrior 5 Mercenaries, Watch Dogs Legion, and Wolfenstein Youngblood). Again, it’s not that ray tracing is bad… it’s just not good enough that it’s really necessary in most games.

Of course, I’d say the same for the ultra presets that are in a lot of games as well. It’s often a placebo setting, providing negligible improvements over the high preset for a 10–20% loss in performance. PC gaming enthusiasts have become conditioned to think that if we’re not running with every setting cranked up to the maximum, at more than 144 fps, we’re missing out. Console gamers manage to survive with 30–60 fps gameplay and predefined settings, and they’re happy. But that’s a separate topic.

Eschewing ray tracing on console versions of Far Cry 6 is a telling stance for Ubisoft to take. Forget all that nonsense about RT on consoles because the PlayStation 5 and Xbox Series X simply aren’t fast enough to do RT justice, which we’ve known for about a year now, ever since the RX 6000 series launched. Add a few minor ray tracing effects and you can get okay performance on the RX 6000 GPUs and the latest consoles, but those minor ray tracing effects are just that: minor.

So far, every RT-enabled game promoted by AMD has been in that same category, which makes sense as even the fastest of the consoles — the 12 TFLOPS Xbox Series X with 52 CUs and 52 ray accelerators — can’t even match the RX 6800, never mind the RX 6800 XT and RX 6900 XT.

And yet, when we looked at ray tracing performance across a suite of games, AMD’s best only matches an RTX 3070 Ti, and sometimes it can’t even beat the RTX 3060 Ti. And Far Cry 6 isn’t even going all-in on ray tracing for PCs. It includes RT shadows and hybrid RT reflections—it uses a combination of RT reflections with SSR (screen space reflections), providing a compromise between quality and performance.

Ultimately, even with the fastest ray tracing GPUs right now—the GeForce RTX 3090 and RTX 3080 Ti—we’re still coming up short when trying to get high performance and compelling image quality in a lot of games that use ray tracing. RT might look better in a lot of cases, but the visual improvements aren’t large enough that turning off RT and getting a boost in framerates isn’t generally the better choice.

We’re probably still a couple of generations of hardware away from the point where all games can start doing multiple RT effects without tanking performance, and even five years from now, developers will still have plenty of reasons to keep doing traditional rendering. Just look at the latest Steam Hardware Survey, where the combined percentage of gamers with RTX 20- and 30-series plus RX 6000-series hardware accounts for less than 25% of the market — and more than half of those are RTX 2060 6GB cards that are slower than even AMD’s RX 6600 XT at ray tracing.

So, bring on RDNA 3 and Lovelace, and then give us RDNA 4 and whatever comes after Lovelace — the RX 8000-series and RTX 50-series hardware. Maybe then we’ll finally have hardware that’s fast enough to handle all the bells and whistles without breaking a sweat, hopefully with GPU prices and availability that aren’t completely bonkers as well.

We might also have PlayStation 6 and Xbox Series Zzyzx by then, with performance that’s still a step down from the fastest PCs but with enough RT hardware that Ubisoft won’t feel the need to further dumb down visuals on consoles in pursuit of 60 fps. Probably not.

Note: As with all of our op-eds, the opinions expressed here belong to the writer alone and not Tom’s Hardware as a team.