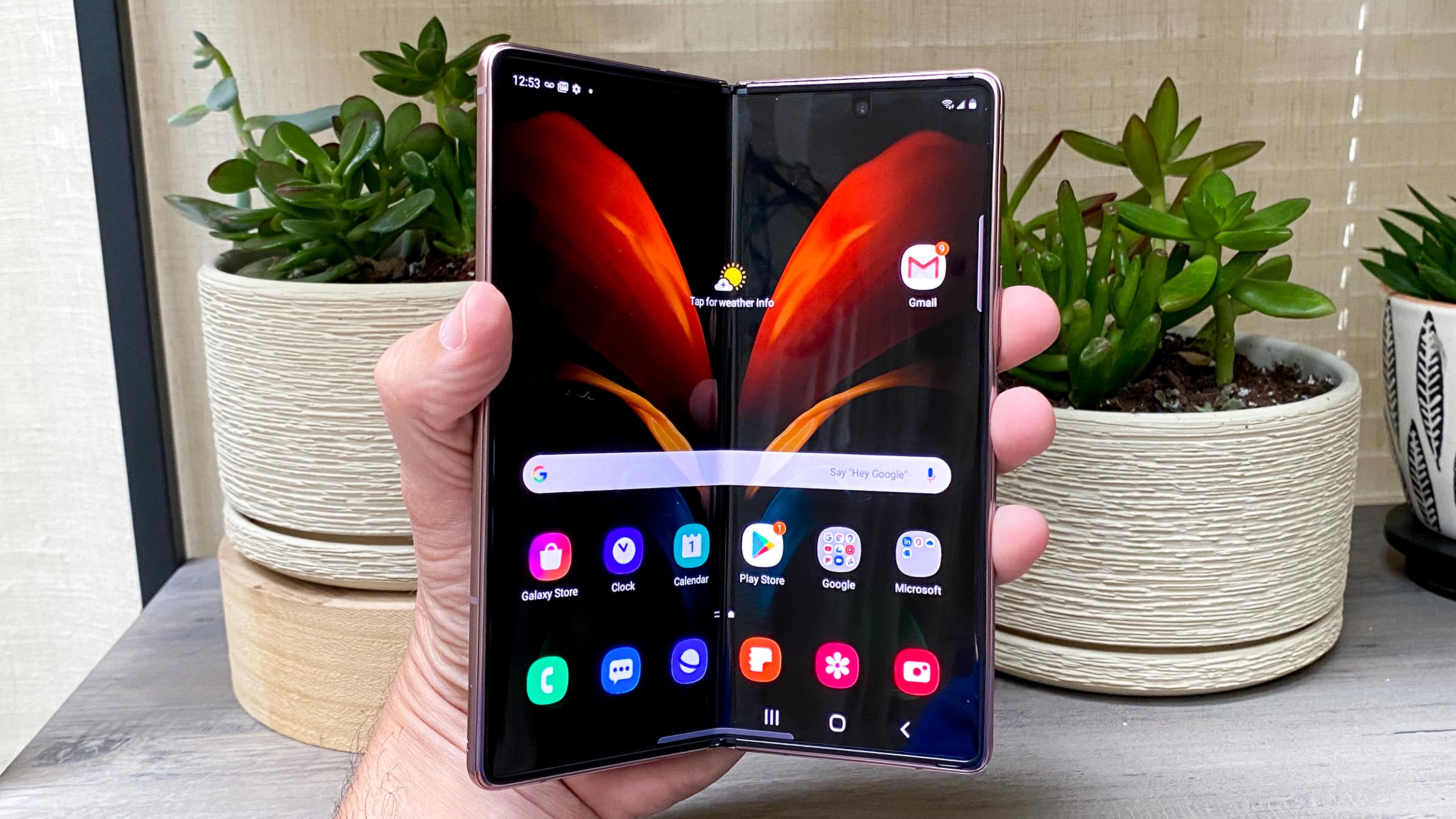 The Samsung Unpacked event on August 11 will reportedly see the launch of at least four devices: the Galaxy Z Fold 3, Galaxy Z Flip 3, Galaxy Watch 4 and Galaxy Buds 2. But the Samsung Galaxy Z Fold 3 should get most of the attention, especially since Samsung has said it is bringing the S Pen to foldables.

“Instead of unveiling a new Galaxy Note this time around, we will further broaden beloved Note features to more Samsung Galaxy devices,” said T.M. Roh, Samsung’s head of mobile. The implication is that the Galaxy Note could re-appear at some point down the road, but for now it’s all about the new Fold.

Based on how Samsung is positioning the Unpacked event — “Experience what’s about to unfold.” — Samsung is clearly taking this opportunity to make the argument that foldable phones are about to go mainstream.

“Foldables are unlikely to displace slabs any time soon,” said Avi Greengart, lead analyst at Techsponential. “But Samsung can make them mainstream by improving perceived durability, closing feature gaps, and getting costs down.”

In other words, Samsung’s decided that its foldable phones are ready for their closeup. But are the rest of us ready for foldable phones to establish themselves as mainstream handsets? Samsung certainly seems to think so, as it headed into 2021 talking up its goal of delivering foldable devices that appealed to more users.

Here’s how it plans to do precisely that with the Galaxy Z Fold 3.

Galaxy Z Fold 3: The importance of the S Pen

Based on rumored specs for the Galaxy Z Fold 3, a key part of Samsung’s strategy to broaden the foldable’s appeal is to adapt many of the features you’d expect from one of the phone maker’s flagship devices. Displays with adaptive refresh rates have become a mainstay feature for the Galaxy S and Galaxy Note models of recent years, so Samsung will reportedly add the same capability to the Z Fold 3’s display. And not just the interior display, either — reportedly the cover display on the Fold’s exterior will offer a 120Hz refresh rate, too.

Other rumored Galaxy Z Fold 3 features include a Snapdragon 888 chipset, the same silicon found in the Galaxy S21 family. The foldable will allegedly feature an under-display camera on its interior screen, the first Samsung phone to offer such a feature. But the star of the show could be compatibility with the S Pen.

The S Pen has been one of the marquee features with the Galaxy Note series, but earlier this year, Samsung added compatibility to the Galaxy S21 Ultra. The Galaxy Z Fold 3 with its expanding screen seems like a natural fit for an input device that can scribble down notes, so it’s not surprising that Samsung would include the foldable among the devices getting S Pen support.

“Samsung is bringing more functionality to its foldables by enabling pen input, and that especially makes sense for the productivity use case of fold-out-larger devices like the Galaxy Z Fold,” Greengart said. “But we will have to wait for Unpacked to learn implementation details and pricing.”

Indeed, it’s unclear at this point whether the S Pen will be included with the Galaxy Z Fold 3 as it with the Note or treated as an optional add-on, like Samsung does with the Galaxy S21 Ultra. The latter option could possibly dissuade long-term adoption.

The version of the S Pen that’s slated to come out at the same time as Samsung’s foldables is rumored to be the announced-but-never-shipped S Pen Pro. Rumored features for that version include Bluetooth connectivity, which turns the S Pen into a remote control.

The Galaxy Z Fold 3 will need to do more than adopt features from other top Samsung phones if it’s going to make the case in favor of foldable phones. It also needs to introduce features that take advantage of the unique form factor that foldable phones offer.

To an extent, Samsung’s foldables already do this. Continuity mode on the current Galaxy Z Fold lets you use an app on the exterior cover display, and then pick up where you left off when you open up the phone to switch to larger screen inside. Another feature, Flex Mode, lets you partially open the Galaxy Z Fold or Galaxy Z Flip, allowing compatible apps to work in a split screen effect.

The key word there is “compatible.” Samsung’s apps and some big third-party offerings have been optimized to work with the Galaxy Z Fold’s screen, but many more have not. Samsung has signaled that it wants to change that.

“We are also working with Google to enrich our foldable ecosystems with popular apps and services,” Samsung’s Roh said. “For our third generation of Galaxy Z phones, we have lined up even more partner apps that make the most of the versatile fold-out format.”

The biggest question facing the Galaxy Z Fold 3 is how much it will cost. That alone could go a long way to determining whether foldables are embraced by a wider audience.

The Galaxy Z Fold 2 debuted at $1,999 — for that price you could buy two Galaxy S21 Plus models. Samsung eventually cut the price by $200, but even then $1,799 is a lot for the average smartphone shopper to swallow, even if they’ve got used to the idea of flagships that routinely cost $1,000 or more.

Whatever Samsung winds up doing, it’s clear the phone maker isn’t about to back off its effort to promote foldable phones. “Foldables are cool, useful, or both, and Samsung has a big lead on the rest of the industry building them,” Greengart said. “Samsung is also using flexible displays sourced in-house.”