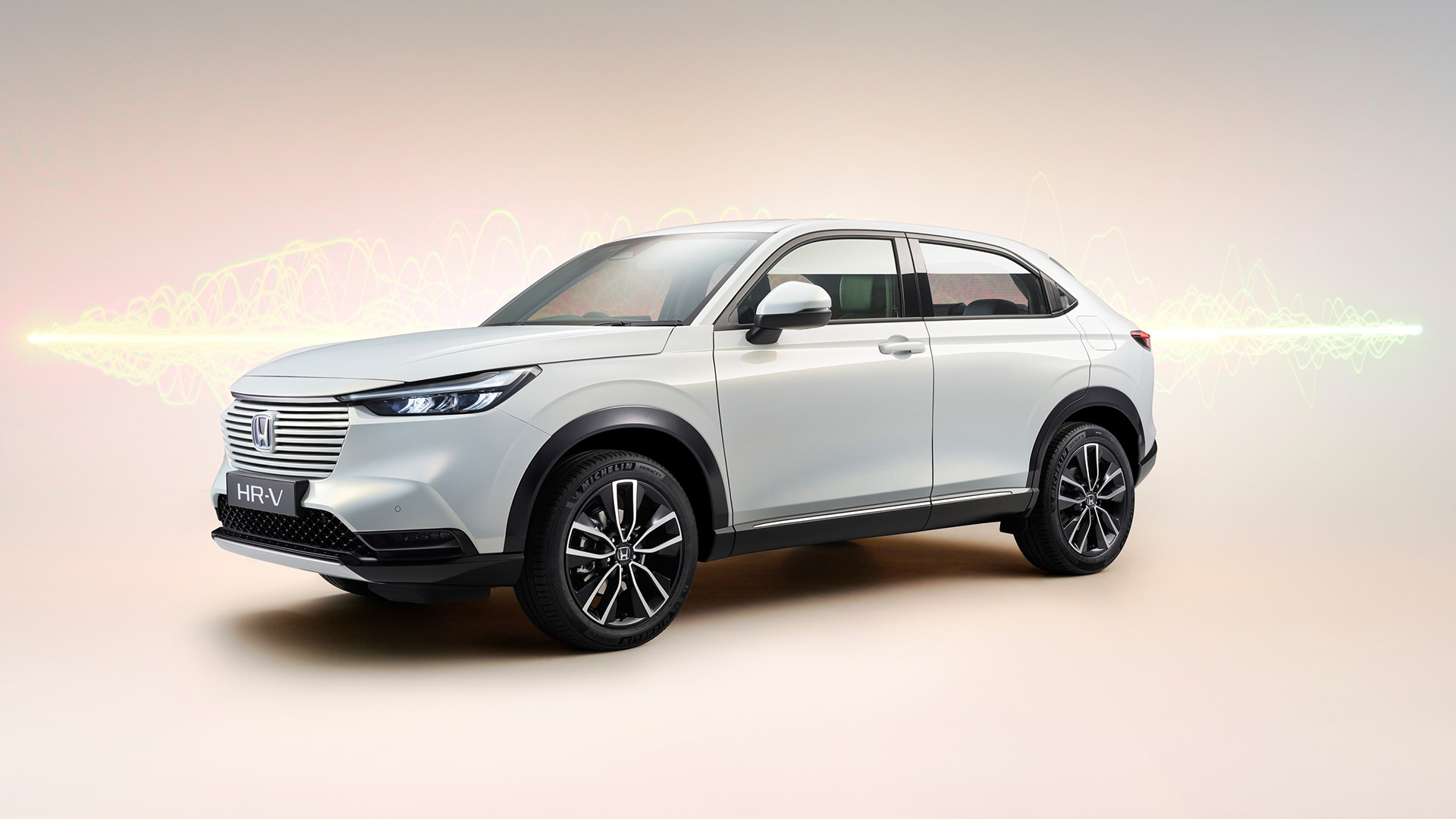 With the exception of iconic sports models like the NSX and S2000, Honda is more normally associated with producing dependable saloons. The Honda HR-V e:HEV is very much in that vein, but as the name suggests it comes with added hybrid appeal.

During the launch, Honda executives underlined its commitment to making its European range fully electrified by the end of next year. Despite claims during the unveil that Honda wanted to make something new, adding in extra appeal to the booming urban crossover segment, the new model lacks the same sort of zing as the excellent Honda-e, which even scored German Car of the Year for 2021. Quite a feat for a Japanese car.

However, the Honda HR-V e:HEV looks likely to be perfect for its target market, especially for buyers who love the high-ride appeal of cars in the small SUV segment. Here’s everything we know about it so far.

The Honda HR-V e:HEV is expected to be released in Europe later this year, although at the moment all you can do is register your interest rather than place an order. Similarly, no pricing details have been announced as yet.

Honda has done the sensible thing with HR-V e:HEV’s design and gone for a reasonably no-frills approach. The car uses the same ‘Global Small Car’ platform as the Fit (called the Jazz in the UK and Europe), which features a 1.5-liter turbocharged four-cylinder petrol engine that works in tandem with two electric motors. The result is 129 bhp, and 187 lb ft of torque. That’s actually a step up from the Fit, due to the HR-V’s larger size. Shifting is done autonomously or manually via three modes, Eco, Normal and Sport.

In terms of looks, Honda has retained the general feel of its predecessor, but the new body style is certainly more dynamic thanks to a steeper A-pillar and raised cut line. The front end is distinctive thanks to its sculpted bumper and a body-colored grille. The hood has also been tailored nicely to provide a more modern look. Meanwhile, Honda has increased overall ground clearance by 10mm with the new incarnation.

Other cosmetic styling touches are similarly simple but effective. There’s a full-width light bar at the rear and the HR-V e:HEV gains LED lights all round. One-piece door handles with electrostatic locks and integrated handles for the rear doors round out the design landscape quite nicely.

The HR-V e:HEV’s new cabin is open and airy but also reasonably well-equipped with technology.

The dashboard features a 9-inch infotainment touchscreen mated with a 7-inch TFT display, and there’s smartphone mirroring via Apple CarPlay (through Bluetooth, Wi-Fi or cable) and Android Auto (cable), plus four USB ports, two of which are in the rear.

Owners will also benefit from the option of a Wi-Fi hotspot, My Honda+ and an array of driver aids through the Honda Sensing system. This has been boosted by a new wider and higher-definition monocular camera mounted on the front of the car, alongside AI-based processing tech.

Honda also flagged up its new air diffusion system, which has L-shaped vents situated at each end of the dashboard. This allows for more efficient circulation of air, rather than blowing directly at passengers. It’s a little thing, but one of those details that shows Honda’s attention to detail. There’s even a finger rest for if you’re using the touchscreen, while a reduction in menu hierarchy means passenger interaction times using it have been reduced by 50%.

The Honda HR-V e:HEV uses the same petrol-electric powertrain as that found in the Fit, Honda’s strong selling supermini, although because of its bulkier size the HR-V e:HEV is likely to have less impressive range and charging characteristics.

Although there aren’t any official figures as yet, the FIT delivers petrol economy over 50 mpg, so expect something along the same lines. We’ll need to wait and see how the hybrid figures stack up for this European version when the official stats are released in the next few months.

Space on the inside is likely to attract a lot of interest to the new HR-V e:HEV. Honda is well known for its excellent magic seats, which can be easily transformed in order to accommodate just about any kind of passenger or cargo load. Thanks to the way the HR-V e:HEV has been designed, the battery pack is mounted under the trunk floor, which has allowed rear legroom to be raised by 35mm.

At the same time, trunk space has been beefed up, with the Honda execs underlining the car’s ability to carry two 26-inch mountain bikes or a pair of surfboards with ease. A hand’s-free tailgate and auto close adds to the convenience factor. However, even with the gain in interior space, the length and width of the HR-V e:HEV are the same as its predecessor.

It’s unlikely to score a ‘Car of the Year’ award from the Germans, as the brilliant Honda-e did, but that’s a very hard act to follow. It’ll be interesting to see what Honda reveals as its HR-V update for the US market; whatever it is will likely feature a different design and specification.