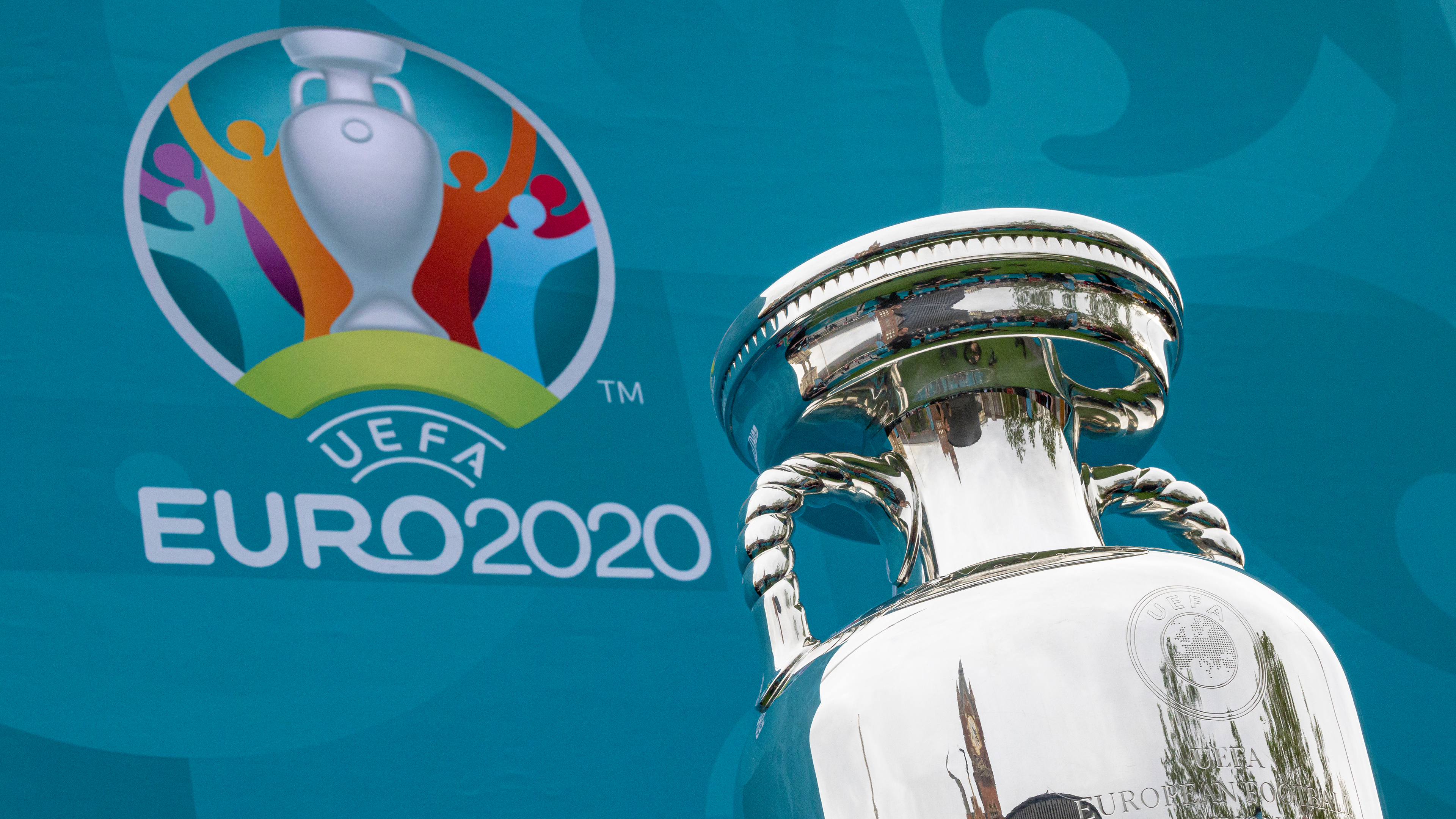 Euro 2020 is heating up, and with each team now having played once, today sees the start of the second batch of group games.

In fact, two have already finished. In the Turkey vs Wales game, the Welsh triumphed 2-0 to put themselves in a very good position to qualify. Turkey, on the other hand, are the first team to crash out. And over in Group B, Russia beat Finland 1-0 to make that group very interesting indeed. Both sides now have 3 points, but with Finland playing Belgium in their final game, they’ll likely need something against the tournament favorites to go through.

That just leaves the other match in Group A, where a win for Italy against Switzerland would seal qualification with one game to go.

How to watch Euro 2020 live streams for free

You’ll be able to find Euro 2020 live streams on free-to-air television in several countries, and that’s good news wherever you happen to live.

In the U.K., Euro 2020 live streams will be available for free on BBC and ITV, with the two national broadcasters sharing out the games. Both will cover the final.

That means that if you’re in the U.K. and have a valid TV licence, you’ll be able to follow every game for free via either the BBC iPlayer or ITV Hub online.

Other countries will also have free-to-air coverage of Euro 2020 live streams, including TF1 in France, ARD and ZDF in Germany, Mediaset in Spain and RAI in Italy.

But what do you do if you’re normally in one of those countries, but happen to be abroad right now? The simple solution is to use one of the best VPN services, so you can watch your favorite streaming services wherever you are.

Our favorite right now is ExpressVPN, thanks to its combination of superb speed, great customer service and excellent device support. It also offers a no-questions-asked 30-day money-back guarantee, so you could check it out for the Euros without having to sign up long term.

How to watch Euro 2020 live streams in the US

Soccer fans in the U.S. can watch Euro 2020 live streams on ABC and ESPN. Got those channels as part of a cable package? Then you’ll be able to stream games through the ESPN website and the ABC website.

If you’ve cut the cord and don’t have cable, you have plenty of options, too. Our pick of these would be Sling TV: the Sling Orange package costs just $35 per month and comes with more than 30 channels including ESPN. ABC’s games will be shown on ESPN3, so with Sling Orange you’ll be able to watch all the action. Plus, right now Sling is offering a 30-day trial for the bargain price of $10.

Fubo.TV is another option. This costs $65 per month but gives you more than 117 channels, including ESPN and ABC and lots more for sports fans to enjoy.

If you’re a U.K. citizen — with a valid TV licence — who’ll be in the U.S. during the tournament, you can watch a Euro 2020 live stream for free by using a VPN to access BBC iPlayer or ITV Hub from anywhere in the world. ExpressVPN is our favorite right now, partly thanks to its risk-free 30-day money-back guarantee.

Sling TV offers two packages, both of which cost $35 a month. The Sling Orange plan comes with 30-plus channels, including ESPN. Sling is currently offering $25 dollars off the first month.View Deal

If you love sports, you might want to check out Fubo.TV. It’s got a 7-day free trial so you don’t need to pay up front and has dozens of sports channels, including ESPN. View Deal

How to watch Euro 2020 live streams with a VPN

If you’re not in your home country during June and July 2021 and are unable to watch a Euro 2020 live stream from wherever you are, you can still tune in via a virtual private network, or VPN. A VPN makes it appear that you’re surfing the web from your home town — meaning that you can access the streaming services you already pay for.

We’ve tested many different VPN services and our favorite is ExpressVPN; it offers superb speeds, excellent customer service and a no-questions-asked 30-day money-back guarantee, so you can try it out first to see if it’s right for you. But you’ve got other VPN options too, so check out our full list of the best VPN services.

Speed, security and simplicity combine to make ExpressVPN our favorite VPN service. In our testing, we were impressed by its fast connection times and by its ability to access more than 3,000 services in 160 locations across 94 countries. A 30-day money-back guarantee is another bonus.View Deal

How to watch Euro 2020 live streams in Canada

It’s the same deal with TVA Sports Direct, though here it costs $19.99 a month without a daily option.

If you live in Canada and already subscribe to TSN or TVA, but aren’t at home right now, you can still watch a Euro 2020 live stream by using a quality VPN like ExpressVPN.

How to watch Euro 2020 live streams in the UK

Football fans in the U.K. can go into Euro 2020 with plenty of excitement. England, Scotland and Wales have all qualified and every game will be available to watch for free on BBC iPlayer or ITV Hub online.

All sounds great, right? But if you’re not in the U.K. and have a valid U.K. TV licence, you can still follow every single game by using one of the best VPN services, such as ExpressVPN.

How to watch Euro 2020 live streams in Australia

Aussies can watch the Euro 2020 live streams on Optus Sport, which will show all 51 matches. Optus can be accessed via a dedicated mobile or tablet app, and also on Chromecast and Apple TV.

Not in Australia right now? You can simply use a VPN to watch all the action on your Optus account, as if you were back home.

How to watch Euro 2020: TV schedule and results so far

On the face of it, Group A looks like a comfortable one for Italy, who have a strong squad packed with experienced veterans such as Giorgio Chiellini, Marco Verratti and Ciro Immobile. And after their opening 3-0 victory over Turkey, they’ll be even more confident of topping the group.

Wales will now be very confident of qualifying, after following a 1-1 draw with Switzerland with a 2-0 victory over Turkey. They’re not quite there yet — particularly if the Swiss take any points off Italy today — but 4 points may already be enough to secure a spot even if they ultimately finish third.

Turkey are much-improved in recent years and came into the tournament hotly tipped to go far, but they now head home after two defeats.

Belgium, with a squad boasting the likes of Kevin de Bruyne, Romelu Lukaku and Thibaut Courtois, are the No.1 side in the world and the favorites for Euro 2020. That won’t have changed after their first game, in which they dispatched Russia with ease, running out 3-0 winners.

Denmark and Finland’s game was overshadowed by the terrible collapse of Christian Eriksen, and it’s to the Danes’ credit that they returned to finish the match even while their teammate lay in hospital. It’s perhaps not surprising that they went on to lose the game, and they showed enough quality that it would be unwise to write them off entirely at this stage.

Group C got off to an entertaining start, with the Netherlands beating Ukraine 3-2 in an action-packed game and Austria seeing off North Macedonia 3-1. Those two were already the favorites to qualify from this group and they meet each other on Thursday; whichever wins that will be very likely to go through as group leaders. Ukraine and North Macedonia, meanwhile, also face each other on Thursday in what is now a must-win game for both.

England got some semblance of revenge for their World Cup 2018 semi-final defeat to Croatia in running out 1-0 victors in the first Group D game. Gareth Southgate’s young team looked impressive at times, but wilted as the game went on and will be relieved to have held on. Croatia, meanwhile, were fairly disappointing and will need to do far better in their remaining two games if they’re to qualify.

In the group’s other game, Czech Republic beat Scotland with two goals from Patrik Schick — one of which will surely end up being the goal of the tournament. Next up for Scotland it’s the match against the old enemy England — and that’s now a must-win for them.

Group E should be a comfortable one for Spain, who have plenty of talent if not quite so many stars as in previous years. That said, they were unable to break down a resolute Sweden side in their first game, so they’ll need to step up a gear from here on.

Sweden are tricky customers — even without Zlatan Ibrahimovic — and will be confident of qualifying after taking that draw against Spain, but Poland now have it all to do if they’re to make the cut, having lost 2-1 to Slovakia in their first game.

Every tournament has a group of death, and for Euro 2020 it’s Group F.

With France (the world champions), Portugal (the reining European champions) and Germany (who can never be discounted) all in one group, it’s almost impossible to predict who’ll come out on top here. Portugal are certainly in the driving seat after a crushing — if rather flattering — 3-0 victory over Hungary. But they still have to play France and Germany, so they’re far from safe yet.

France will be very confident of qualifying after their hard-fought 1-0 win over the Germans, courtesy of a Mats Hummels own goal, but don’t discount Germany yet: with a win over Portugal on Saturday, they’d be right back in contention.

When and where does Euro 2020 take place?

Euro 2020 is unlike any major football tournament before it in so many ways.

For starters, it’s taking place a year later than it should have done — though it may be called Euro 2020, it is of course happening in 2021, due to Covid.

What’s more, it’s not being hosted in one or at most two countries, but rather in 11 cities spread across the continent. This is nothing to do with Covid, but is instead just a crazy UEFA idea that (so far) seems to be working quite well.

London will host both the final and the two semi-finals, plus various group and last-16 games, with other games taking place in all corners of Europe:

With 24 teams competing in the group stages and 16 teams going through, the Euro 2020 group stages aren’t quite as straightforward as at some tournaments.

The top two in each of the six groups will qualify automatically, giving 12 of the final 16, but the remaining four teams will be drawn from the six third-place sides.

Each will be ranked according to their point totals, with goal difference and goals scored used to separate any ties on the same totals. If that still isn’t enough to separate two (or more) teams, fair play conduct, and finally the UEFA international coefficient rankings, will be considered.