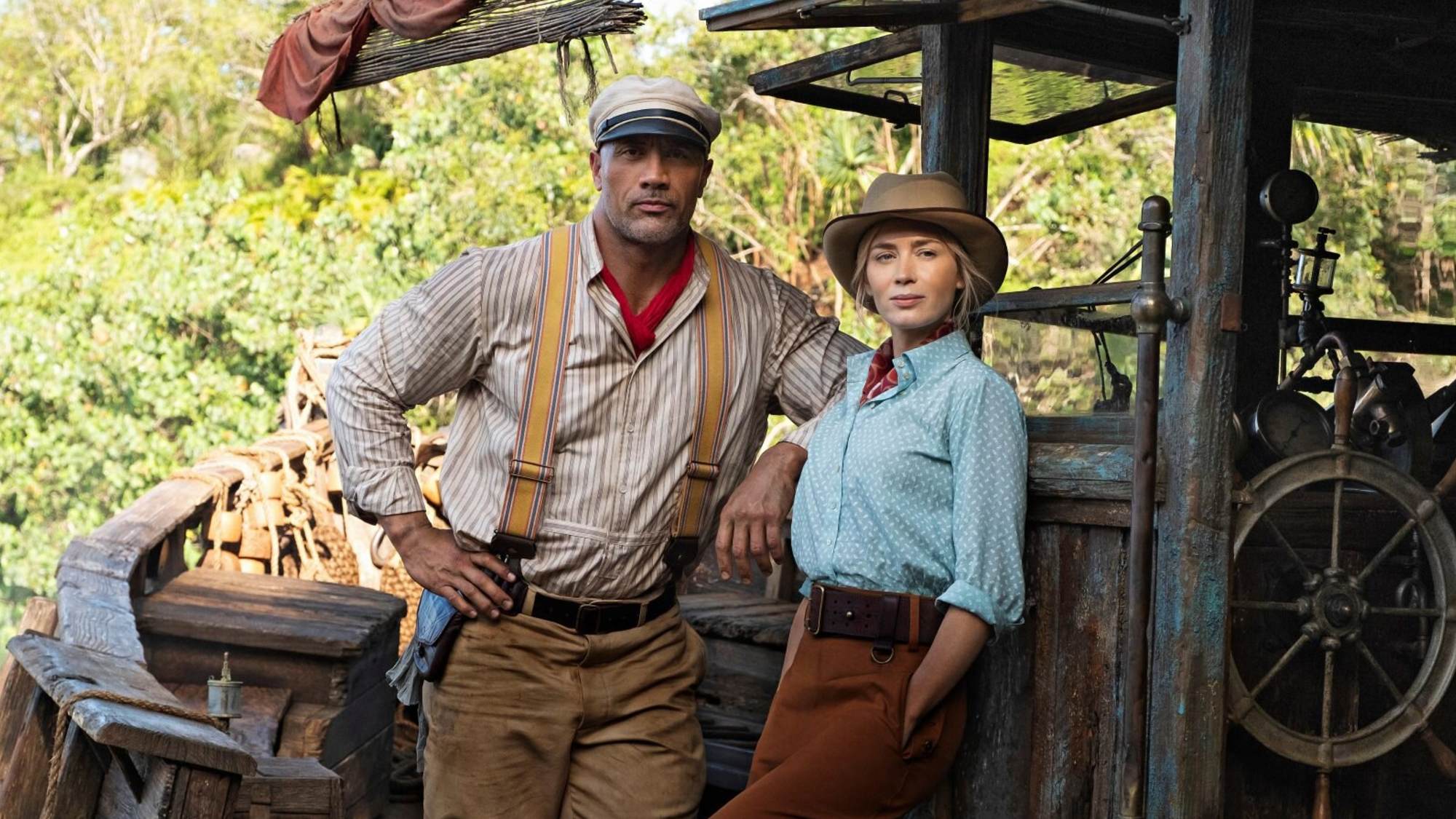 Jungle Cruise hits Disney Plus Premier Access at 3 a.m. ET on Friday, July 30, the same day as the start of its theatrical run.

The whole family is in for quite a ride when you watch Jungle Cruise online! The fantasy adventure film, which is based on the theme park attraction, is opening in theaters and streaming via Disney Plus Premier Access.

Jungle Cruise stars Dwayne Johnson and Emily Blunt as, respectively, wisecracking skipper Frank Wolff and intrepid researcher Dr. Lily Houghton. Lily travels from London to the Amazon jungle and hires Frank to take her downriver on his ramshackle boat, La Quila. She’s searching for an ancient tree with healing abilities that could change the future of medicine.

They have no idea they’re about to embark on the adventure of a lifetime, complete with innumerable dangers and supernatural forces. The stakes are high, as not only are their fates hanging in the balance — but so is all of mankind’s.

Here’s everything you need to watch Jungle Cruise online.

How and where to watch Jungle Cruise

Jungle Cruise opens in U.S. theaters Friday, July 30. But what if you don’t want to go to a theater?

Jungle Cruise is being released on Disney Plus Premier Access on Friday at 3 a.m. ET.

You’ll need a Disney Plus subscription, plus pay the Premier Access fee of $29.99 on top of that.

Disney Plus Premier Access isn’t cheap but could represent big savings for families. No need to buy expensive theater tickets and concessions. And once you pay for Premier Access to Jungle Cruise, you can watch it as many times as you like.

But you can save even more — by waiting longer. If you wait three months until November 12, you’ll be able to watch Jungle Cruise as part of your regular Disney Plus subscription.

The second official Jungle Cruise trailer starts off with a bang — from Emily Blunt’s fist to Dwayne Johnson’s nose! It’s an accident, though, while they’re skirmishing with some locals. The rest of the trailer introduces Dr. Lily Houghton and her quest to find the special tree, as well as skipper Frank’s warnings of the dangers lurking in the Amazon.

The cast of Jungle Cruise is led by Dwayne Johnson as Captain Frank “Skipper” Wolff and Emily Blunt as Dr. Lily Houghton.

They are joined by Jack Whitehall as McGregor Houghton, Lily’s younger brother and reluctant assistant; Édgar Ramírez as Aguirre, a mercenary leading a rival expedition;  Jesse Plemons as Prince Joachim, a German aristocrat who finances the rival expedition; Paul Giamatti as Nilo Nemolato, a harbormaster; and Veronica Falcón as Trader Sam.