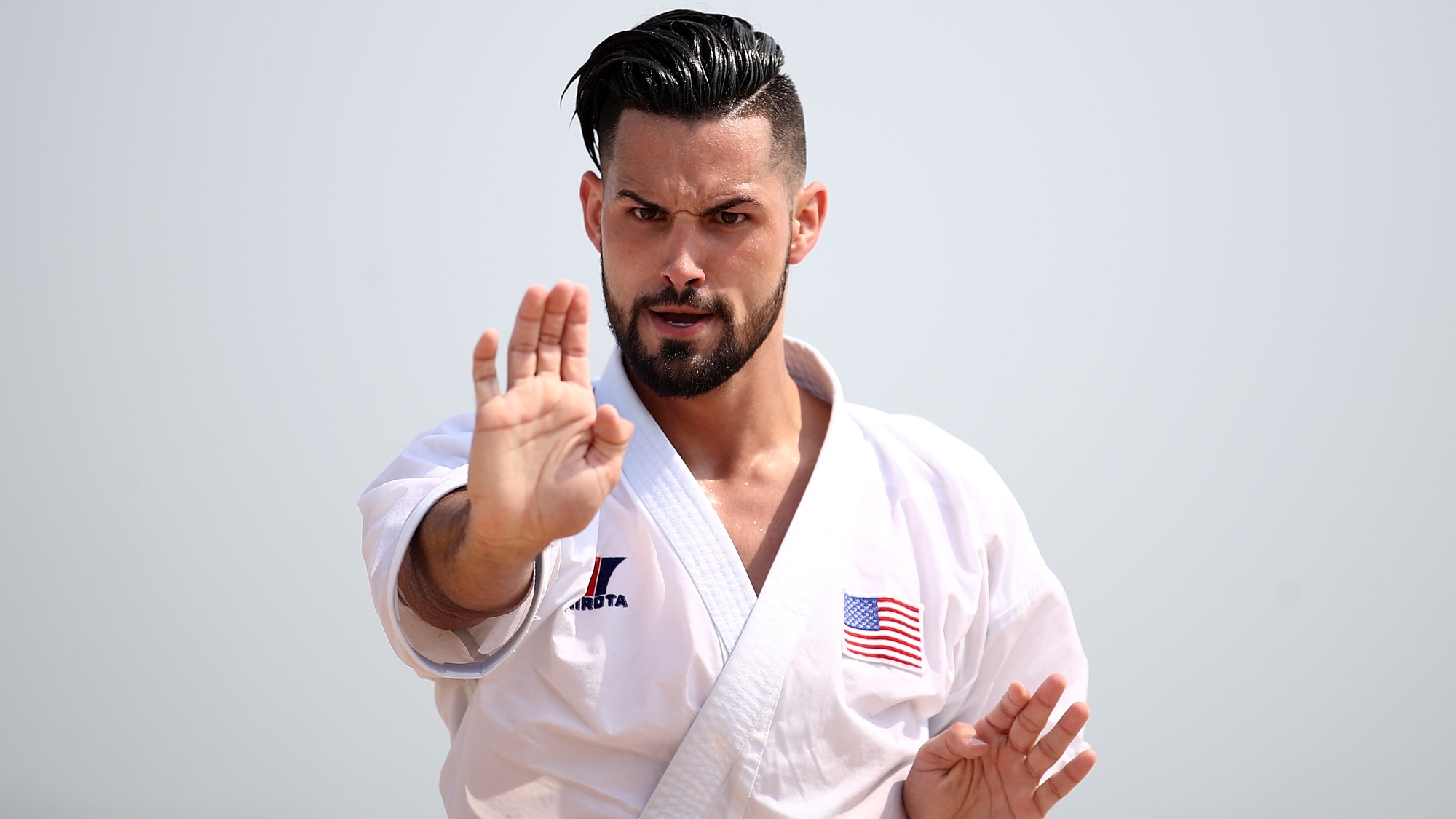 Karate is one of five new sports at the Tokyo Olympics. And it’s not on the docket for Paris 2024, so this may be both the first and only time you can see a karate competition at the Olympics.

Karate consists of kata (forms) and kumite (sparring). In kata, a competitor choses from the 102 forms that are recognized by the World Karate Federation. As they demonstrate strength, speed, rhythm, balance and power of strikes, they are given points by judges. In kumite, two competitors face each other in a matted area and attack one another. Good form, power and control earn points from judges.

Here’s everything you need to watch karate at the Tokyo Olympics, including the schedule of events.

The Olympics is a global event and can be viewed in almost every country on Earth. However, if you’re not in your home country and can’t watch the Tokyo Olympics karate events with your usual services — or you want to watch in your native language — you’re not out of luck.

We think speed, security and simplicity make ExpressVPN second to none. During our tests, we saw fast connection times, and we’re impressed by the service’s ability to access more than 3,000 services spread out across 160 locations in 94 countries. Plus, its 30-day money-back guarantee is a good perk.View Deal

To watch karate from the Tokyo Olympics live, American viewers will need to go to NBCOlympics.com , which requires a cable login. Some matches will be shown, live or on replay, on USA.

Coverage on Peacock may include some live streaming of track cycling. Primetime highlights of Tokyo Olympics track cycling may also be shown on NBC.

USA is are part of the $35 per month Sling TV Blue package, as are NBC, NBCSN and CNBC. The Olympic Channel is also available as a $11 per month add-on.

Sling TV: You can get NBC, USA and NBCSN in the Sling Blue package, which is $35/month — plus the Olympic Channel in the Sports Extra package ($11 per month extra).View Deal

How to watch karate at the Tokyo Olympics in the UK

To watch every karate live in the UK, Brits will want to subscribe to Discovery Plus, which is offering full coverage of Tokyo 2020. Full schedule is below.

The BBC no longer has the monopoly on Olympics coverage in the U.K., after the IOC sold the main European rights to the Discovery network. As a result, the BBC’s coverage, though still good, is limited to no more than two live events at one time.

Americans abroad can just use the service of their choice, provided they log in via a VPN such as ExpressVPN.

How to watch karate at the Tokyo Olympics live in Canada

Sportsnet, CBC and TSN are sharing coverage of the Olympics, so Canadians can find live and tape-delayed coverage of karate events on those channels.

How to watch karate at the Tokyo Olympics live in Australia

Down Under, Aussies can watch the Tokyo Olympics karate or FREE on the 7Plus network’s streaming service — which has practically everything in the Olympics.

Just add 14 hours to the Eastern times listed below to figure out when games start in AEST.

Here’s the schedule of men and women’s karate (all times ET):