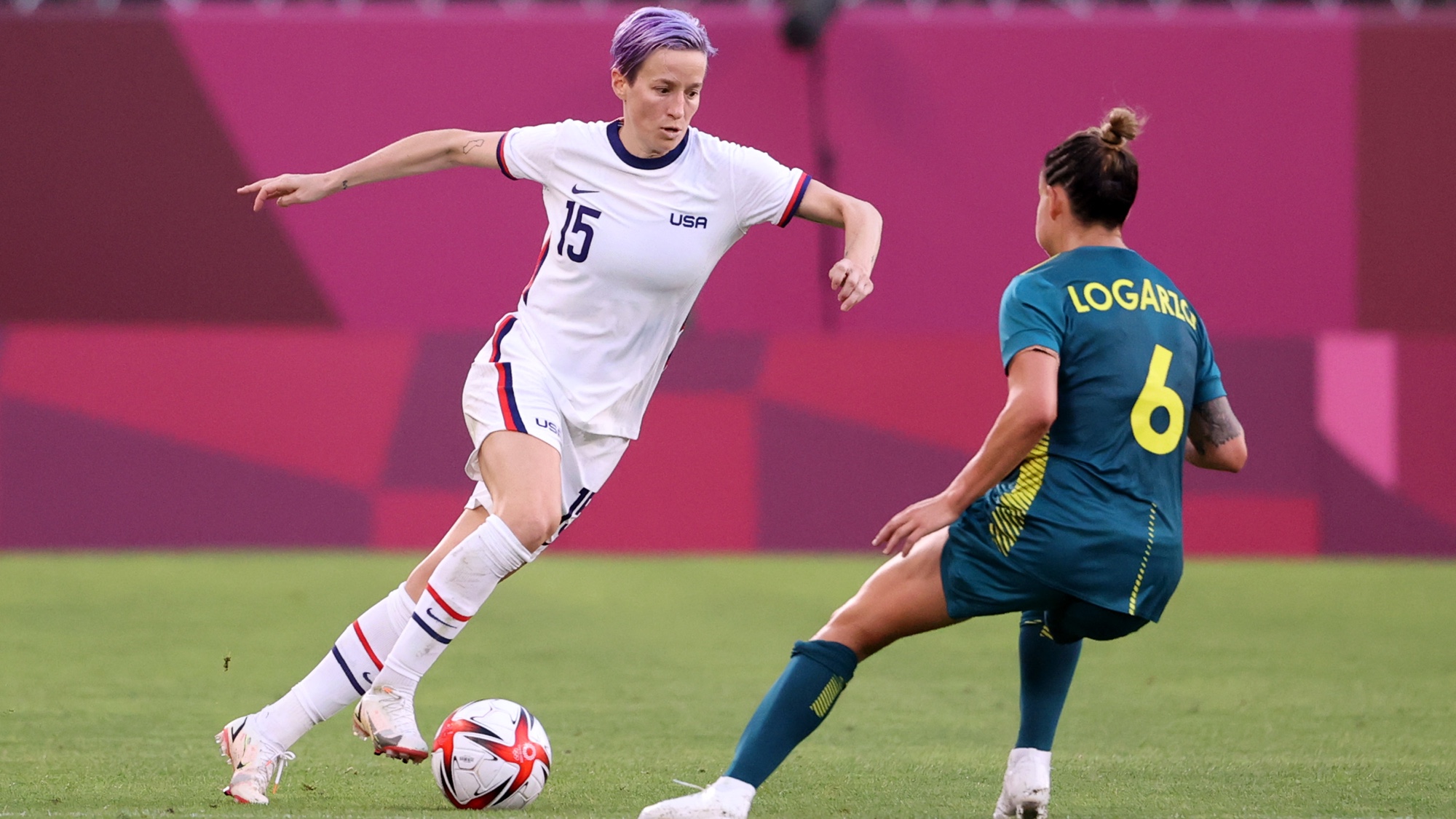 Now that the soccer matches at the Tokyo Olympics have entered the quarterfinal stage for the women (men are still in the group stage), it’s time to figure out how to watch these increasingly important matches. And for that, we’ve got some good news and some bad news.

The good news is that the next USWNT game will be aired live at a decent time, for those with coffee on the east coast. Yes, Megan Rapinoe’s team is going to play at 7 a.m. ET on Friday, July 30, against Netherlands. The bad news? It’s apparently not to be on cable TV. Only two of the quarterfinal games will be broadcast on NBCSN, and at this moment (it’s possible it will change, for ratings) only the earlier 4 a.m. and 6 a.m. games will be aired live.

The USWNT advanced in a draw against Australia (which also advanced based on the other matches), where the first half was the only exciting part, as Alex Morgan scored for Team USA, but the header was scratched due to an offside flag. Australia will face Great Britain.

Of the services you will want for these games, Peacock will help you see highlights at night, while Sling TV and Fubo TV can help you catch games on tape-delay.

The Olympics is a global event and can be viewed in almost every country on Earth. However, if you’re not in your home country and can’t watch the Tokyo Olympics’ soccer matches with your usual services — or you want to watch in your native language — you’re not out of luck.

Anyone who wants to watch soccer matches from the Tokyo Olympics live … well, you’re going to have to be up late (the live schedule is below), and have a cable login, because NBCOlympics.com requires one. Games will also air on NBCSN and USA, and some will be at respectable hours too!

But as you’ll see below, it appears that USA vs Netherlands will not be on NBCSN. We will update this story if this changes.

Of course, the nightly coverage on Peacock will likely include updates as well.

USA and NBCSN are part of the $35 per month Sling TV Blue package, and Olympics-watchers will want the Blue package, which also has NBC. The Olympic Channel is also available as a $11 per month add-on.

Sling TV: You can get NBC, USA and NBCSN in the Sling Blue package, which is $35/month — plus the Olympic Channel in the Sports Extra package ($11 per month extra).View Deal

How to watch soccer at the Tokyo Olympics in the UK

The BBC won’t have the monopoly on Olympics coverage in the U.K., with the IOC having sold the main European rights to the Discovery network. As a result, the BBC’s coverage, though still good, is limited to no more than two live events at one time.

To watch every event live, you’ll instead want to subscribe to Discovery Plus, which is offering coverage of every event at Tokyo 2020; all of the Olympics soccer games will be on the service.

Discovery is currently offering a three-day free trial of the service, with full subscriptions available for £6.99/month or £29.99/year after that. Plus, the service is available to stream through a multitude of devices include Chromecast, Apple TV, Android TV and apps for iOS and Android

How to watch soccer at the Tokyo Olympics live in Canada

Details aren’t exactly strong here. Sportsnet, CBC and TSN are sharing coverage of the Olympics, and so we’ve got some, but not all, of the details you may need.

That said, TLN has most of the games, though judging by the schedule they will be on tape-delay.

How to watch soccer at the Tokyo Olympics live in Australia

Down Under, Aussies can watch the Olympic soccer matches for free on the 7Plus network’s streaming service — which has practically everything in the Olympics. Just add 14 hours to the Eastern times listed below to figure out when games start in AEST.