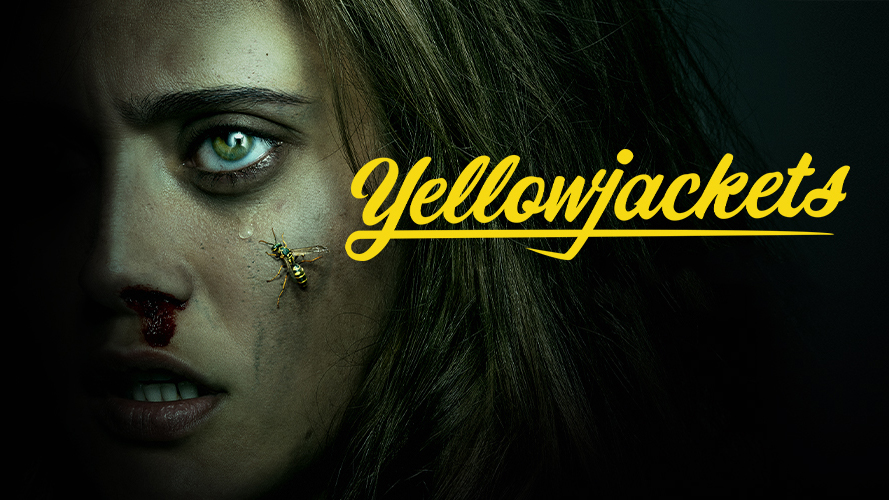 You can watch the Yellowjackets finale online right now. Because while the episode will air on Showtime later tonight, it’s already available (I can confirm, I watched it myself).

Yellowjackets episode 10 airs today (Jan. 16) at 10 p.m. ET on Showtime, but you can watch it right now on-demand.

The Yellowjackets season 1 finale, titled “Sic transit gloria mundi” feels like it’s going to give us the reveal of the tribal leader of the girls during the lost-times that’s been teased. Why? It’s not just because it makes sense as a note to end the first season on and teasing what’s happening in the second season: but because of the title of the episode.

The title, which “Thus passes the glory of the world,” was used during the coronation of popes during 1409 and 1963, seems to signify that we’ll get the story of how the stranded Yellowjackets found their leader, which seems to mark the transition from the mostly-peaceful era we’ve seen to the cannibalistic era that’s been teased out.

Plus, present-day story for the season finale, though — a high school reunion — looks like it should be a perfect way to tie into such a reveal. No time like a reunion for an old face you haven’t seen in ages to return.

Here’s everything you need to know to watch the Yellowjackets finale online. Plus, watch the trailer below:

How to watch Yellowjackets from anywhere

Just because Showtime isn’t available everywhere doesn’t mean you need to miss Yellowjackets if you’re away from home. Watching along with the rest of the internet can be pretty easy. With the right VPN (virtual private network), you can stream the show from wherever you go.

Not sure which VPN is right for you? We’ve tested many different services and our pick for the best VPN overall is ExpressVPN. It offers superb speeds and excellent customer service.

Our favorite VPN service, ExpressVPN, really shines thanks to its safety, speed and simplicity-to-use. It’s also compatible with loads of devices – from iOS and Android to Roku, Apple TV and PlayStations. You’ll even get an extra 3 months free if you sign up for a year, or there’s a 30-day money-back guarantee if you just want to give it a try.

3. Sit back and enjoy the action. Head to your streaming service of choice and tune in.

How to watch Yellowjackets online in the US for free

The Yellowjackets finale airs on Showtime at 10 p.m. ET, but it may arrive as early as 3 a.m. ET on Sunday (Jan. 16) via on-demand services (I was watching Yellowjackets episode 9 with my morning coffee last weekend).

Showtime is a premium channel available with a cable subscription, but you could (as I am) watch the entirety of Yellowjackets without spending a dime.

Yes, I’m watching Yellowjackets for free via Showtime’s free 30-day trial for new subscribers, which is easy to get if you’ve already cut the cord and don’t have cable, via Apple Channels or Showtime.com . You can also get the channel through a live TV service, like Sling TV or FuboTV.

Showtime is offering a 30-day free trial to check out its acclaimed originals and library of movies. The premium channel is the home of Billions, The Chi, American Rust and L Word: Generation Q. Plus, check out classic films like The Godfather trilogy, Hoosiers and Psycho.

Sling TV is one of the cheaper live TV services on the market. New subscribers can get the first month of Sling for just $10. Choose the Orange or Blue package, then add on Showtime!

Fubo.TV is a great alternative to a cable package. With the Starter Plan ($65 per month), you get over 120 channels, including all the local broadcast networks and top cable brands. Add on Showtime to catch Yellowjackets.

View DealHow to watch Yellowjackets in the UK

Good news for Brits! Yellowjackets is airing on Sky Atlantic, which comes with a Sky TV package, starting at £25.

Episodes will air the day after the U.S. broadcast. They will also stream on-demand on the Sky Go app.

You can also watch new episodes of Yellowjackets on the contract-free NOW service the same day as their TV broadcast. It’s £9.99 a month for the Entertainment pass, but you can try before you buy with its 7-day free trial.

For anyone traveling in the U.K. who wants to use the services they already pay for, check out ExpressVPN.

How to watch Yellowjackets in Canada

Canadians can watch Yellowjackets with a subscription to Crave. New episodes will drop at the same time as the U.S. airing.

If you’re an American traveling abroad and want to use your streaming service subscription, you’ll need to look into the best VPN services.