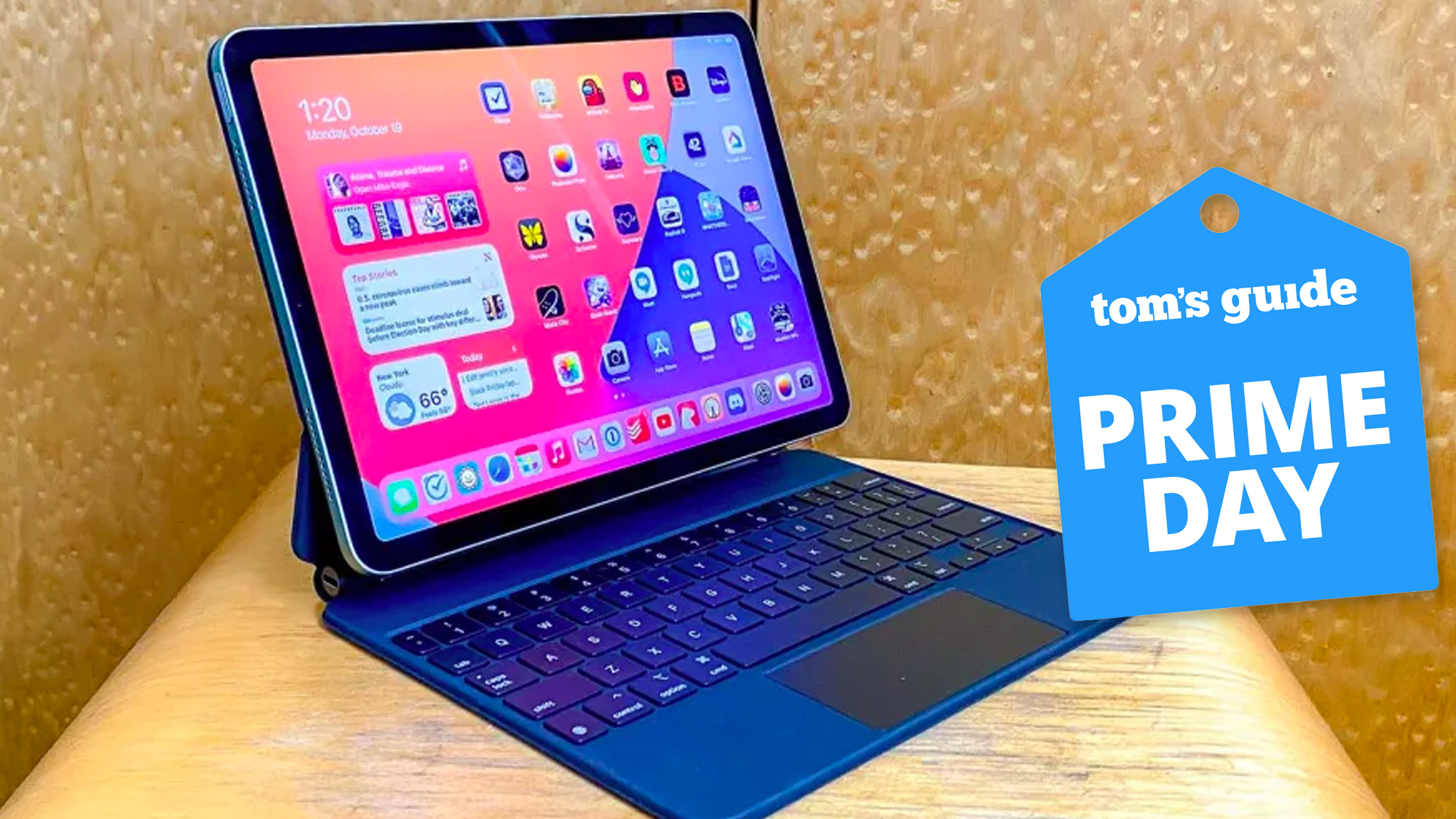 Apple’s iPad Air has everything you can possibly want in a tablet for a good price, and that price just got even cheaper as Prime Day deals are starting to trickle in.

Right now you can get the 10.9-inch iPad Air for just $539 at Amazon, which is one of the first Prime Day iPad deals we’ve seen. That’s $60 off and the lowest price we’ve seen since Black Friday. This sleek tablet sports slim bezels and a fast A14 Bionic CPU, and you can pair it with a Magic Keyboard so it can double as a laptop.

In our iPad Air 2020 review, we called it the best tablet for most people. And it’s easy to see why. You get an elegant and thin design and a display that’s bright, sharp and colorful. Other highlights include an excellent webcam, USB-C charging and support fo the 2nd gen Apple Pencil.

The only real strike against this slate is the lack of Face ID, but the power button includes a Touch ID sensor for easily unlocking the device.

In our web surfing battery test, the iPad Air lasted an excellent 10 hours and 29 minutes, so you should have no problem making it through most of the day. Not bad for a tablet that weighs only 1 pound.

Be sure to check out all of the best Prime Day deals in our roundup and check back often for the biggest savings on everything from tablets and laptops to TVs and appliances.