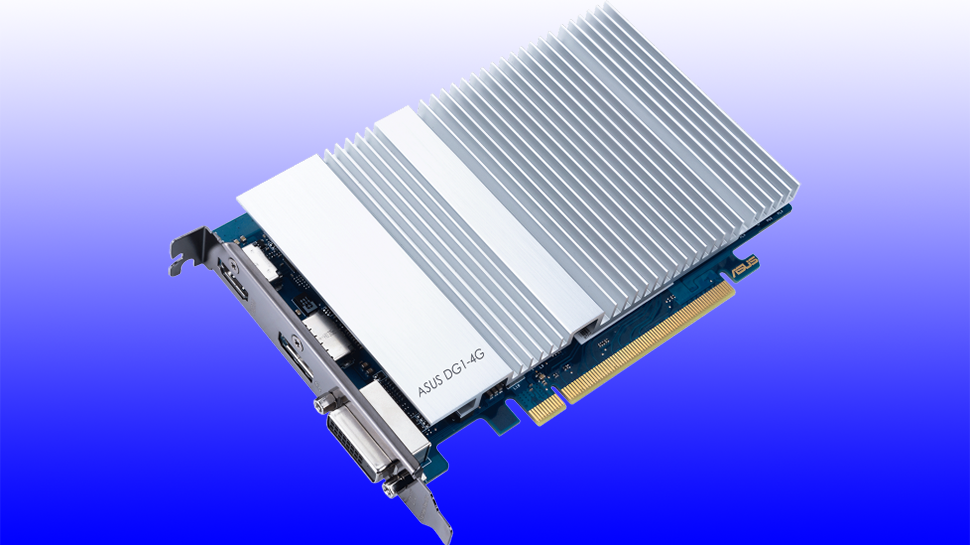 As reported yesterday, Intel’s first discrete graphics cards for desktops in more than two decades will not be available at retail and will only be sold as parts of pre-built mainstream systems. Apparently, they will also be compatible with select Intel’s platforms only and will not work with AMD’s CPUs at all.

Apparently, not all PCs are compatible with Intel’s Iris Xe add-in card. Intel says that only systems running its 9th- and 10th-Gen Core processors on motherboards powered by its B460, H410, B365, and H310C chipset are compatible with its graphics card. According to the chip giant, platforms need a special BIOS to work with its DG1 solution. As a result, (for memory?) Intel’s Iris Xe graphics boards will not work with AMD-based systems, as well as Intel’s advanced machines featuring its Z-series chipsets.

Intel’s Iris Xe standalone graphics board for desktop PCs and the Iris Xe Max discrete GPU for notebooks are based on the company’s Xe-LP architecture that is also used for Tiger Lake’s integrated GPUs. Since the Xe-LP architecture was designed primarily for iGPUs (and to get the ecosystem ready for Xe-HP and Xe-HPG graphics processors), even its standalone DG1 versions don’t really offer decent performance in demanding modern games, but could still serve well inside entry-level PCs used for work and media.

Since entry-level graphics cards are not particularly popular at retail, but there are a bunch of CPUs in the channel that do not feature Intel’s latest Xe graphics, the company apparently decided to reserve its Iris Xe discrete graphics cards for OEMs and only sell them as parts of pre-built PCs. As a matter of fact, there are a bunch of entry-level desktops with low-end graphics cards. These boards don’t consume a lot of power, yet are still noticeably better than many integrated solutions.

“Please note that the Iris Xe add-in card will be paired with 9th Gen (Coffee Lake-S) and 10th Gen (Comet Lake-S) Intel Core desktop processors and Intel B460, H410, B365, and H310C chipset-based motherboards and sold as part of pre-built systems. These motherboards require a special BIOS that supports Intel Iris Xe, so the cards won’t be compatible in other systems.”

One of the reasons why Intel might limit the compatibility of its DG1 graphics board to select systems is to ensure that it will not have to support and ensure compatibility with many PC configurations, which will lower its costs. As an added bonus, it will not provide a low-end graphics option to cheap platforms running entry-level AMD processors.