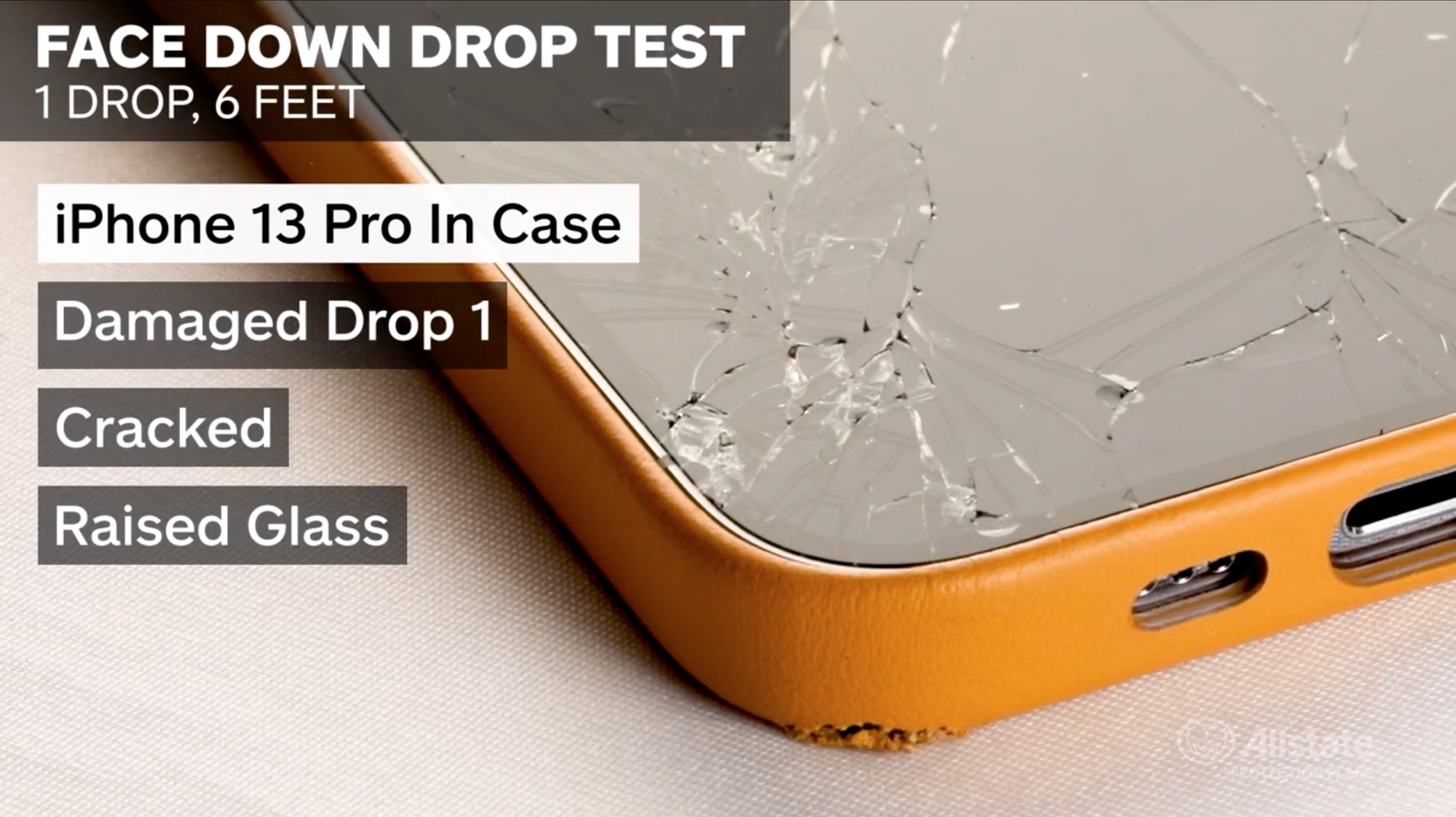 If you’ve bought one of Apple’s new iPhone 13 models, you’d better invest in case too, at least if you want to increase your new device’s chances of surviving a fall. And after watching a new iPhone 13 drop-test video, you’ll likely be rushing out to buy that new case right away.

“With back panel repairs costing as much as $549 for iPhone 13 Pro, a case is a must,” said Jason Siciliano vice president of marketing and creative director at Allstate Protection Plans.

The iPhones weren’t as fortunate when dropped face-down, even with the case. The iPhone 13 suffered cracks after its second drop while the iPhone 13 Pro suffered both cracks and raised glass after one drop.

As for drops without a case, the iPhone 13 models fared about as well as their iPhone 12 counterparts. That’s actually good news, as Allstate called the iPhone 12 the most durable phone it had ever tested after last year’s drop testing.

“The Apple iPhone 13 series has been viewed as a product evolution rather than a revolution, and we’ve found that to be true when it comes to durability as well,” Siciliano said in a statement accompanying the results.

The iPhone 13 proved to be the more durable phone in drops without a case, surviving the first face-down drop without damage and cracking on the second; dropped back down, the iPhone didn’t suffer damage until the third drop. The iPhone 13 Pro sustained some damage on its first drops on both the face- and back-down tests.

Like last year’s iPhone 12 models, the iPhone 13 and iPhone 13 Pro feature a Ceramic Shield display meant to better resist damage from drops. And you can certainly see the impact of that in Allstate’s drop tests.