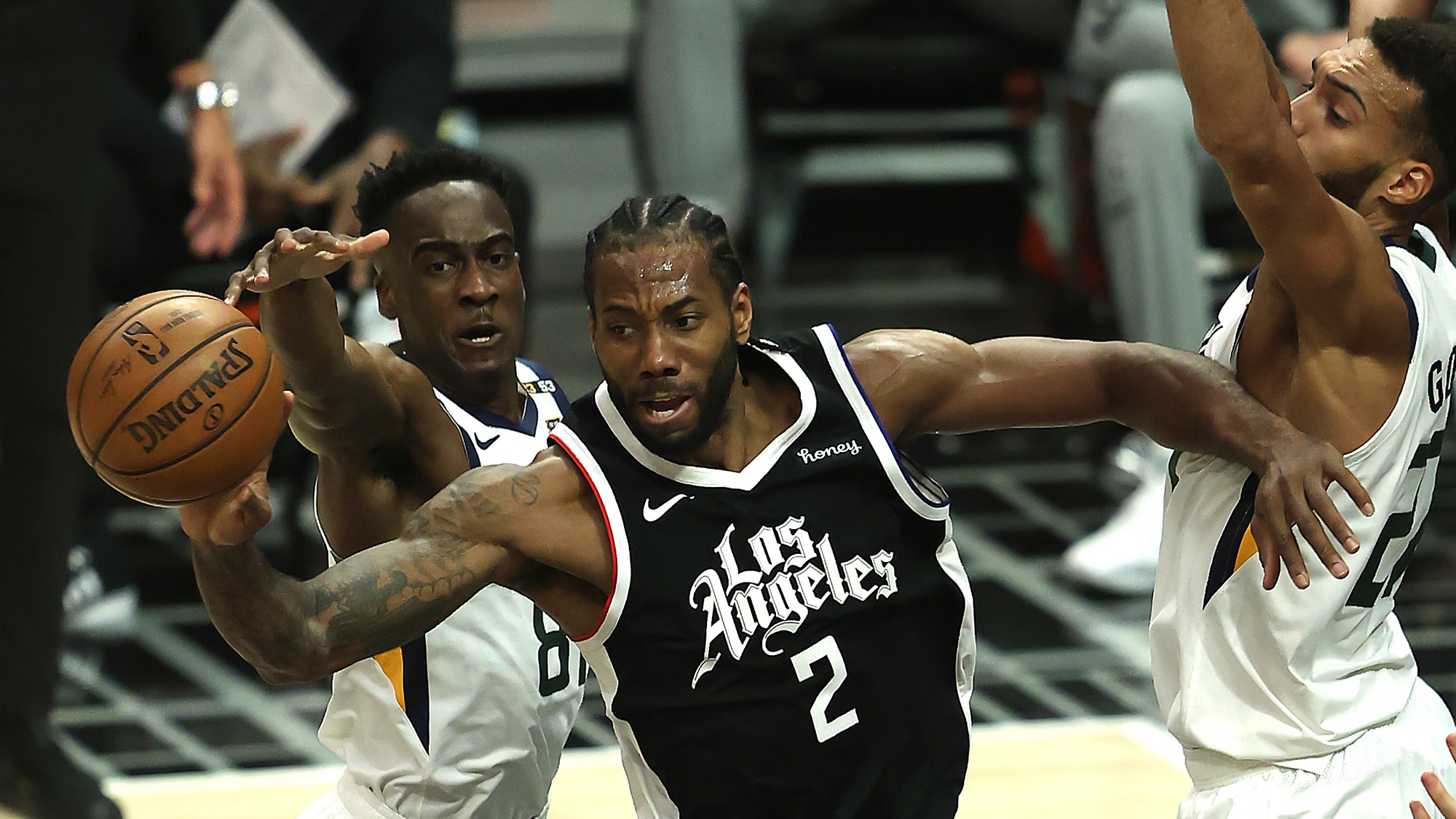 The Jazz vs Clippers live stream begins Monday, June 14th at 10 p.m. ET / 7 p.m. PT. It will air TNT, which is available on Sling TV, currently on sale down to $10 for the first month.

The Jazz vs Clippers live stream will have Los Angeles hoping they get a similar output from their stars while Utah is looking to reestablish control in this NBA playoffs live stream.

Through the first two games of this series Clippers stars Kawhi Leonard and Paul George played well, but not well enough to out duel Utah’s Donovan Mitchell. That changed Saturday night. Leonard scored a game-high 34 points while George dropped in 31 as the Clippers cruised to a 132-106 victory in Game 3. Mitchell still scored 30 points in the loss. Utah’s lead in this series is now 2-1.

One of the biggest differences for L.A. in Game 3 was their accuracy from three. George led the charge shooting 6-for-10 while Reggie Jackson shot 5-for-6. As a team the Clippers shot 52% from beyond the arc 12 points higher than their average this postseason. Their outside shooting helped them win their second consecutive home game of the playoffs after dropping 8 straight at the Staples Center.

Utah is crossing their fingers right now when it comes to the immediate future of this series. Mitchell left Game 3 in the fourth quarter after he tweaked an ankle injury that held him out of one playoff game this postseason. The Jazz star shooting guard said after the game he could have gone back in but at that point the game was out of hand.

How to avoid Jazz vs Clippers blackouts with a VPN

If you’ve had to leave your own “bubble” — or you’ve been hit by a dreaded local blackout — and you can’t watch Jazz vs Clippers live streams on cable, you’re not out of luck. With a virtual private network, or VPN, you can appear to be surfing the web from your home town (or somewhere that blackouts won’t hit), and access the same streaming services you already paid for.

If you’ve already cut the cord and don’t have a cable package, you’ll be able to get this game on Sling TV, in the Sling Orange package, which costs $35. We love TNT, but it’s not on Fubo.

Sling’s low pricing is one of the features that makes it one of the best streaming services, but you might be annoyed to learn Sling doesn’t have ABC (which you can get with one of the best TV antennas). That said, ESPN3 is simulcasting ABC NBA playoff games, so you’ll be good with Sling.

Sling TV: You can get ESPN3 and TNT in the Sling Orange package. The 30-plus channels in the lineup include AMC, CNN, Food Network, AMC, Comedy Central, HGTV and many more.View Deal

Jazz vs Clippers live streams in the UK

NBA League Pass is available in the U.K..

Hoops fans in Canada can watch Jazz vs Clippers with TSN, which can be added to your package if you don’t have it already. The game is on TSN4.