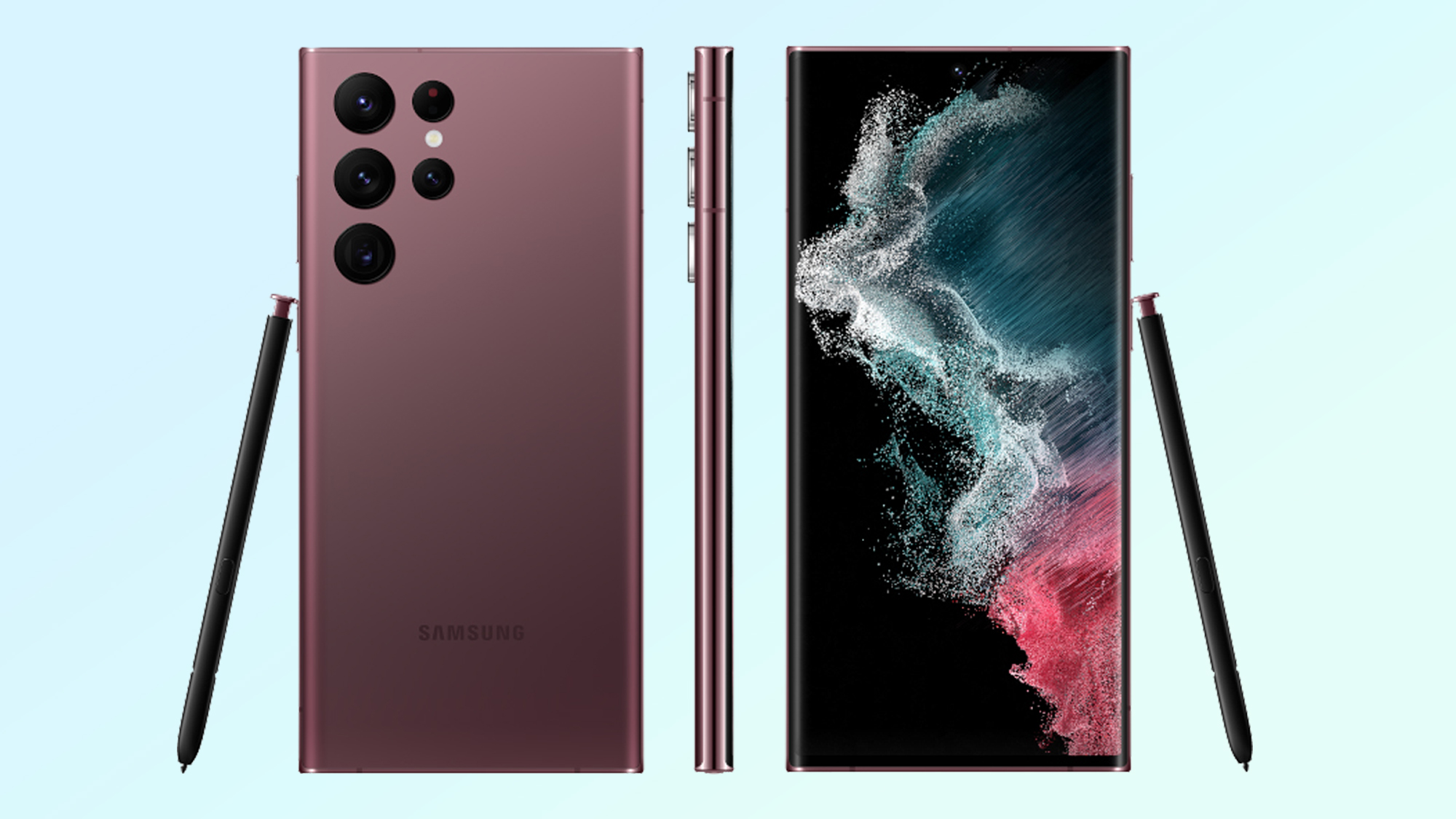 A new Samsung Galaxy S22 Ultra leak has revealed the specs, new renders and the materials. And tapparently his flagship phone is going to be made of strong stuff, according to the latest rumors on the upcoming flagship phone, published by MySmartPrice with help from leaker Ishan Agarwal.

We’ve already heard about the Galaxy S22 Ultra’s new Galaxy Note-style shape and built-in S Pen, but Samsung’s changing the materials up as well. The display will apparently be made from Gorilla Glass Victus Plus, the as-yet unannounced new strongest glass for mobile device displays. We’ll likely see this appear on other Android flagship phones in the coming months, but Samsung seems to be getting it first.

Another rumored change to the phone’s materials is the addition of an Armor Aluminum frame, a strengthened metal frame that we first saw on the Galaxy Z Fold 3 and Galaxy Z Flip 3. Together with the phone’s tipped IP68 water/dust resistance rating, this will be one tough phone.

One more thing mentioned in this leak that we’ve not heard about before is auto-framerate support. This allows the phone’s camera to constantly monitor the light level of your shot and adjust the frame-rate as needed. As Agarwal says in replies to one of his tweets though, this is just a Samsung name for a technology that many smartphones are already using.

In case you’ve not been keeping up with all the Galaxy S22 Ultra leaks like we have, MySmartPrice’s story backs up a lot of specs we’ve seen rumored previously, including the phone’s design as you can see in the new renders on this page.

The reinforced feature rumors include the Galaxy S22 Ultra’s quad-camera array on the back and 45W charging support for its rumored 5,000 mAh battery. The report also backs up other leaked details like decreased S Pen latency, a 6.8-inch display with an adaptive 120Hz refresh rate, and Android 12 with One UI 4.1 running things.

One thing that this report doesn’t cover is the chipset, because Agarwal is unsure which one will be found in the Galaxy S22 models sold in India where he’s based. The options are either the Snapdragon 8 Gen 1, which we expect in the U.S. Galaxy S22 handsets, and the new Samsung Exynos 2200, which should appear in S22 phones across the rest of the world.

If you want to find out the full confirmed details about the Galaxy S22, then Samsung is expect to announce the phone at a Galaxy Unpacked event in early February. It’s unlikely to be alone, as we’re also hearing talk of the Galaxy Tab S8 making its debut at the same event.