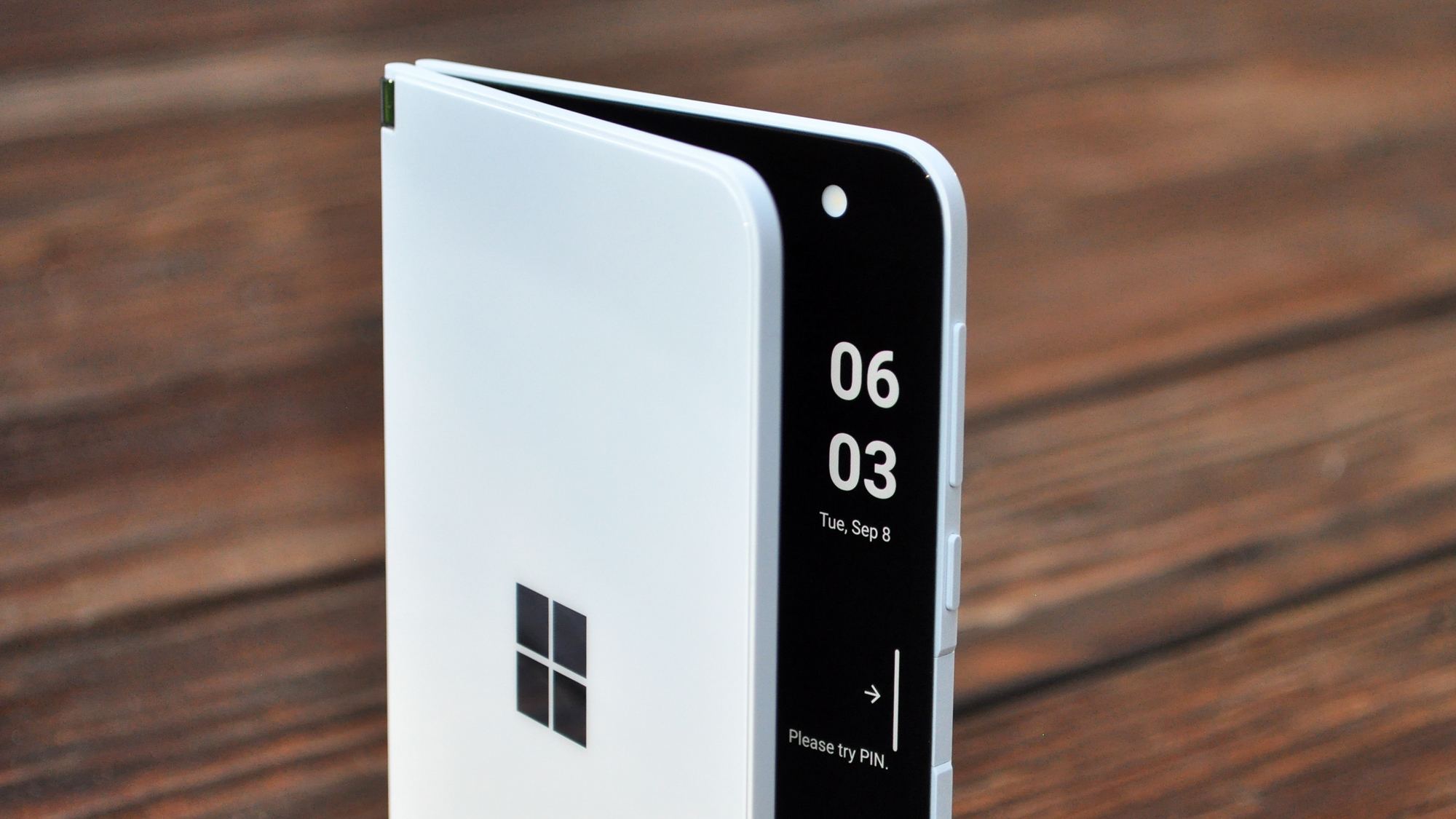 Last’s year’s Microsoft Surface Duo was an intriguing device. The clamshell handset sat somewhere between a tablet and a foldable. Unlike the upcoming Samsung Galaxy  Z Fold 3, Microsoft’s device doesn’t use a single foldable display, but instead two that sandwich together.

While there was a lot to like with Microsoft’s take on foldable phones, the Surface Duo lacked in a few key areas. The original Surface Duo from 2020 was rocking specs from 2019 while charging $1,400. That price-to-performance delta was too much for many critics and enthusiasts, which led to its less than stellar reviews.

Nine months after launch, the phone has been discounted heavily, going as low as $410 — almost $1,000 off the original price. Those that did buy the Surface Duo are still waiting for the Android 11 update, something that Microsoft has promised but has yet to deliver. Even if Microsoft does release Android 11 for the Surface Duo, Android 12 beta testing is already underway.

Despite these missteps, Microsoft appears to have a follow-up to its dual-screen phablet in the works. Already we’re seeing images of the Surface Duo 2 land online, and according to our sister-site Windows Central, the device is coming later this year.

Below is everything we know so far about the Microsoft Surface Duo 2.

At the moment there’s no hard release date on the Microsoft Surface Duo 2. Luckily, the sleuths over at Windows Central can confirm a general release window. At the moment, the device is rumored to be arriving in September or October this year.

The Microsoft Surface Duo 2 has not been announced yet, which means no official price for the dual-screen clamshell phone. We do know that last year’s Surface Duo debuted at a staggering $1,400.

It’s not known how many $1,400 Surface Duos Microsoft was able to sell, but seven months later the phone did drop to a more reasonable $699. And, not too long ago the phone could be found on sale for as low as $410, almost $1,000 off the original retail price.

Based on the images that have leaked online, the Surface Duo 2 looks to be a very similar-looking device to last year’s mode. There is one glaring exception however, and that’s the camera bump.

According to Windows Central, this time Microsoft will employ a more traditional camera cluster on the Surface Duo 2. It will feature a standard sensor, an ultrawide and a telephoto. This should all be welcome news, considering the camera on the original Surface Duo was mediocre at best.

Still, some of the camera compromises made sense. The Surface Duo, when open, had a thickness of just 4.8mm. At that size, it’s impossible to have a large camera sensor. And Microsoft intentionally wanted the camera system to be flush, as it allowed the phone to rotate a full 360-degrees flat.

The added camera bump will make the full 360-degree fold impossible, which will take away  one of the Surface Duo’s key party tricks.

Other than that, it seems as if the fingerprint reader is also being moved, and will be integrated into the power button. It’s uncertain if the Surface Duo 2 will retain the chunky bezels of the original.

As for colors, it’s looking like Microsoft will have a matte black finish along with white. Windows Central also believes that the device will have frosted glass on the exterior.

We still don’t have a full spec list yet, but Windows Central can confirm that this year’s Surface Duo 2 will have hardware to match the latest flagships from Samsung. This includes a Snapdragon 888 processor, 5G support and NFC communication for wireless payments. The USB Type-C is also being moved to the right side of the device

Unfortunately, little else is known. We do know that the camera system on the Microsoft Surface Duo 2 will feature a standard sensor, along with a telephoto and ultrawide.

Like last year’s phone, we expect the Surface Duo 2 to at least sport 2700 x 1800 displays, 6GB of RAM and dual 3,577 mAh batteries. We are hoping the RAM gets an upgrade as multitasking could sometimes stutter on the original device.

In a world of flat glass slabs, Microsoft’s Surface Duo offered a nice change of pace. It brought with it many cool ideas, even if execution wasn’t great. Our review unit ran into a few bugs and Microsoft’s software support has been middling.

Even then, the concept of a phone that puts multitasking at the forefront is a great idea. And by splitting the device into two screens, it was like having a dual-monitor setup.

Unfortunately for Microsoft, eyes are locked on Samsung’s upcoming Galaxy Z Fold 3. Rumors point to Samsung lowering the price to anywhere between $1,660-1,750 dollars. While expensive, it is Samsung’s third attempt at the concept, and many of the bugs will have been ironed out. For those willing to spend $1,300-plus on a device, they’re going to want the best for their money.

If Microsoft wants the Surface Duo 2 to succeed, especially when competition from foldables is heating up, it needs to not pull any punches.

Imad Khan is news editor at Tom’s Guide, helping direct the day’s breaking coverage. Prior to working at the site, Imad was a full-time freelancer, with bylines at the New York Times, the Washington Post and ESPN. Outside of work, you can find him sitting blankly in front of a Word document trying desperately to write the first pages of a new book.