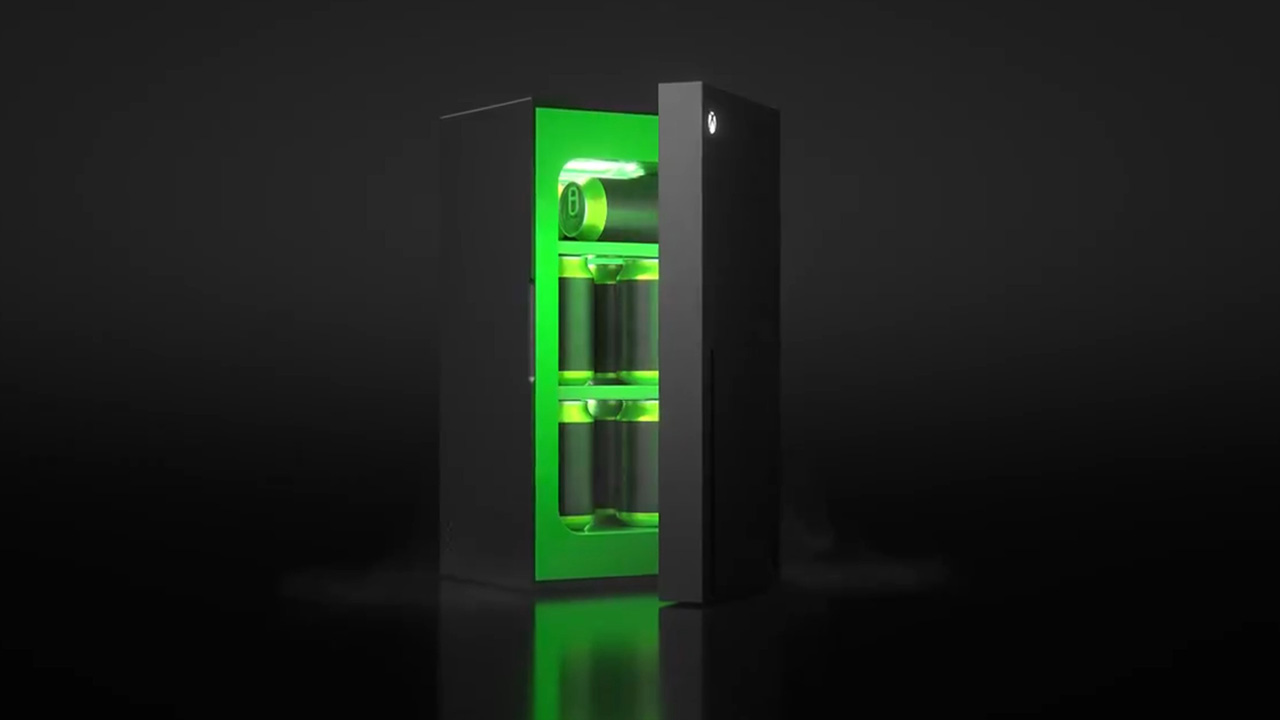 We thought that the Xbox Series X mini fridge might have been an April Fool’s prank when it was first revealed back in early April, but Microsoft confirmed in mid-June that the product would indeed come to market. The appliance was designed in conjunction with Ukonic!, and Microsoft cheekily adds that it embodies the concept of “Xbox and Chill” for hardcore gamers.

The Xbox Series X mini fridge has enough room inside for up to 12 cans of your favorite beverage so you can stay refreshed during your all nighter gaming sessions. There are also two pockets on the inside of the door, which seem a little small to be practical. Perhaps you could toss a couple of candy bars in there if you’re in a warmer climate without air conditioning.

Microsoft says that the mini fridge comes with a DC power adapter, making it easier for you to carry around with you. There’s even a USB port included on the front that allows you to charge your cell phone or a set of wireless headphones (among other accessories).

According to Microsoft, the Xbox Series X mini fridge will be available to purchase exclusively from Target in the United States and Canada. In the UK, it will be available from GAME, priced at £89.99. In addition, Xbox fans in France, Germany, Italy, Ireland, Spain, The Netherlands and Poland will have an opportunity to purchase the mini fridge for €99.00 from GameStop EU.

Update 10/15/21 4:15pm PT: Microsoft informed us that the Xbox Series X mini fridge will not be available from Target in Canada as originally stated. Instead, it will ship directly from Microsoft’s Xbox Gear store in December.