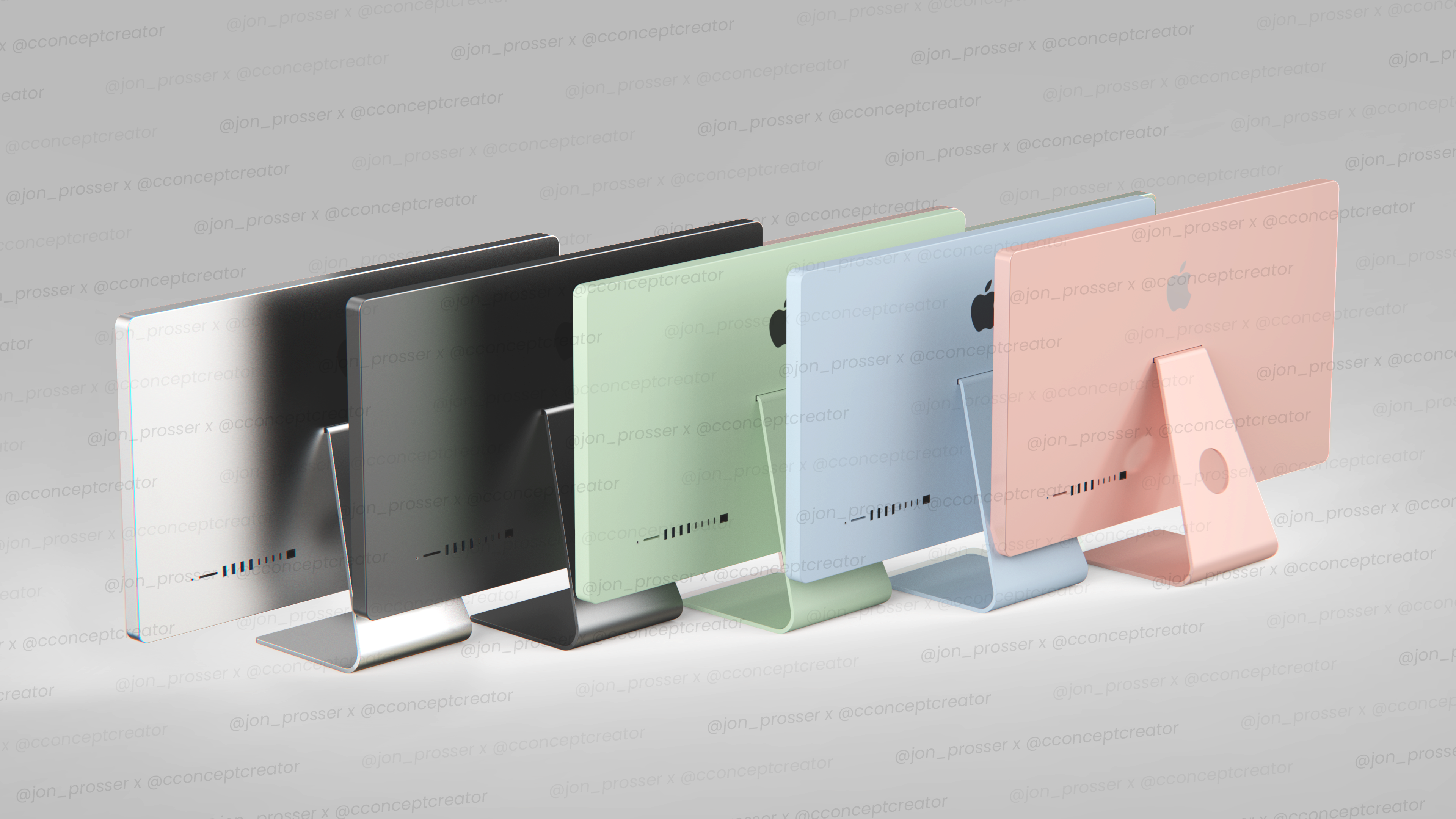 It’s looking increasingly likely that Apple will launch a new iMac 2021 range at tomorrow’s Spring Loaded event. And what’s more, those new machines may come in a variety of colors.

That’s according to leaker L0vetodream on Twitter, who posted a picture of the old-school colorful iMacs alongside the logo for tomorrow’s event, the implication being that the colors on the logo will be coming to the 2021 iMacs.

We’ve been hearing rumors about an upgraded iMac range ever since Apple confirmed it was discontinuing the previous iMac Pro model. We don’t know a great deal about what these new machines might offer, but we have seen a few hints.

The main upgrade to the iMac 2021 is that it will likely have an Apple Silicon ARM chip, though whether it’s the same M1 chip as the one in last year’s MacBook Pro and Apple Mac Mini with M1 is still unclear. We’ve been hearing rumors about a new Apple Silicon chip, called either the M2 chip or the M1X, for a while.

The M1X chip is expected to have even more power than the standard M1, with up to 12 cores — which would be the ideal addition to a desktop machine.

The iMac 2021 also may come with a new mini-LED display, something Apple has been rumored to be moving into with a range of new products, including the iPad Pro 2021. As for the design, existing leaks suggest something akin to the Pro Display XDR, albeit with a kinder price tag. The new iMac may also come with a choice of 21.5-inch and 27-inch displays.

All those rumors have been compiled by designer Amdix for Concepts iPhone, giving us a good idea of what the iMac 2021 might look like. Just remember that this isn’t an official design; we won’t see one of those until tomorrow’s event, assuming the new iMac is unveiled there.

The Apple Spring Loaded event is also expected to feature new iPads, a new Apple TV 2021, Apple AirPods 3, and the long-awaited launch of the Apple AirTags trackers. It’s all set to kick off tomorrow (April 20) at 1 p.m. ET / 10 a.m. PT and you can follow it all on Tom’s Guide.