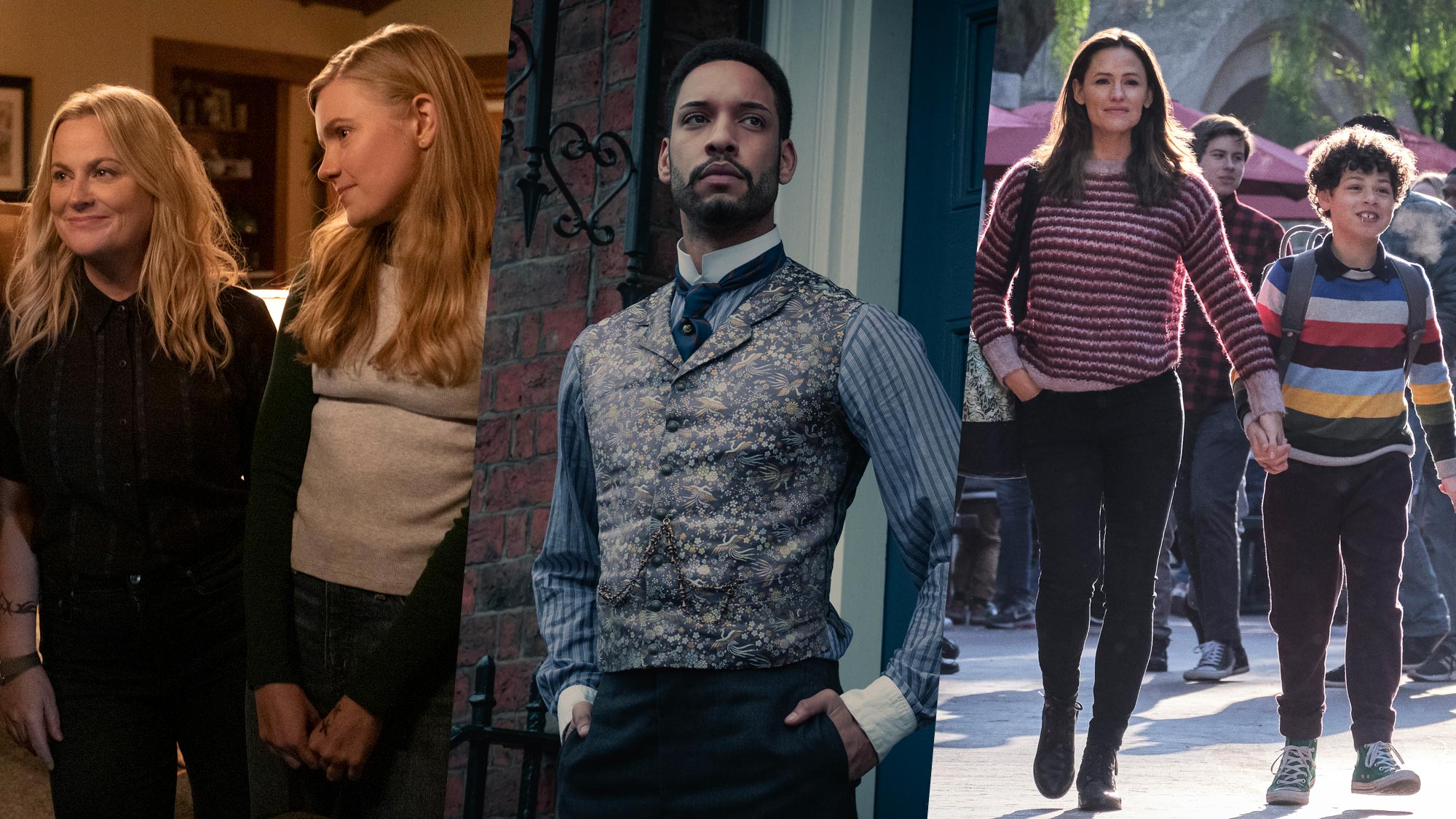 Spring is just around the corner and with it comes a ton of movies and shows that are new on Netflix in March 2021. This month delivers more Netflix originals, documentaries, comedy specials and kids programming for your streaming pleasure.

Plus, Netflix is releasing at least one major movie every week. Check out the 15 most exciting Netflix movies in 2021. One of our picks, Moxie, is debuting in March. The film comes from Amy Poehler and looks like a riot. Other notable Netflix movies this month include Bad Trip and the family comedy Yes Day, with Jennifer Garner.

The new on Netflix calendar also includes several documentaries and docu-series, such as Biggie: I Got a Story to Tell and Operation Varsity Blues, about the college admissions scandal.

And the streaming service is adding even more titles to its huge library, like past favorites I Am Legend, Rain Man and The Dark Knight.

Amy Poehler directs and stars in this comedy, but it’s newcomer Hadley Robinson who gets the spotlight as a shy 16-year-old girl who sparks a “coming-of-rage” revolution at her high school. Fed up with the sexist status quo, Vivian takes a page from her mother’s rebellious past and anonymously publishes a zine that completely upends the entire school.

In this family flick, parents Allison and Carlos (Jennifer Garner, Édgar Ramírez) are sick and tired of having to say “no” all the time, in every facet of their life, but particularly to their kids. So they institute one day where they say “yes” to everything, leading the Torres family on a surprising adventure through Los Angeles.

Arrives on Netflix on March 12

To All the Boys: Always and Forever

Netflix loves itself some Sherlock Holmes. After the success of Enola Holmes, the streamer is releasing a Sherlock-adjacent series following a group of teen street urchins who work with Dr. Watson to solve increasingly supernatural crimes. But they never get the glory since the drug-addled Sherlock takes all the credit.

Our top selections are in bold, and we’ve got quotes from Netflix to help explain its latest originals that you might not know about.