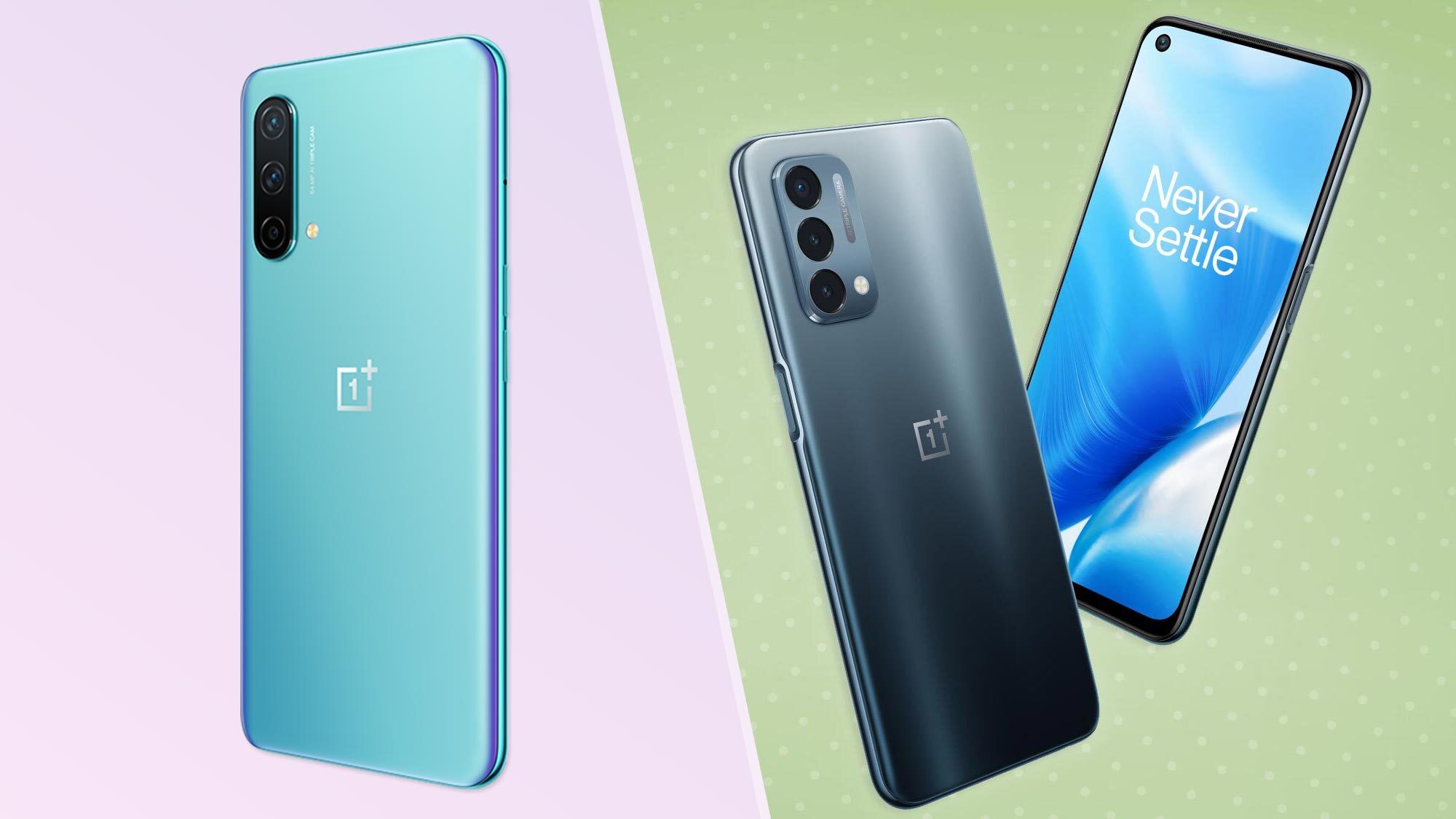 OnePlus’ two most recent phones, the OnePlus Nord N200 and the OnePlus Nord CE, are bound for different parts of the world. But the similarities and contrasts between them are not what you’d expect.

The two come from different areas in OnePlus’ Nord line of budget phones. The Nord N200 is meant to replace the Nord N100, currently OnePlus’ cheapest phone, with another feature-packed handset. Importantly, it introduces 5G, a rarity at this price. The Nord CE however is a reimagined version of the original OnePlus Nord, losing a few features but also improving existing ones to make a very tempting mid-range purchase.

If you want to figure out which phone is best, or want to see what you’re missing out on in your region, then read on. We’ve broken down the Nord N200 and Nord CE’s specs to show how they compare.

The Nord N200 is coming to the U.S., with availability in the U.K. and beyond uncertain. Its USD price has been given as $240, more expensive than the N100 was at launch.

The Nord CE is not coming to the U.S., but will be up for sale in Europe. Its cost has been confirmed as starting at £300, with another £70 getting you the higher memory and storage version.

There’s a lot of family resemblance between the Nord CE and Nord N200, as you’d expect. Both phones have similar punch-hole camera displays on the front, and a vertical line of cameras on the back. The Nord CE houses these in a stadium-shaped camera bump, while on the N200 it’s a rectangular block.

Both phones offer a slightly different selection of colors. The Nord CE comes in either Blue Void, Charcoal Ink or Silver Ray, while the N200 is currently only confirmed to be coming in Blue Quantum.

For screens, the N200 is getting a 6.5-inch LCD display with a 90Hz refresh rate and an FHD resolution, which is a lot for its price bracket. The Nord CE is slightly smaller at 6.4 inches, and uses a more power-efficient AMOLED display, but also offers 90Hz and FHD.

We can see three cameras on the back of the N200, but we only know the resolution of the main sensor: 13MP. Odds are these other cameras are some combination of either ultrawide, depth or macro cameras. The N100, for reference, carried a 13MP main camera, a 2MP macro camera and a 2MP depth camera.

All the back cameras on the Nord CE we know for sure. The unit consists of a 64MP main camera, an 8MP ultrawide camera, and a 2MP depth camera.

On the front of both phones lies a single selfie camera, rather than the dual cameras on the original Nord. The CE uses a 16MP sensor here, and the N200 is expected to also.

There’s a big gap between the two Nord phones’ processing power. OnePlus has confirmed the N200 uses a Snapdragon 480 chip, with 4GB RAM and 64GB storage. It’s an improvement to the N100, but still fairly low-powered.

While the Nord CE still doesn’t offer flagship standard specs, it’s more powerful than the N200. OnePlus has equipped the CE with a Snapdragon 750G, which also brings with it 5G compatibility. This chip is accompanied by either 8GB RAM and 128GB storage, or 12GB RAM and 256GB storage.

Nord N200 has a sizeable 5,000 mAh battery, and comes with an 18W wired charger. That should translate to strong battery life, and a reasonable recharging speed.

The Nord CE has less capacity, but a faster charger. Its cell has a 4,500 mAh capacity, but it can charge at up to 30W when plugged in. This speed isn’t the fastest around, but it’s a lot more rapid than many phones at its price.

There is no difference between the phones in this category. Both will run on Android 11 with OnePlus’ attractively designed OxygenOS 11 skin.

For security, both phones have fingerprint sensors, albeit in different places. The N200’s sensor is mounted onto its power button, while the Nord CE hides its scanner beneath the bottom portion of its display.

Both American and European smartphone buyers have reasons to be jealous of the cheap OnePlus phone on offer in the other region. The Nord CE offers generally superior specs, including faster charging, an AMOLED screen and greater computing power. The Nord N200 on the other hand still offers the same display resolution and refresh rate, selfie camera resolution and a larger battery, while costing notably less.

Consumers don’t really have a choice between these two phones, but the competition they may also choose from is the same. The Google Pixel 4a, the iPhone SE and the Samsung Galaxy A series all sit around the same price point, but hardware features vary wildly between them. Whether you have access to the Nord CE or the Nord N200, it will probably be a prudent addition to your budget phone shortlist if you’re looking to buy now.