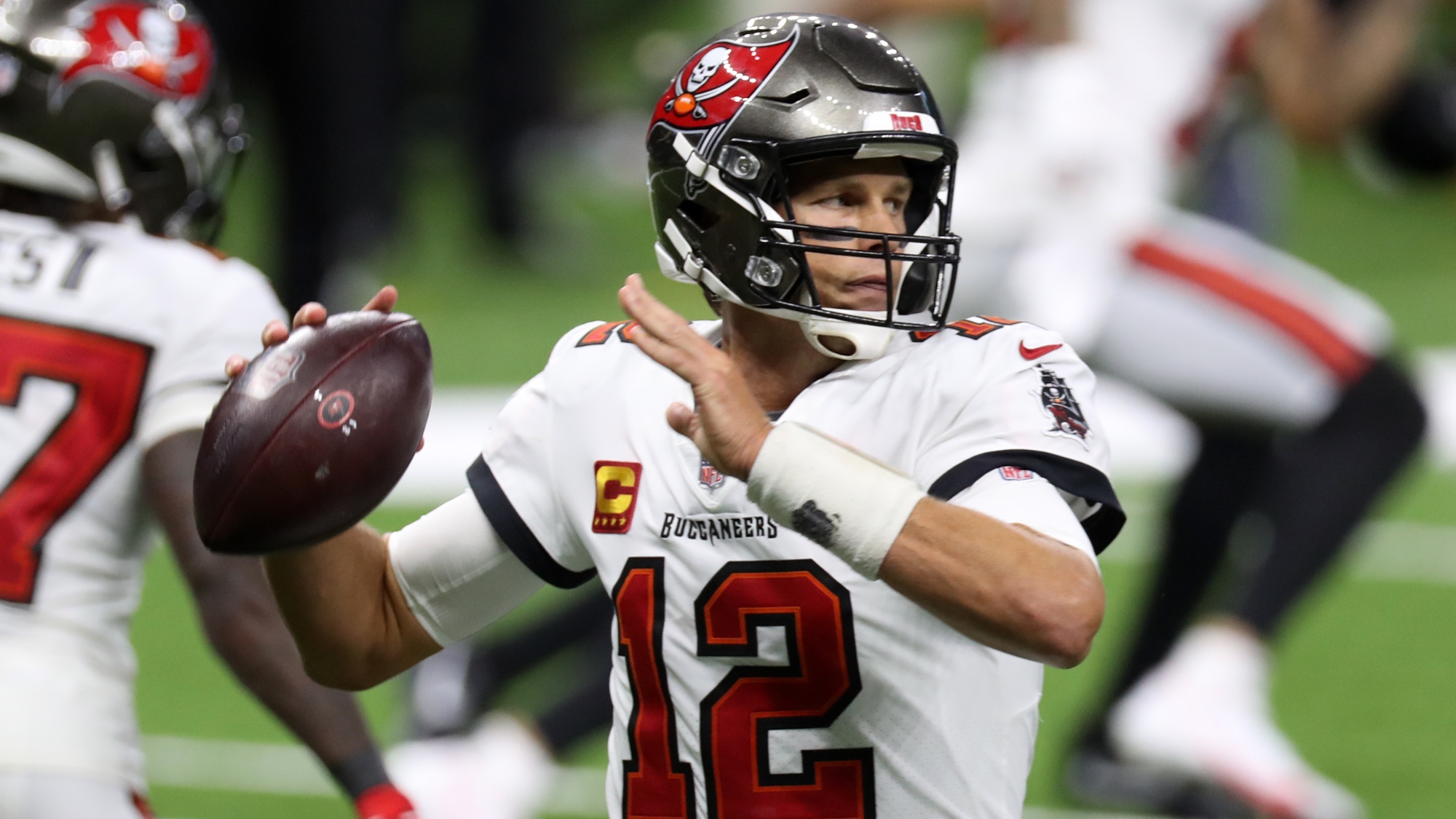 It’s time for the Panthers vs Buccaneers live stream, where all eyes will be curious to see if Tom Brady and his Tompa (groan) Bay Buccs can prove that they’re a real cohesive team… and not just two superstars (Brady and his buddy Rob Gronkwoski) and a lot of guys who inherited a lot of media attention. Last week saw the Buccs fall to the Saints, and any more losing may have Brady wondering if he can convince his old coach to move to Florida.

Last week’s NFL live stream wasn’t a good one for Brady, who threw 2 interceptions in the team’s 34-23 loss in New Orleans. The Panthers’ Week 1 loss was by a much smaller margin, 34-30 agains the Las Vegas Raiders, a game lost on defense.

Those looking for a reason to give Carolina the edge will remember how quarterback Teddy Bridgewater — and his whole team, even — had zero turnovers. If they play this disciplined at Tampa Bay, they should turn their record to 1-1.

That all said? Buccs are favored, 26 to 20. This may be attributed to how the Panthers aren’t a great team on grass and they’ve got two wide recievers — Mike Evans (hamstring) and Chris Godwin (concussion) listed as questionable.

Here are the best ways to watch the NFL season continue with Sunday’s Panthers vs Buccaneers live stream:

How to watch Panthers vs Buccaneers live streams with a VPN

Football fans, if for some reason you’ve had to leave your own “bubble” — or you can’t get the NFL Network where you are for some strange reason — and you can’t watch the Panthers vs Buccaneers live streams you want, you’re not out of luck.

You should also check out IPVanish, another of the best VPNs, which has unlimited device connections, and it’s also great for working around Netflix’s georestrictions, so you can watch stuff on international Netflix plans that isn’t in your neck of the globe. Its annual plan works out to a shockingly low $3.25 per month, too.
View Deal

Panthers vs Buccaneers live streams in the US

In America, Panthers vs Buccaneers is starting in 10 minutes on FOX, which is included on most cable TV packages and is available on two of our favorite streaming services, fuboTV and Sling TV. The game begins at 1 p.m. ET / 10 a.m. PT, today (Sunday, Sept. 20).

If FOX, ESPN, NBC and NFL Network have typically been enough to get you all the football you need, you could rely on Sling (which doesn’t include CBS or NFL RedZone).

It’s a case of “you get what you pay for” as Sling Orange & Blue (which you’d need to get ESPN, FOX, NBC and NFL Network) costs $45 per month, while the Fubo TV Standard package gives you all of the above, for $59.99 per month.

If you can stand to miss some games, Sling TV provides a middle ground. The $45 per month Sling Orange + Blue package has FOX for this game, as well as local NBC affiliates and ESPN.View Deal

Fubo.TV: One of the best streaming services with FOX, and the top pick for watching all of the 2020 NFL live streams, Fubo has all of the right network channels and the two cable channels you don’t want to go without. Who needs cable? Not Fubo subscribers. It’s got a 7-day free trial so you don’t need to pay up front.View Deal

NFL Sunday Ticket: Panthers vs Buccaneers is one of the games that DirecTV subscribers can watch via NFL Sunday Ticket (provided that you’re not living in the market of either team). Sunday Ticket streams live games in their entirety to televisions, computers, Android and iOS devices, and game consoles.

If you just want to watch on your phone, the Yahoo Sports app for iOS and Android gives away every NFL game that’s broadcast in your local TV market to your smartphone or tablet for free. Yes, that includes Monday Night Football and Thursday Night Football. You can also sign into your NFL Game Pass subscription and stream it from the Yahoo app.

With one of our best TV antenna picks you can watch live if — and only if — your local FOX affiliate is showing Panthers vs Buccaneers.

Panthers vs Buccaneers live streams in the UK

Unfortunately, our friends across the pond do not get Panthers vs Buccaneers, as it’s not on Sky Sports NFL. The standard method for watching NFL games in the U.K.  Sky Sports features more than 100 live games this season, just not this one.

Get in, folks, we’re going to Da Zone. Or to be more specific, Canadian football fans will need DAZN to watch Panthers vs Buccaneers live streams in Canada.