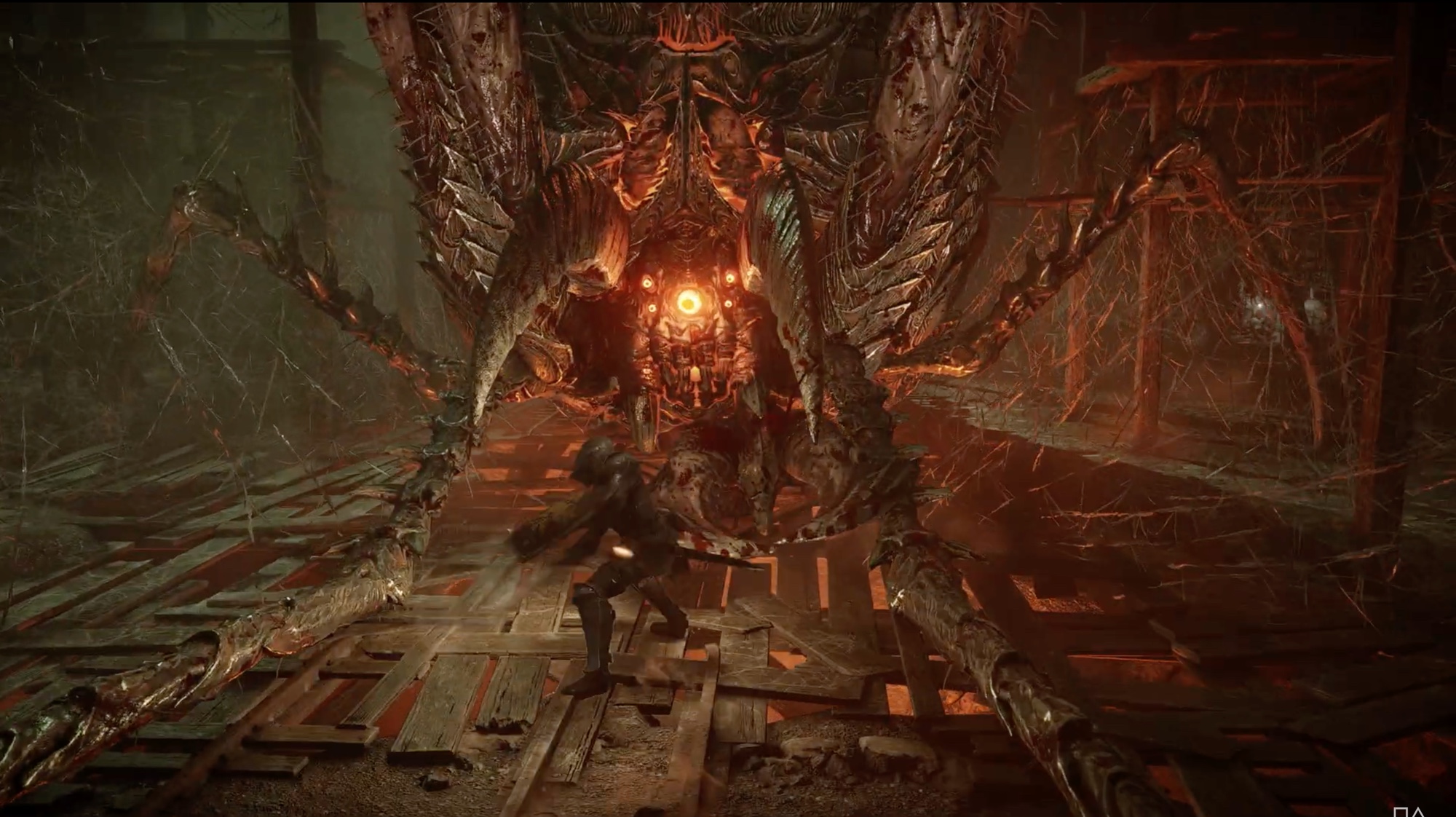 As we get closer to the debut of the PS5, Sony has graced us with additional looks at some of the games available for the new console once it launches Nov. 12. The latest entry is  Demon’s Souls, a complete, top-down remake from Bluepoint Games and SIE Worldwide Studios. And it’s giving would-be PS5 owners plenty to get excited about.

Taking to the PlayStation Blog, SIE Worldwide Studios External Development creative director Gavin Moore detailed what working on a “legendary and beloved title” like Demon’s Souls was like as well as a new gameplay trailer with additional tidbits of info.

The latest trailer takes players to the kingdom of Boletaria, where the austere lands of Stonefang await. Stonefang is just one of five different realms waiting for you to traverse through in the remake, filled with miners cursed to continue digging for the bones of dragons from ancient lands. Stonefang remains lit by arcane weapon forges and the lava that powers them.

Your only real recourse against the souls that await you in this wretched underworld are your sword, shield and wits. You’ve got to adopt important techniques while exploring these caves if you want to be able to thwart massive spiders or their brethren.

The developers of Demon’s Souls have indicated that massive battles with beasts like the Armored Spider and Flamelurker will feel just as they used to in the PlayStation 3 original. The team say they’ve “lovingly recreated” these battles so that they’ll feel as close to possible as what players experienced back in 2009.

While not explicitly stated in the blog, much of this precision and attempts to match the way the game felt when it first debuted will likely come down to what sensations the PS5 can replicate. Using the PS5 DualSense Controller, players will likely feel each clang of the sword and each blow against their weary bodies. Given that the haptic rumble and feedback with the system’s controller is advanced enough to feel the tension of drawing back a bowstring, those tricks will likely be in place here. too.

Speaking to Polygon, Moore explained a bit more how playing with the DualSense could change combat and imbue it with a new feel: “You really feel metal striking metal through your controller. It’s a triumvirate: audio, visual, and tactile all working together at the same time, and it makes a big difference to the gameplay,” he said. “So when you do a parry, you feel it in your hands before you kind of visually see it, and it’s that split-second reaction time, it gives you that little edge that you need, that can actually make the game slightly easier than people think. Because you’re feeling the game world.”

Moore also indicated that “everything that was in the original PlayStation 3 version” will be included in this version of Demon’s Souls so that there’s nothing for players to miss out on. Other than that, this version will include new weapons, rings, and armor.

We’ll have a chance to see how things have changed and how they’ve remained the same when Demon’s Souls debuts on PS5 with the console’s Nov. 12 launch.