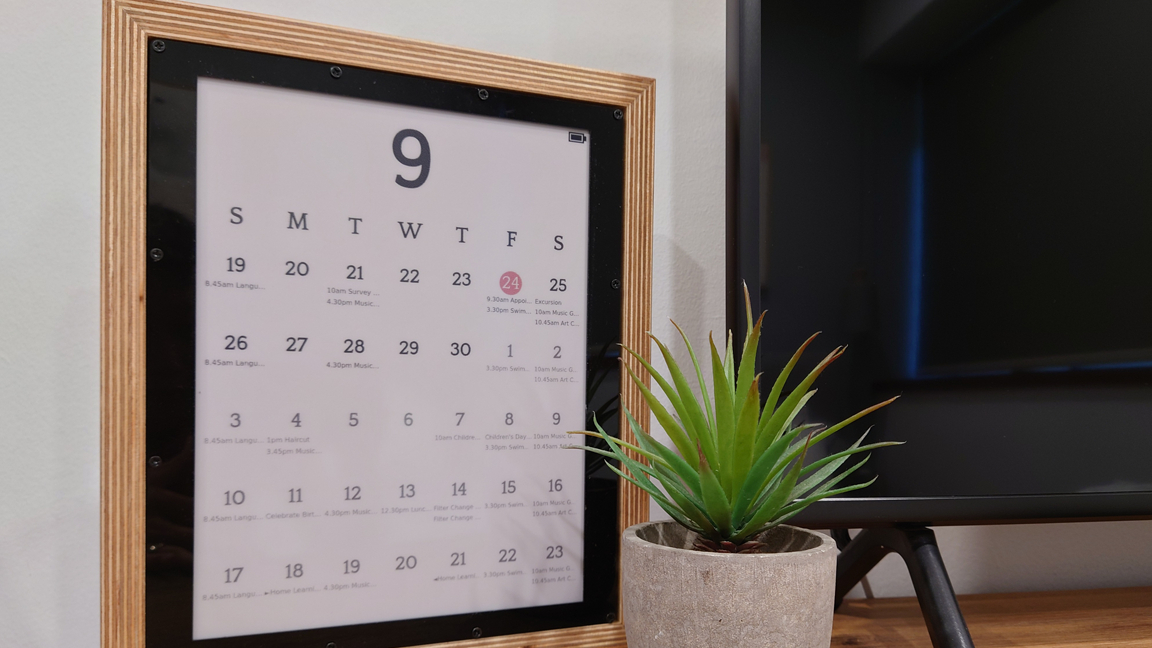 It’s using a PiSugar2 battery which is designed just for the Raspberry Pi Zero. This battery attaches to the GPIO but still leaves full access to the pins and can be stacked with other HATs. It features a built-in RTC module so the Pi can be programmed to power on only when necessary. The Google Calendar data is downloaded once a day and output to a 12.48-inch tri-color E-Ink display from Waveshare.

Speedyg0nz developed a custom Python script to pull calendar events from a given Google Calendar. This script then formats the data into a predetermined layout which updates on the E-Ink display. Because the display is E-Ink, the calendar will remain visible so the Pi can be shut down to conserve power.

According to Speedyg0nz, this configuration lasts a little while before the calendar needs to be recharged. When testing, the PiSugar2 battery lasted around 3 – 4 weeks on a single charge. To keep an eye on the power level, a small battery indicator was added to the upper corner of the calendar display.

The best Raspberry Pi projects are the ones you can make at home and Speedyg0nz was kind enough to share a full build guide at GitHub for anyone interested in recreating it. Check it out to get a closer look at how it goes together and explore the source code.