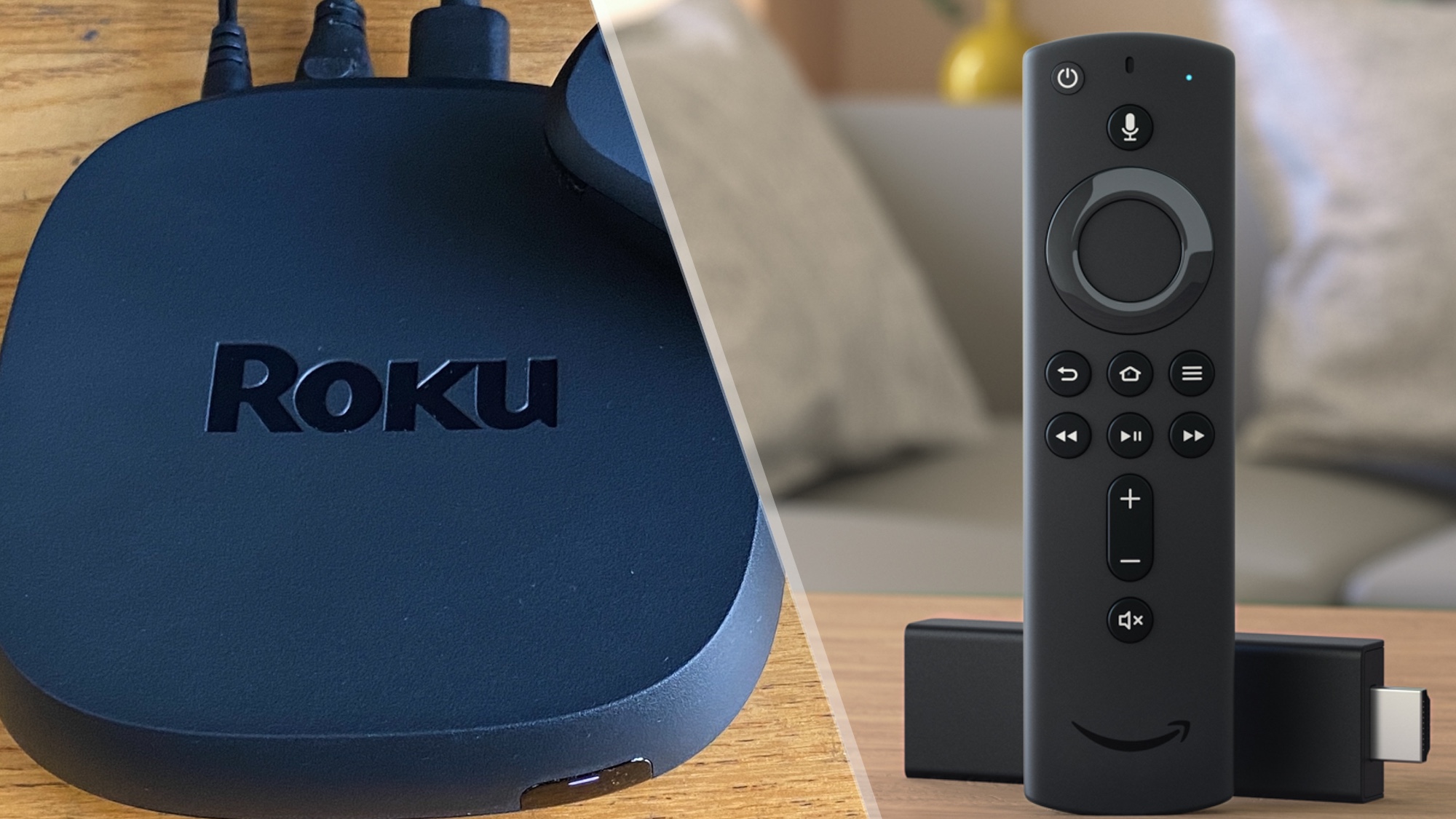 The Roku vs Fire TV debate is the question most people come to when it comes time to buy a new streaming device. But if you ask me? It’s the easiest decision you can make: the Roku family of products is just better.

But Amazon still holds a sizable portion of the market. Not only does it make some features available at lower prices, but it also has a penchant for lowering Fire TV Sticks to extremely low sale prices on Prime Day and other days that end in “y.”

And while it can really seem like Roku and Fire TV devices are similar, their differences make the world of difference to those of us who have tested both. Oh, and if you’re trying to pick the right Smart TV, check out our Roku vs Fire TV face-off for why Roku wins that battle too.

Here’s why I always pick Roku over Fire TV:

The Roku home screen is best for apps

When helping someone get any new tech, I think “which is easiest to use?”

That’s why I love Roku: its home screen is a simple grid of apps, where you see up to nine at a time, and a peek at the next row of three apps. You use the directional pad to navigate this grid, and everything is right there to see.

That’s not as great as on the Fire TV home screen, where the apps row only has 5 (more may appear above in the Recent content row), and you scroll to the right to find more. Amazon also has a screen just for apps, but it’s six tabs over from the home screen, and you need to scroll to the top of the screen to move there.

Why can you only see 5 apps at a time on Fire? Because the interface is bloated with suggested content, advertisements and big banners that display the currently selected content. Most of which is from Amazon itself, or its partners, such as IMDbTV. If you live the Prime life, that might be great, but Roku’s more neutral interface is much easier to handle.

The Fire TV interface even has ads in its rows of icons, while the Roku interface has some ads, but they’re on the side of the screen aren’t as annoying.

Amazon’s single row of icons is more annoying because it isn’t as customizable. You can merely move your favorite apps to the front of the row, while Roku lets you move each app icon where you want it to be in your grid.

Roku has the better 4K devices

Buying a new streaming device isn’t something anyone is eager to do — we’re already spending too much on streaming services as it is. So, we’re betting most people want a streaming device that’s as future proof as it can be, meaning one with 4K streaming.

And simply put, if you want a 4K streaming device, Roku has Amazon beat. That’s because the Roku Streaming Stick Plus (the best streaming device available) is much easier to use than the Fire TV Stick 4K.

The Roku Streaming Stick Plus doesn’t require you to plug in a power adapter, whereas Amazon’s does, as the Roku can draw enough power from the TV. And plugging on those extra cables can get tricky when your streaming stick is plugged into the back of your TV.

Also, and this is definitely just my opinion, man, but Roku’s remote feels better in my hand. Its buttons are also chunkier, and feel better to click.

Oh, and if you want 4K at a lower price? The $35 Roku Premiere is here for those on a budget. It’s only got two small asterisks: its small bar-shaped streaming device may be too light to lie flat on a surface without some finagling and its remote can require some extra effort – we noticed you may need to point it directly at the Premiere itself.

Roku also beats Amazon on the high-end as well. The Roku Ultra (which has the aforementioned Dolby Vision and Atmos Audio) is $20 cheaper than the Fire TV Cube. And while the Fire TV Cube is also an Alexa speaker that works with cable boxes, we prefer the Roku Ultra’s more organized design.

The Roku Ultra’s Ethernet port (which helps many have a steady 4K streaming connection) is built right in, whereas the Fire TV Cube requires a weird little dongle that sits behind it.

Roku has Amazon beat on apps, ever so slightly

This may change over time, but right now Fire TV Stick still lacks Peacock, one of the big streaming services to launch in 2020. Yes, Roku took a while to get HBO Max but December 2020 feels like ancient history.

But the Fire TV Stick is also missing the Vudu streaming app. Plus, if you want to play your own media, Roku has its own built-in media player, and the Fire TV doesn’t (it does have Plex, though).

That’s why Roku is best for most people

This all adds up to why I’ve bought my parents Roku devices over Fire TV streaming sticks, and why I always recommend that friends go the same way.

Amazon Fire TV devices may have a couple extra audio and video formats, but its home screen is messy, and its devices are slightly too complicated. And while each device will likely lack the next hot new streaming service, Roku’s got the more-complete set of apps at the moment.

Sure, you may disagree if you subscribe to Amazon Channels and are addicted to Prime Video. But for the rest of, Roku’s devices are just better.