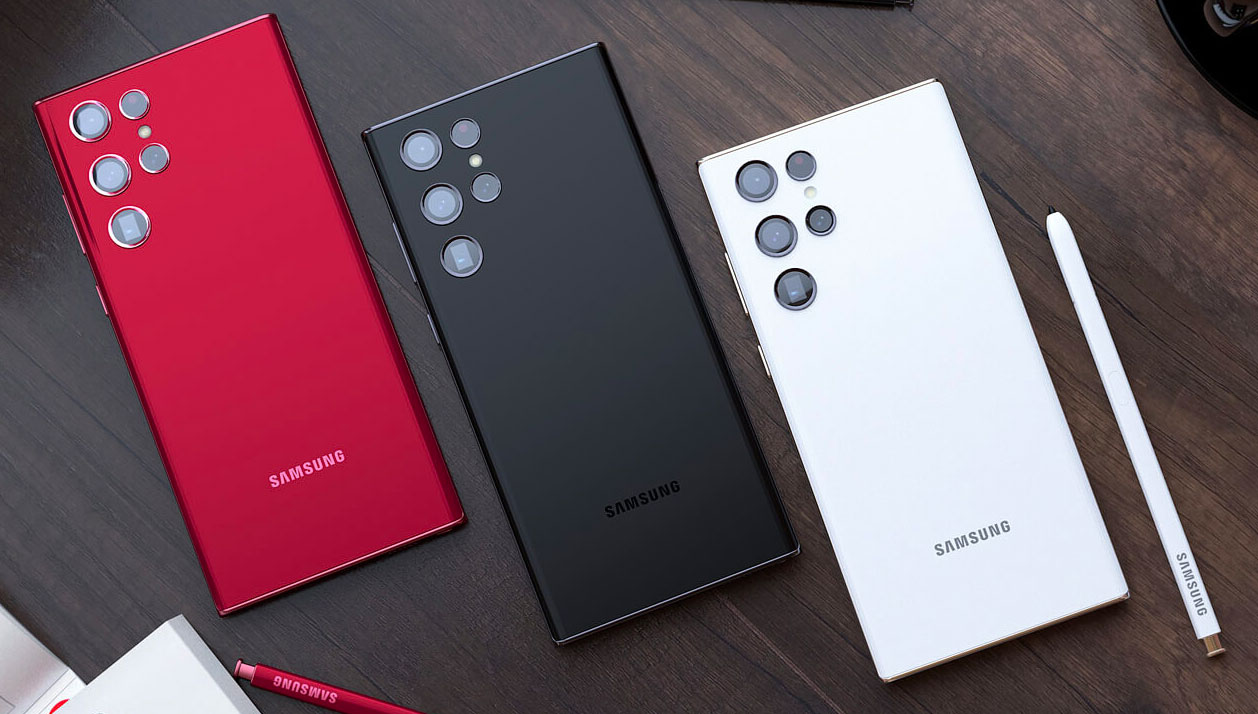 From all the leaks and rumors so far, it looks like the Samsung Galaxy S22 Ultra could be the biggest phone of early 2022, if not the entire year.

The Galaxy S22 Ultra is set to be revealed at what’s expected to be the first Galaxy Unpacked 2022 event of the year, and will likely head up the Samsung Galaxy S22 series. That is thought to comprise of a standard model and the Plus model as well as the Ultra, following the pattern set by the Galaxy S20 and Galaxy S21 ranges.

However, the Samsung Galaxy S22 Ultra will be the model to watch, as while the other two phones are looking like incremental upgrades over their predecessors, the Ultra is set to be the spiritual successor to the Galaxy Note line, which means a Galaxy Note-like design along with an integrated S Pen. And the Galaxy S22 Ultra is rumored to offer a number of other exclusive features.

With that in mind, here’s what we know so far about the Samsung Galaxy S22 Ultra and why it’s the phone to watch.

It’s looking very likely that the Samsung Galaxy S22 Ultra will be revealed on February 9 at the Samsung Unpacked 2022 event, with the rumors all pointing towards a February launch. This would track with the release date of previous flagship Galaxy S-series phones, discounting the Galaxy S21 line that launched in January 2021.

Pre-orders for the Galaxy S22 Ultra are probably likely to go live on the same day as the event, with the full release of the phone tipped for February 24. Samsung will start letting you reserve your place in the pre-order line for anything announced at the next Unpacked event — like, say, a new Galaxy S22 Ultra — starting on January 21.

We were hoping that the Galaxy S22 Ultra price would be in line with the $1,199 Galaxy S21 Ultra. However, the one recent rumor points to a possible price hike of $100 for all three Galaxy S22 models. So that would mean the S22 Ultra could costs a whopping $1,299.

That’s a lot, even for a flagship phone. And with competition tight, thanks to the likes of the Google Pixel 6 Pro coming in at $899, Samsung would really need to prove why its flagship is worth so much more. To be fair, the Galaxy S22 Plus might be more of a direct competitor to the Pixel 6 Pro, though we have a Galaxy S22 Ultra vs. Pixel 6 Pro comparison to help you see how the phones could measure up.

The Galaxy S22 Ultra looks likely to stand out from the rest of the Galaxy S22 series, with rumors suggesting it will drop the rounded shape of its predecessors in favor of a blockier and flatter Note-like design. Initially, that was based on leaked images of alleged dummy units and renders supposedly based on leaks. But now in teasing a February phone launch, Samsung’s TM Roh has all but confirmed that the Galaxy S22 Ultra is going to repurpose a lot of Galaxy Note features.

“You loved the unparalleled creativity and efficiency of the Galaxy Note series, which enabled you to switch from gaming nirvana to high-octane productivity in the blink of an eye,” Roh wrote in a blog post. “You raved about the lifelike S Pen, which many say rivals putting ink to paper. And we haven’t forgotten about these experiences you love.”

Like the Note, the side edges of the display are set to be curved but only gently, which should make the phone comfortable but not too slippery to hold. And in keeping with the Note DNA, the Galaxy S22 Ultra is set to have an S Pen holder, which will be a notable upgrade over the S21 Ultra; that phone had to use an optional case to hold its S Pen.

Another major change that seems very likely is that Samsung won’t use a protruding module for its rear camera array. Rather, the cameras will be integrated into its chassis in a P-shape. These appear to stick out a little from the back of the phone but don’t seem as prominent as a dedicated module.

The Galaxy S22 is expected to have a 6.81-inch AMOLED display, which is the same size as the Galaxy S21 Ultra. However, the panel could be a bit wider in order to better accommodate S Pen input.

A punch hole cut-out for the front-facing camera has been shown off in renders and leaked images, likely down to Samsung having yet to perfect the under-display camera for use in its non-folding Galaxy phones.

A 120Hz LTPO panel is also expected, following on from the one found in the S21 Ultra. It’s also expected to be adaptive, scaling all the way down to 1Hz when a high-refresh rate isn’t needed. There’s no word on whether it’ll use a LTPO 2.0 display like the one on the OnePlus 10 Pro, which offers a smoother overall experience.

One stand-out feature could be peak brightness, with the Galaxy S22 Ultra’s display tipped to hit a maximum of 1,750 nits. If true, this would beat every other phone on the market, including the iPhone 13 Pro Max.

Based on rumored specs alone, the Galaxy S22 Ultra’s cameras look like having the same megapixel counts as those on the Galaxy S21 Ultra. If that’s the case, it’ll have a 108MP main camera plus two 10MP telephoto cameras with 3x and 10 optical zoom, and an ultra-wide camera that’s likely to come in at 12MP.

But megapixels aside, these cameras are tipped to have improved sensors and capabilities, including an AI enhancement mode for the 108MP camera which could lead to more detail and brightness from its shots. The main camera is also rumored to have a Super Clear Lens; what that is hasn’t been made clear, but it could be a move by Samsung to reduce glare and reflections in photos.

The selfie camera is expected to come in at 40MP. Again, no step up in specs here, but we can be fairly confident that Samsung will have made some effort to improve the computational photography capabilities across the S22 Ultra’s entire camera suite.

This is where things get complicated; it’s looking likely that the Galaxy S22 Ultra will have two different chipsets.

In the U.S. and China, the Galaxy S22 Ultra has been tipped to use Qualcomm’s new Snapdragon 8 Gen 1. That chip has a new Kryo CPU that offers 20% faster performance than the Snapdragon 888 and which sucks up 30% less power. On the GPU side, Qualcomm says the Adreno processor will offer a 30% speed boost while being 25% more efficient than its predecessor. A solid upgrade all around, then, but not exactly needle shifting.

But in the U.K. and other regions the Galaxy S22 Ultra is expected to have the newly revealed Exynos 2200. Usually considered weaker than their Snapdragon counterparts in third-party testing, early Geekbench 5 results show the Exynos 2200 beat the Snapdragon 8 Gen 1 in multi-core results.

And the Exynos 2200 chip could buck the performance trend even further thanks to its new Xclipse 920 GPU. This graphics processor uses AMD’s RDNA 2 GPU architecture, which is the same tech that underpins the GPUs in the PS5 and Xbox Series X.

Now, we doubt you’ll be running the best Xbox Series X games or the best PS5 games on the Galaxy S22 Ultra with ray tracing enabled. But we can expect a notable boost in gaming performance, perhaps being able to run true console-quality games on the phone with a few tweaks in settings.

Reputable tech leaker Ice Universe posted alleged Wild Life results on Twitter showing the performance of one Exynos 2200 configuration. The graphics benchmark results yielded a score of 8,134 with an average of 50.3 frames per second; very impressive for an Android phone.

A leaker has published which regions will get phones with the Snapdragon 8 Gen 1 and which will get the Exynoss 2200-powered S22 Ultra. As expected, the Americas are in line to get Qualcomm’s chip while Europe is slated for the Exynos silicon. It’s a mix of chipsets in other regions, according to this source.

As for RAM and storage, the leaks thus far have the Galaxy S22 Ultra pegged to have 12GB and 16GB of RAM and 256GB and 512GB of storage. We’d not be surprised if the Galaxy S22 Ultra comes with a 1TB version as well for power users, especially as there’s been no mention of expandable storage.

Samsung’s Galaxy S22 Ultra is expected to keep the 5,000 mAh size of its predecessor. But one report has the phone set to get a smaller battery measuring in at 4,855 mAh. If this is the case, then we’d suspect Samsung will have worked hard on battery and performance efficiency in order to not see overall battery life compromised.

With Samsung rumored to have been testing 25W, 45W, and 65W charging — and with a more recent leak claiming outright that the Galaxy S22 Ultra will have 45W charging — it looks likely an upgrade is on the cards in this area. The Galaxy S21 made use of a 25W charger for its fast charging, but this is rather slow compared to others on our best Android phones list. So, a boost to 45W charging would seem like a logical upgrade.

Meanwhile, 25W wireless charging has been tipped for the Galaxy S22 range, which would be a decent boost over the 15 watts supported by the Galaxy S21 phones.

Without a doubt, the Samsung Galaxy S22 Ultra is the phone we at Tom’s Guide are most excited about right now. Not only do the rumors point towards an impressive specs sheet, but the addition of a new Exynos chip with literal game-changing graphics is tantalizing. For the two lower-tier models, here are the top 5 rumored Samsung S22 and S22 Plus upgrades we want to see.

And that’s before we consider that the phone will almost certainly be a successor to the Galaxy Note 20 Ultra in all but name. It could be the handset to show that Samsung is still the king of big flagship phones, despite having placed a lot of its focus on foldables recently.

As such, we’d be relatively confident that the Galaxy S22 Ultra will be one of the most exciting phones of 2022 and a likely contender for a spot on our best phones list.

Roland Moore-Colyer is U.K. Editor at Tom’s Guide with a focus on news, features and opinion articles. He often writes about gaming, phones, laptops and other bits of hardware; he’s also got an interest in cars. When not at his desk Roland can be found wandering around London, often with a look of curiosity on his face.