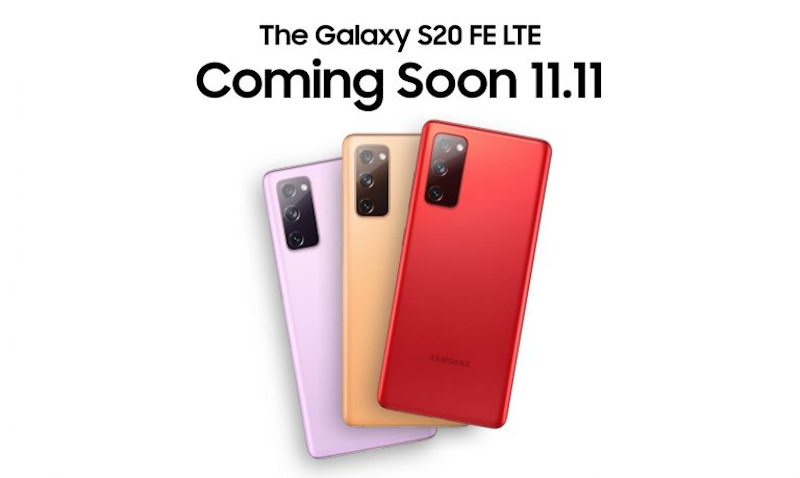 KUALA LUMPUR, Oct 30 — The Samsung Galaxy S20 Fan Edition (FE) is probably the best value for money flagship smartphone from Samsung’s current lineup. If the RM3,399 price tag for the 5G version is out of your budget, Samsung Malaysia is releasing a cheaper Galaxy S20 FE LTE option that costs RM700 less.

According to Samsung Malaysia, the Galaxy S20 FE LTE version is priced at RM2,699 and it will be available on 11.11. Unlike the 5G version that come in 6 colours, the LTE version will only be offered in 3 options — Cloud Lavender, Cloud Orange and Cloud Red.

Samsung Malaysia has confirmed that the S20 FE LTE runs on an Exynos 990 processor and it comes with 128GB of storage.

Samsung Malaysia has yet to release its full hardware specs but it’s running on an Exynos 990 instead of a Snapdragon 865 processor. While the 5G version gets a top-of-the-line 8GB RAM and 256GB of storage configuration, it is likely that the LTE version may come with lower specs. In the other markets, the Galaxy S20 Fan Editon is offered from as low as 6GB of LPDDR5 RAM and 128GB of storage.

The Galaxy S20 FE features a 6.5″ flat Super AMOLED display that pushes a Full HD+ resolution and a high 120Hz refresh rate. Depend on variants, it runs on either a Snapdragon 865 or a Exynos 990 processor with up to 8GB of RAM and up to 256GB of storage. If you need more storage, it also comes with microSD card expansion.

In the camera department, the device features a triple-camera setup that consists of a 12MP main camera, a 12MP ultra-wide-angle shooter and an 8MP telephoto camera that offers up to 30X Space zoom. For selfies, the screen has a tiny notch that houses a 32MP selfie camera.