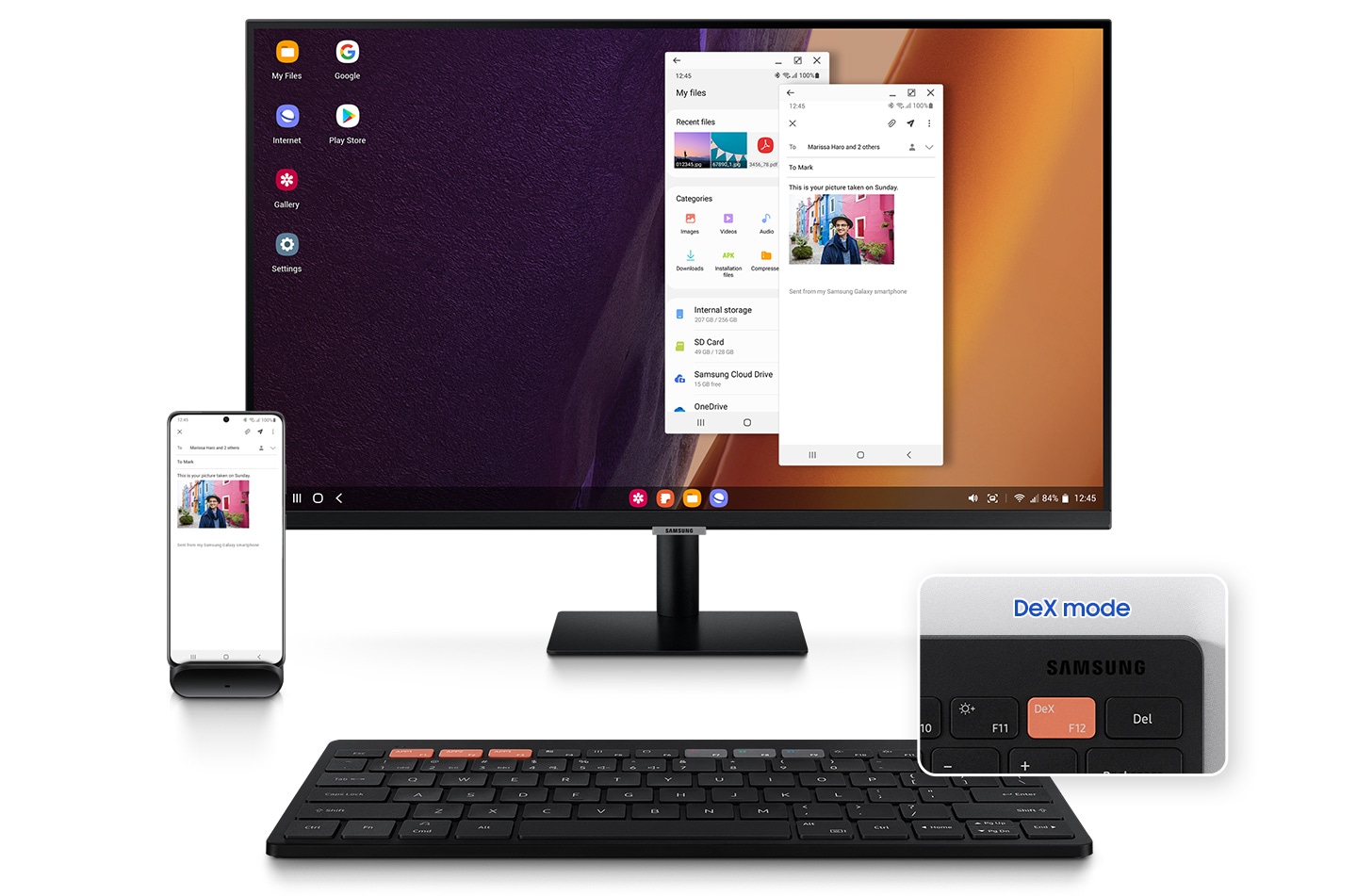 Samsung has let slip a new wireless keyboard accessory that can pair with up to three devices (such as your Galaxy phone, Galaxy tablet, and laptop) and switch between them seamlessly.

The Smart Keyboard Trio 500 was first sported by Max Jambor on Twitter. It features a DeX shortcut key to quickly activate the desktop mode on your Galaxy phone or tablet. DeX is Samsung’s attempt to unify the mobile and desktop experiences, similar to other drop-in systems we’ve seen fail over the years. When paired with a monitor, DeX is a desktop interface running off your phone or tablet. It’s a neat idea, though it’s failed to take off.

The true appeal of the Smart Keyboard Trio 500, besides its name, is the ability to switch between three devices seamlessly. Though we might struggle to think of a real use case for this, someone out there will love this feature. Switching devices is done by pressing the appropriate shortcut key in the function row.

The keyboard also features app keys for you to access your most commonly used apps. This does require One UI 3.1 on the March patch or newer, so bear that in mind.

The keyboard comes in either black or white and is powered by AAA batteries. That could be both good and bad, depending on how you look at it. On one hand, you won’t be able to easily recharge it, but on the other, you can just replace the batteries if they die while you’re out and about.

At time of writing, we don’t know about the price or availability of the Smart Keyboard Trio 500, though we expect Samsung will touch on it at the Unpacked event next week on April 28. We’re not expecting to hear about phones, though we think Samsung will highlight new laptops, Chromebooks and tablets.