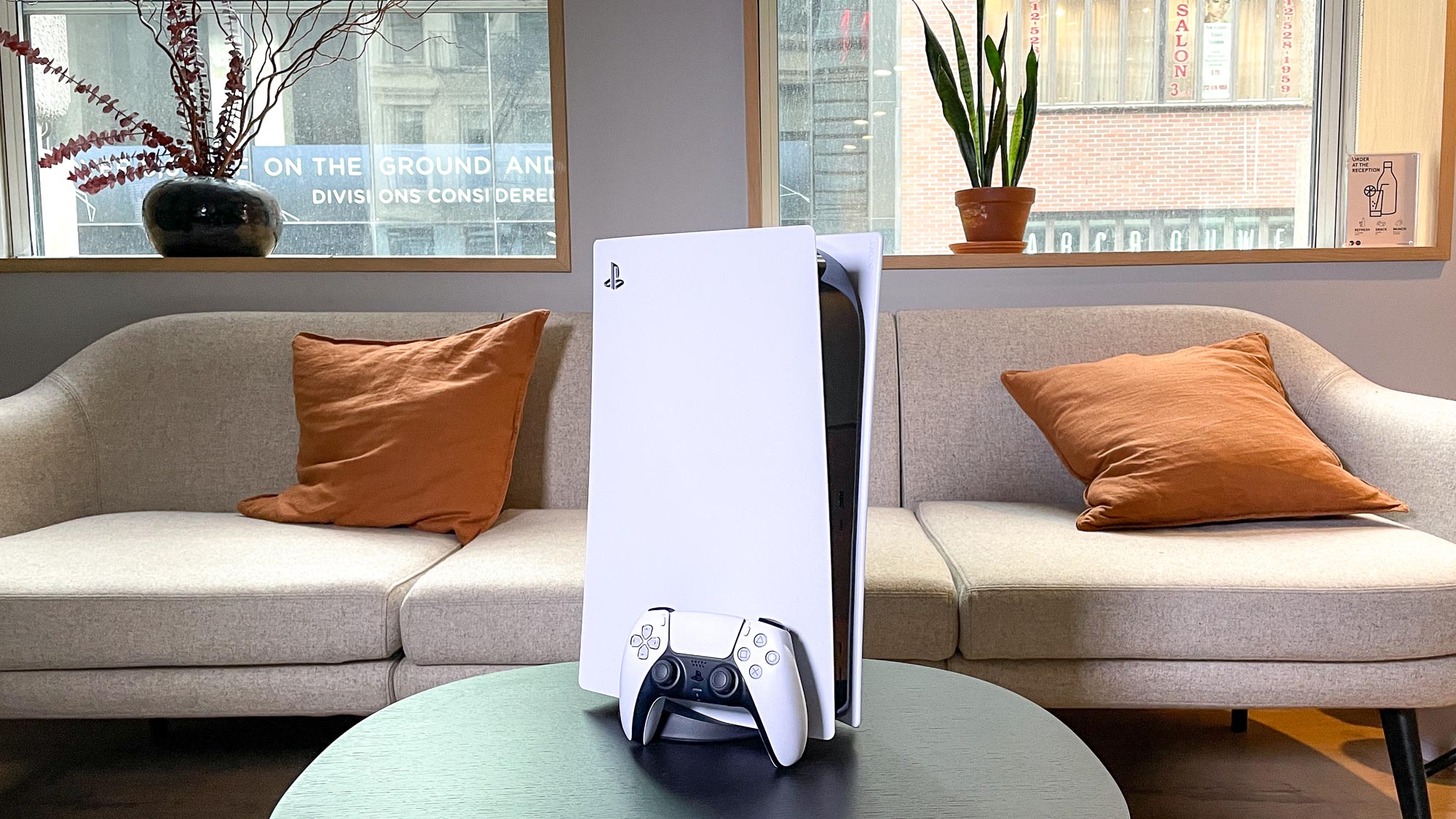 Sony’s PS5 has been out for more than eight months now, but ridiculously high demand and low supply means there’s still a desperate rush for a PS5 restock when it pops up.

But if you’re not a diehard PlayStation fan, you might be wondering if you should go to the effort of finding where to buy the PS5, which can be a daunting task when there are bots, scalpers and other feverish PlayStation fans to compete with. And this situation has divided some of us at Tom’s Guide.

It’s undeniable that the PS5 is a stellar games console, with haptic innovation courtesy of the DualSense controller, custom 3D audio, superfast loading times, and a design that’s… eye-catching to say the least.

But should you rush out and attempt to buy one or wait a little longer for stock levels to become steady? Well, editor Roland Moore-Colyer thinks you should hold fire, but staff writer Rory ‘Restock’ Mellon thinks it’s worth getting now. We’ll let you be the judge on who you think is right.

Why you should buy a PS5 now — if you can

I was fortunate enough to secure my PS5 in the first wave of pre-orders, and have since logged more hours playing than I would care to admit. My purchase has been more than justified over the last eight months.

There’s no denying that right now the console is reasonably soft when it comes to flagship exclusives. Demon’s Souls, Returnal and Ratchet & Clank: Rift-Apart are all quality titles, but once you blast through them that’s basically your lot until Deathloop in September. However, the PS5 is about so much more than just exclusives.

For starters, while the optimization program isn’t as fleshed out as on the Xbox Series X, plenty of PS4 games have been upgraded to play better on PS5. We’re talking about titles like Control, which struggled to run on last-gen hardware, and underappreciated games like A Plague Tale: Innocence getting a new lease of life on PS5. Not to mention several Sony first-party games including God of War and The Last of Us Part 2 have been given a glorious fps boost.

This holiday’s biggest titles might be cross-gen but they will play significantly better on PS5. Sure, you can play Battlefield 2042 on PS4, but with a limit of 64 players per match compared to the PS5’s 128 players.

The same is true of FIFA 22. The flagship feature of this year’s installment, hyper-motion technology, is only available with the next-gen version of the game. Don’t be surprised if the likes of Dying Light 2, Far Cry 6 and Back 4 Blood have next-gen only features or at the very least run significantly worse on last-gen consoles.

The PS5 is also a long-term investment. The demand for the console shows no sign of slowing down, so any sort of price drop in the near future is extremely unlikely. Plus, Sony has indicated several times that it will be a while yet before stock levels catch up with demand. If you’re planning on holding off until there’s ample supply, you might be waiting longer than expected.

Ultimately, right now the PS5 gives you access to a handful of quality exclusives with plenty more on the horizon. But most importantly it gives you the best possible experience when gaming on a console. If you’re content playing weaker versions of the latest games, then sure you don’t really need a PS5 and can stick with your PS4. However, I’ll be enjoying my PS5’s lightning-fast loading, superior DualSense controller and next-gen exclusive features through the rest of 2021.

There’s no denying that playing the PS5 restock game can be a painful experience, but the prize at the end is most definitely worth the hassle. — Rory Mellon

I’m very lucky to have a PS5 to run and test for my tech journalism work. But if I had to shell out some $500 of my hard-earned cash for the PS5, I’d probably wait until 2022.

As much as I enjoy using the PS5, I’ve increasingly found myself only turning it on to test things for work or check PS5 updates. Just a couple of days ago I turned the console on and was greeted by the familiar beep as it booted up, but once in the menu I realized I have nothing new or compelling to play.

Returnal isn’t my cup of tea; I need to be in a specific mood to play Demon’s Souls; and I’m not enamored by Spider-Man: Miles Morales. So I ended up loading an old save of Bloodborne and giving that a whirl, despite the fact that it hasn’t been optimized for the PS5 and frequently dips below 30 frames per second. This situation isn’t likely to change thanks to exclusive game delays, with the likes of God of War 2: Ragnarok being pushed back to 2022.

Granted, the hardware is great; everything loads super fast, the Pulse 3D Wireless Headset is excellent, and despite my initial reaction to the DualSense controller, I now rather like it. But I don’t think the PS5 is currently compelling enough to have me play the restock game and virtually fight tooth-and-nail to be in with a slim chance of splurging hundreds of dollars on a machine with some four exclusive games.

If you can’t shake the desire for new gaming tech, I’d suggest you go for the Xbox Series X first. It’s also trim on new exclusives, but a lot of the best Xbox One games have been optimized for the Xbox Series X, meaning it’s very much the ultimate Xbox for playing old and new games. Add in easy cross-play, Xbox Game Pass and Xbox Cloud Streaming with syncing between platforms, and going through the rigors of an Xbox Series X restock now looks a lot more worth it.  — Roland Moore-Colyer

What will you do?

Do you plan on hunting down a PS5 now or waiting a while longer? Have you been lucky enough to find Sony’s console in stock? And if so, what games are you playing?

Let us know the answers to these either in the comments below or tweet us @tomsguide. And also check out our round up of the best PS5 games so far.