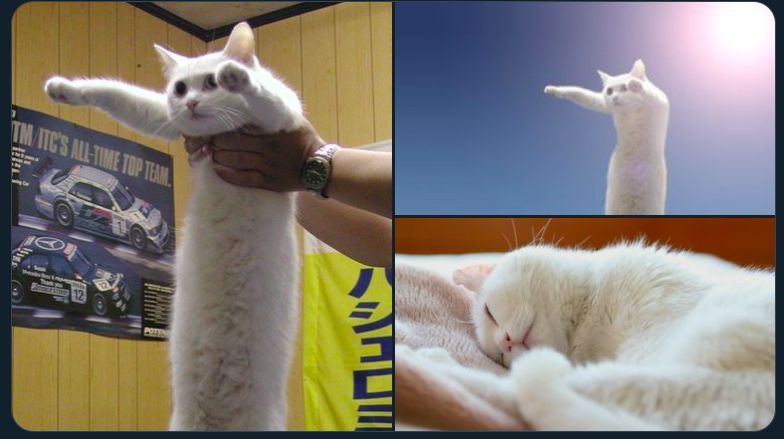 Feline meme star Longcat’s real-life counterpart has passed away after a long life, at age 18.

Hong Kong news portal Stand News reported that the cat, whose name was Nobiko, was taken to the hospital last Sunday, being in poor health.

It then passed away at around 2pm, local time.

The cat’s owner confirmed Nobiko’s passing, tweeting on her account @Miyabi_2222 that Nobiko had “crossed the rainbow bridge” after suffering from sudden respiratory failure.

In subsequent tweets, she said Nobiko was about 18-and-a-half years old, being born in March 2002.

According to meme tracking site Know Your Meme, Nobiko started becoming popular as a meme in 2006, being referred to as Longcat and Photoshopped to appear as tall as skyscrapers.

Some memes place the lengthy feline at around 900m, though CNET reports Nobiko was around 65cm in real life.

a very important part of cat meme history for millennials is gone it really sucks pic.twitter.com/bm2x4PZUf1

Google search history showed that the phrase “long cat” started becoming popular in 2004, preceding the meme, and lost popularity past 2012.