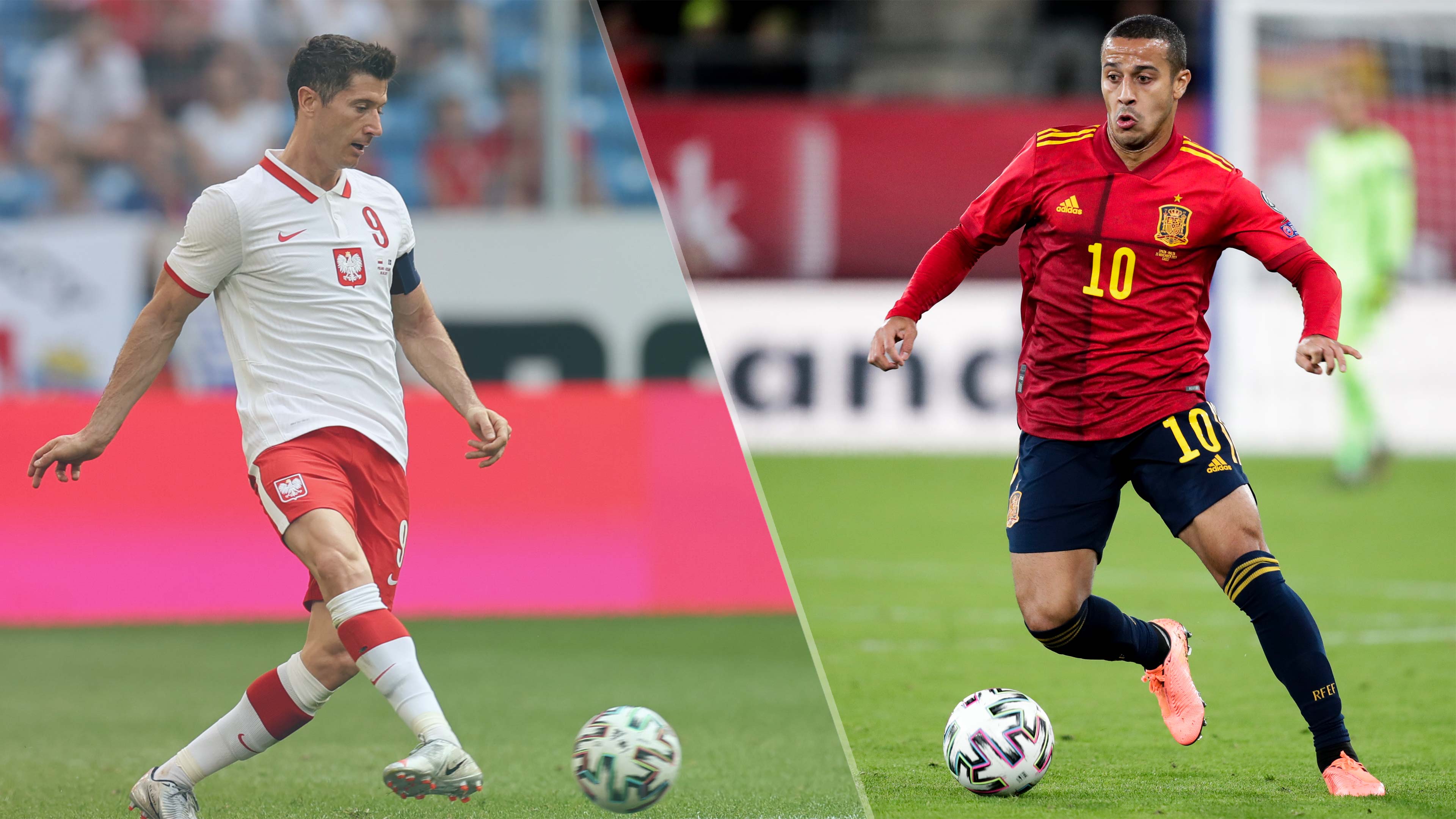 The Spain vs Poland live stream closes out today’s Euro 2020 matches with two teams looking to turn their fortunes around.

Spain sit in the middle of Group E after a frustrating game against Sweden, which ended 0-0 despite the Spaniards holding 85% of possession. Poland, meanwhile, have been licking their wounds after a shock defeat against Slovakia. For both teams dropping points here too will seriously hurt their chances of progression.

With Sevilla playing host, Spain can count on a home crowd advantage for the second time this tournament, though Poland shouldn’t be underestimated. Even with forward Arkadiusz Milik out of the tournament through injury, the Poles will have Robert Lewandowski — arguably the world’s best striker since 2020 — as a constant goal threat.

Spain also have a prolific goalscorer in Gerard Moreno, who appears here in place of the dropped Ferran Torres. Here are the full teams:

Spain vs Poland kicks off today (Saturday, June 19) at 8 p.m. BST (3 p.m. ET / 12 p.m PT). As our guide below explains, you can watch the full Spain vs Poland live stream for free, wherever you are in the world.

Be sure to check out our main How to watch Euro 2020 page too, for the full fixture list, groups, TV schedule and more.

How to watch the Spain vs Poland live stream for free

Every game in Euro 2020 is available on free-to-air television in the U.K., which handy even if you live elsewhere — it means you can you can still watch for free, wherever you are. With one of the best VPN services, you can tune in to free U.K. coverage from across the globe.

With the Spain vs Poland live stream, for instance, you can watch it for free on BBC One and BBC iPlayer online — though you do need to have a valid TV licence.

A VPN, or virtual private network, makes it look as if you’re surfing the web from your home country, rather than the one you’re currently in. That means you can access the streaming services you already pay for, even when you’re not at home.

We’ve tested lots of the best VPN services and our favorite right now is ExpressVPN. It’s fast, works on loads of devices and even offers a 30-day money-back guarantee.

U.S., soccer fans can watch the Spain vs Poland live stream on ABC, so if you already get that channel as part of a cable package, you’ll also be able to stream it through the ABC website. Either way, the match starts at 3 p.m. ET / 12 p.m. PT.

Cord cutters do have other options though, including Sling TV. ABC’s games are shown on ESPN3 and The Sling Orange package, which costs $35 per month, comes with more than 30 channels including ESPN. Plus, Sling is also offering a 30-day trial for the bargain price of $10 at the moment.

Another possibility is Fubo.TV; it’s more expensive, at $65 per month, but you get 117+ channels here, including ESPN.

If you’re usually based in the U.K. but you happen to be in the U.S. right now, you can watch the Spain vs Poland live stream for free on BBC iPlayer by using a VPN such as ExpressVPN. Just remember that you need to have a valid TV licence.

Sling TV offers two packages, both priced at $35/month. The Sling Orange plan comes with 30-plus channels and includes ESPN. Sling is currently offering $25 dollars off the first month.View Deal

If you love sports, check out Fubo.TV. It’s got a 7-day free trial so you don’t need to pay up front and has dozens of sports channels, with ESPN among them. View Deal

The BBC and ITV are sharing the U.K. rights to Euro 2020’s 51 games and the Spain vs Poland live stream will be available to watch for free on BBC One or BBC iPlayer. The game itself begins at 8 p.m. BST, but tune in at 7:30 p.m. if you want to catch all the pre-game commentary and analysis.

If that sounds enticing but you’re not currently in the U.K., you can follow every Euro 2020 game by using one of the best VPN services, such as ExpressVPN — so long as you have a valid U.K. TV licence.

How to watch the Spain vs Poland live stream in Canada

Canadians who aren’t in the country at the moment but who subscribe to TSN or TVA can still watch a Spain vs Poland live stream on their usual services by using one of the best VPNs.

How to watch the Spain vs Poland live stream in Australia

Optus Sport is the place to go for Euro 2020 games in Australia, which means Aussies can watch the Spain vs Poland live stream via its mobile or tablet apps, as well as on Apple TV and Chromecast.

Don’t forget that if you’re not currently in Australia, you can use a VPN to watch all the action on your Optus account, as if you were back home.

Want more on Euro 2020? Check out our full How to watch Euro 2020 hub, for fixtures, TV listings, group guides and more.