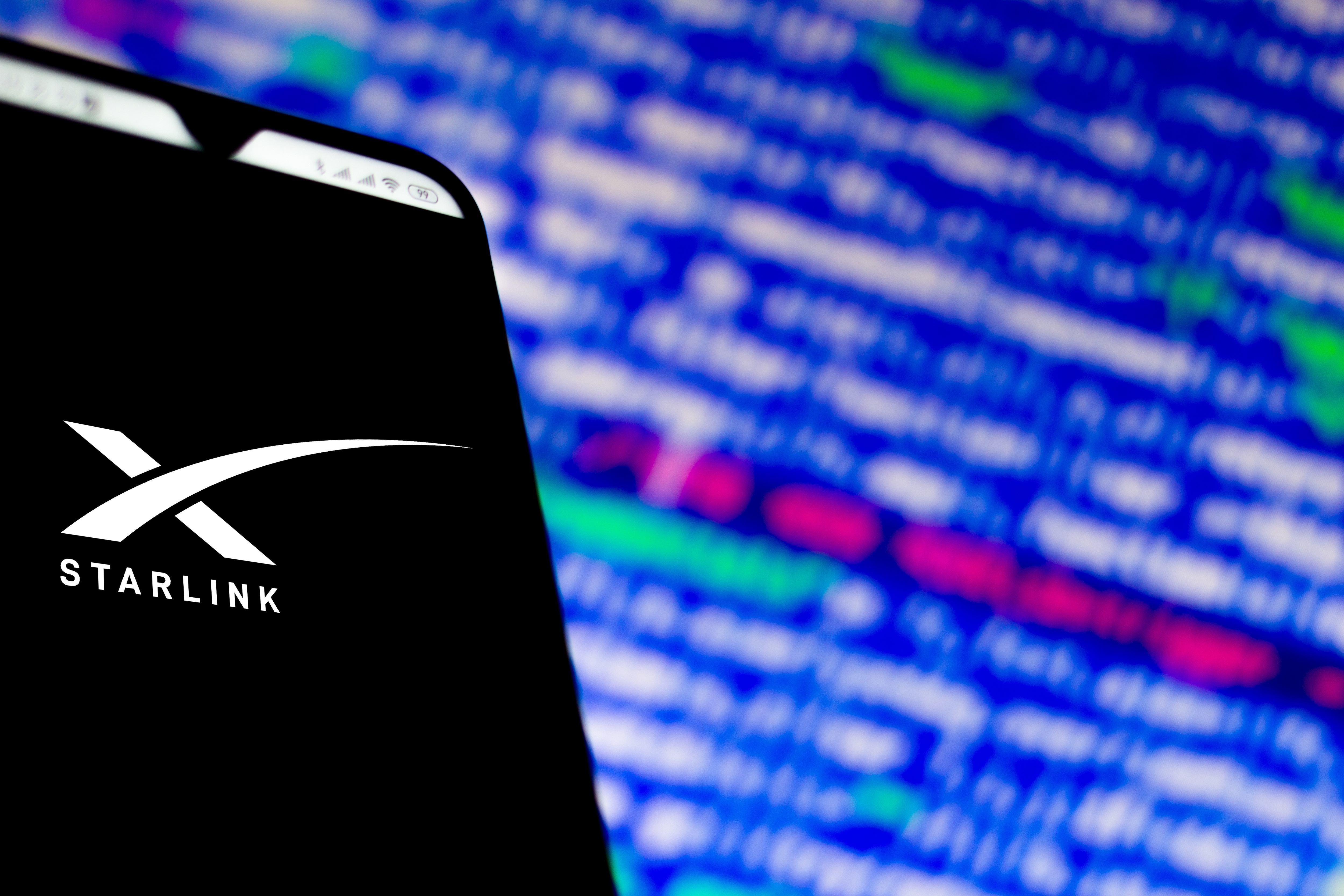 While it’s still in its early stages, Starlink could very well change the internet for billions of people around the world. In our Starlink review, we were impressed by the new satellite internet service being rolled out by tech billionaire and Tesla founder Elon Musk, but because the service is in beta, there’s lots of questions people have.

SpaceX has launched over 1,500 Starlink satellites to date. Its most recent mission went off successfully and should continue to help cover the northern U.S., Canada and the U.K. NASA and SpaceX have also come to an information-sharing agreement to avoid orbital collisions. SpaceX is also nearing an agreement with the FCC to have it’s satellites orbit at an even lower range, which should only improve signal and connectivity.

Pre-orders are underway for this new satellite internet service, which promises to deliver broadband speeds up to 300 Mbps to anyone in the world regardless of where they might be. At the moment, pre-orders have exceeded the 500,000 mark. Whether it be a rural farm in Iowa or a remote village in Canada, customers are reporting greatly improved internet speeds, already changing their ability to stream and go to school online.

As the service is still in beta, speed tests have been all over. But users in rural Montana and Canada have reported speeds of over 200 Mbps.

On the heels of Starlink’s preorders, Elon Musk was able to bring SpaceX’s stock valuation to $74 billion, up 60% from August 2020. It shows the investor confidence in Musk’s satellite megaconstellation. SpaceX is continuing to launch more satellites — albeit with a few delays — and service is already reaching the Northern U.S., Canada and parts of Europe. We now have an even better indication of how rollout is going, thanks to a new coverage map.

But what is Starlink? Below you’ll find a rundown of this project that aims to get everyone in the world connected to high speed internet.

Beta testing and preorders have already begun for Starlink and Elon Musk is hoping to exit beta sometime this summer. Unfortunately, beta kits are limited to people based on geolocality and on a first-come-first-serve basis. This is likely so that engineers at Starlink can test not only users in big cities, but in more rural areas around the U.S. and the world.

Based on a filing with the Federal Communications Commission (FCC), Starlink confirmed it had more than 10,000 customers as part of its Better Than Nothing beta test. SpaceX, Elon Musk’s commercial rocket company, will be the vehicle that gets Starlink satellites into low-Earth orbit (LEO). SpaceX has already been awarded an $856 million grant from the US government to help bring broadband access to rural America.

Given the size of the U.S., it seldom makes financial sense for internet companies to lay cable or fiber lines. Because Starlink is wireless, it offers a solution to this conundrum. As of publishing, 24% of rural Americans say that access to broadband remains a major issue.

Already, SpaceX has launched more than 1,000 Starlink satellites — reaching 1,443 satellites after a April 7 launch. While this is a massive achievement, for this satellite internet constellation to be fully operational, it will require a total of 12,000 satellites. At the moment, Starlink is manufacturing 120 satellites per month.

Apart from preorders and beta tests, according to another FCC filing, Starlink states “at its current launch cadence, SpaceX anticipates that before the end of 2020 it will begin offering commercial service in the northern United States and southern Canada, and then will rapidly expand to near global coverage of the populated world in 2021.”

Even then, it might take until 2030 before all of Starlink’s 12,000 satellites are fully in orbit. And that’s not even the whole picture. Eventually, SpaceX has plans to bring that total up to 42,000. Although, that will take a few decades to accomplish.

As long as things go according to plan, Starlink should be operational sometime this year. Although, according to the Starlink preorder website, coverage won’t be available until mid-to-late 2021 for some addresses.

As for availability, Starlink is prioritizing “high latitudes,” meaning areas on the northern part of Earth, like Canada and the upper parts of the United States. Ultimately, the goal will be to get Starlink connected to all parts of the globe. In a tweet, Musk clarified that Starlink would hit cities like Seattle first, and “get progressively closer to the equator.”

Thanks to a report from PCMag, the publication partnered with speed test platform Ookla to see exactly where Starlink is being most utilized.

Because Starlink is satellite internet, coverage can vary by the second. With only a little more than a thousand satellites in orbit, some parts of the world will have better coverage depending on when the internet constellation is passing through. There are a few coverage maps available online that show where satellites orbit, and as of this posting, there seems to be arrays of satellites around the North-Western United States, as well as clusters near New Zealand and Australia.

In the U.S., interestingly, there are customers in major cities that are willing to give Starlink a go. It’s peculiar given that these customers also have access to traditional ISPs, ones that can offer greater internet speed. Maybe these users are big Elon Musk fans, or maybe they really dislike the major internet providers.

At the moment, the median download speed can range from 40.36 Mbps (Columbia County, Oregon) to 93.09 Mbps (Shasta County, California).

According to Ookla, when compared to cable or fiber internet, Starlink does lag in the ping department. Starlink latency is 486% higher in the U.S. and 369% higher in Canada. That translates to pings between 31ms to 88ms.

That’s not to say these pings are bad. Often, even on wired internet, pings can range wildly from 8ms all the way  to over 40 on average. But Starlink, at the moment, has not been able to achieve those low single-digit pings.

Starlink preorders currently cost $99 a month. But the service will require an up-front hardware fee of $499. That includes the small satellite dish that can be set up at a home or business, as well as a router and power supply. There’s also a shipping and handling fee of $50.

For anyone wanting to preorder, all it requires is a refundable $99 deposit. Order fulfillment can take up to six months or more.

Starlink president Gwynne Shotwell did confirm during a panel discussion that SpaceX had no plans on introducing tiered pricing at the moment.

“I don’t think we’re going to do tiered pricing to consumers. We’re going to try to keep it as simple as possible and transparent as possible, so right now there are no plans to tier for consumers,” Shotwell said.

What Starlink users are saying

The response to Starlink’s internet service has been overwhelmingly positive from the few customers receiving service. Head on over to the Starlink subreddit, and you’ll find users posting images of their new satellites, with accompanying speed tests. In Missouri, users are reporting download speeds of 150 Mbps. Another user in Idaho uploaded 72 hours worth of test results, and found speeds to be an average of 71 Mbps.

A user in the U.K. saw a massive leap in internet speed after installing Starlink. Aaron Wilkes from Kent, went from 1 Mbps to 175 Mbps. While Wilkes is paying more for Starlink, he feels the price is worth it.

“The ability to be able to download content so quickly compared to our standard BT line is amazing,” said Wilkes in an interview with the PA news agency.

Mega popular YouTube channel Linus Tech Tips was also able to procure a Starlink satellite system. They were able to stream four 4K videos at once and successfully played through a game of Counter-Strike: Global Offensive with little issue.

And director Jesse Senko, who lives in a rural Ontario, Canada, detailed how Starlink massively upgraded his workflow in the video below.

Unlike other satellite internet providers, Starlink’s LEO satellites promise to offer low-latency broadband speeds regardless of where you are. While Starlink was first boasting speeds of 1 Gbps, it’s since upped that target to 10 Gbps. To put that into context, users would be able to download a 4K movie in less than 30 seconds. Starlink would be a major boon for people living in rural parts of the world.

Latency on Starlink is surprisingly low considering its satellite internet. Early beta tests show that Starlink averages 34 milliseconds. While that may not be as fast as fiber, which can get as low as 17 ms, any latency under 40 ms is solid for most applications. Certain types of online games, most notably shooters and fighting games, benefit most from low latency. But sports games or MOBAs will work well on Starlink.

Because of this, it’s no surprise that OneWeb (half-owned by the UK government), Amazon’s Project Kuiper, Boeing, Telesat, and the Russian and Chinese governments are all planning satellite internet constellations.

Still, getting a project of this magnitude literally off the ground and into profitability is a monumental task. While the Russian and Chinese governments can bear the brunt of the cost, companies like Starlink and Amazon take on significant risk. Past satellite internet constellations have gone bankrupt.

There’s also a lot of interest in when a Starlink IPO would go live. In a tweet, Musk replied that an IPO is planned, but it would come after SpaceX has a more predictable cashflow. For Musk and Starlink, the goal right now is not to go bankrupt.

Starlink in your Tesla?

It seems that SpaceX has made a request with the Federal Communications Commission to bring Starlink satellite internet service to jets and ships. In a letter to the FCC by SpaceX director of satellite policy, as acquired by CNBC, David Goldman states, “This application would serve the public interest by authorizing a new class of ground-based components for SpaceX’s satellite system that will expand the range of broadband capabilities available to moving vehicles throughout the United States and to moving vessels and aircraft worldwide.”

The company would handle vehicle installation through “qualified installers” and cited the need for quality internet “while on the move.”

There is the issue of internet access varying between countries. Some countries, like China, have a strictly controlled internet infrastructure. Sites that might be okay to view in the U.S. likely would not be in China. But this is satellite internet, meaning it can be accessed from anywhere. It seems that Starlink will default to the rules of the country you’re in, “whichever is more constraining.”

This is all academic right now, though. Because of the size of the Starlink satellite terminal, at the moment it will not be possible on cars. Elon Musk stated so in a tweet.

YouTuber MarzBarVlogs was able to get Starlink working in his moving Land Rover Defender, albeit very slowly.

Given that broadband companies lack rivals in many cases, Starlink and other satellite internet constellations are a welcome injection of competition. More important, the service enables regions to get connected at broadband speeds where there were no options previously.

For example, the Hoh Tribe, a Native American tribe located in Western Washington state along the Pacific coast, said Starlink was like being “catapulted into the 21st century.” Per the Newsweek article, the Hoh Tribe tweeted that faster internet speeds helped with remote learning and access to healthcare.

Starlink’s wireless nature allows it to enter any part of the world, subverting the need for cables. By doing so, rural areas that remain neglected can now be connected at broadband speeds. The cost of $99 is still too high for many parts of the globe, but given that Starlink will see competition from other companies, prices will likely drop over time.