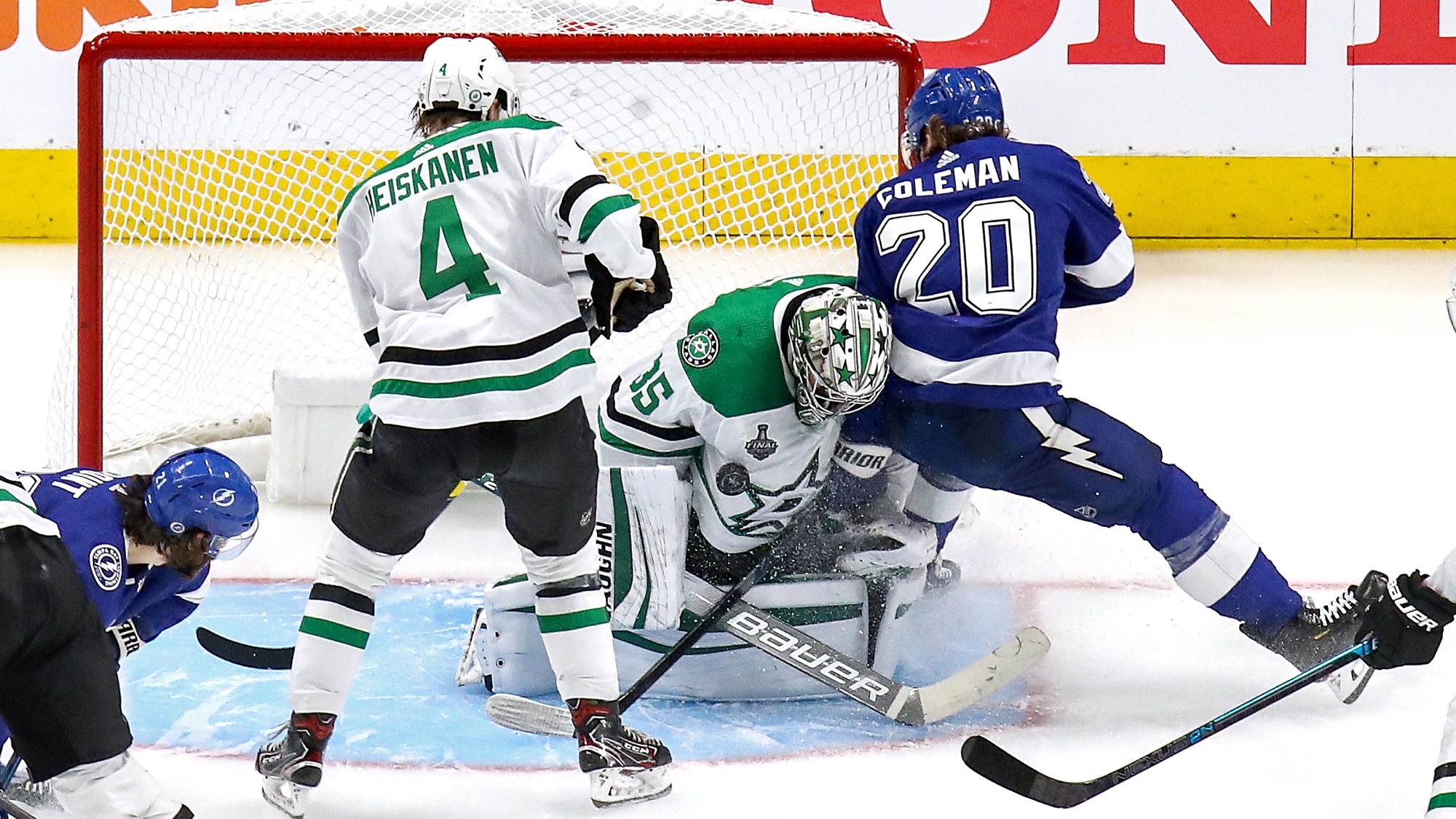 Ready for another Stars vs Lightning live stream? It’s almost time for game 2 of the Stanley Cup Finals. Dallas won the first match-up, so it’s up to Tampa Bay to tie things up or risk falling into an 0-2 hole.

The Stars came in more well-rested, with four days off after winning the Western Conference finals. Meanwhile, the Lightning had only one day and appeared sluggish at the start of game 1. Tampa Bay fans are hoping for the return of team captain Steven Stamkos, who’s been out for the entire playoffs. But he’s stayed in the bubble and has started skating in practice again.

The Lightning could really use Stamkos on power plays — they went 0-3 on power play goals in game 1. That was also due to a fantastic performance by Stars goaltender Anton Khudobin, who stopped 35 of 36 shots, including 22 in the third period. That’s the most by a goalie in any period of a Stanley Cup Final game since the NHL expanded in 1968.

Dallas will be hard to beat if Khudobin keeps warding off the Lightning and if rookie Joel Kiviranta continues proving himself by putting shots into the net. But Tampa Bay isn’t going away quietly — they have yet to lose consecutive games in the 2020 playoffs.

We’ve got everything you need for Stanley Cup live streams of game 2 of the finals:

How to avoid Stars vs Lightning blackouts with a VPN

If you’ve had to leave your own “bubble” — or you’ve been hit by a dreaded local blackout — and you can’t watch Stanley Cup live streams on cable, you’re not out of luck. With a virtual private network, or VPN, you can appear to be surfing the web from your home town (or somewhere that blackouts won’t hit), and access the same streaming services you already paid for.

Stars vs Lightning live streams in the US

In the U.S., viewers can watch the Stanley Cup live stream of Stars vs Lightning game tonight (Monday, September 21) at 8 p.m. ET on NBC Sports Network, website or app.

If you’ve already cut the cord and don’t have a cable package with NBCSN, you’ll be able to get this game on the live TV services Sling TV or FuboTV.

Both are two of the picks on our best streaming services list and come with NBC Sports, as well as other top sports, news and entertainment channels.

Sling TV: You can get NBC Sports in the Sling Blue package, which costs $30 per month and offers more than 50 channels. That includes local NBC and Fox networks (in select regions), AMC, Bravo, CNN, FX, HGTV, Syfy, TNT and USA.View Deal

Fubo.TV: If you love sports, you probably want to check out Fubo.TV. It’s got a 7-day free trial so you don’t need to pay up front. The 118 channels includes NBC Sports, ESPN the NFL Network and more niche sports offerings. Plus, you get local networks and many top entertainment channels.View Deal

NHL.tv: The league’s streaming service has all of the 2020 Stanley Cup Finals games and is heavily discounted right now — just $9.99. And the NHL.tv app is available on most major streaming devices, including Android and iOS mobile, Apple TV, Roku, Chromecast, Amazon Fire, Xbox and Playstation.

Stars vs Lightning live streams in the UK

Hockey lovers in Canada (which is basically everyone in the country) can tune into the 2020 Stanley Cup Finals live on CBC.

Down under, the Stanley Cup Finals are airing on ESPN2 as part of a Foxtel package at 10 a.m. AEST.

If they’ve cut the cord, they can sign up for the Kayo Sports Basic Package which costs $25 per month and includes ESPN.