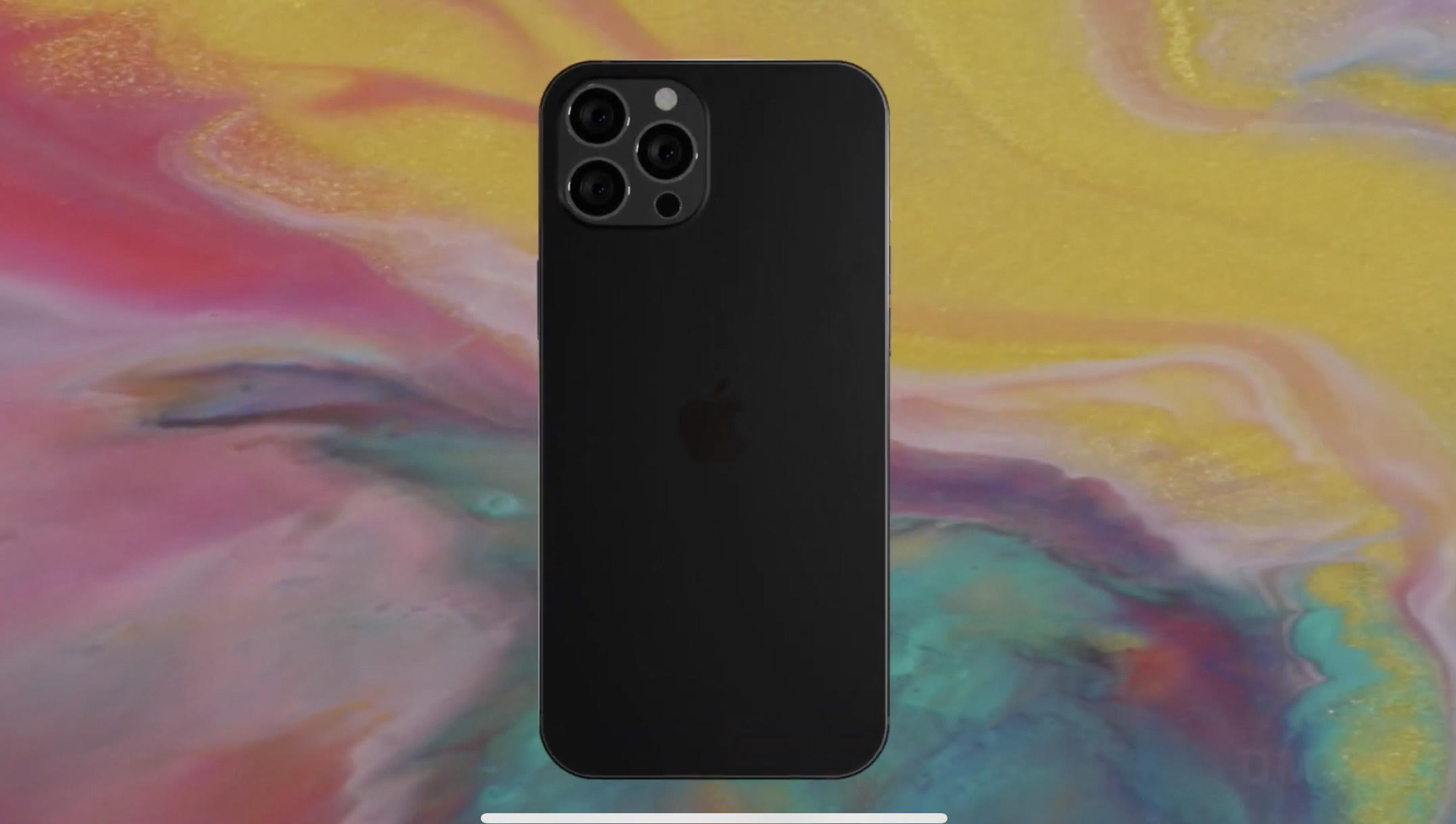 The iPhone 12 Pro is almost here, but there’s still some time to go before we get our hands on one. In the meantime, we have this awesome concept video to watch and rewatch instead.

This self-styled “Most Accurate Concept Video” of the iPhone 12 Pro was made by designer DMJ4D, and collects together all the rumors we’ve heard so far about the iPhone into one stylish sizzle reel.

The design is very familiar to anyone who’s used one of Apple’s flagship iPhones over the past three years, but there’s a big change on the sides. The curved edges have been ditched in favor of flat surfaces. It’s a call-back to older iPhone designs like the iPhone 4, and this video makes it look like a great choice on Apple’s part.

The Face ID notch is still where it’s always been though, allowing easy and secure unlocking via facial recognition, but taking a noticeable bite out of the display. It contains a 12MP selfie camera with an f/2.2 aperture, the same one in the current iPhone 11 Pro and iPhone 11 Pro Max.

The rear camera array looks almost identical to the iPhone 11 Pro, down to the triangular arrangement of the three cameras: a 120-degree ultrawide, an f/1.8 main/wide camera, and an f/2.0 telephoto. What’s new however is the LiDAR sensor beneath the ultrawide camera on the right. This long-rumored feature, initially seen on the iPad Pro earlier this year, will help the iPhone judge distance more effectively, improving portrait mode photography and AR effects.

Four colors get shown during the clip. These are the three usual suspects – black, white and Product Red, along with a new “Midnight Blue” navy blue option, likely to be the flagship color in the same way that Midnight Green was for the iPhone 11 Pro.

Towards the end of the video, we get a lot of features mentioned in quick succession. Among these is the iPhone 12’s new 5G-ready chipset, the A14 Bionic, and an IP68 dust/water resistance rating, the same rating as the iPhone 11 Pro and many other rival flagship phones.

Also briefly flashed on-screen is the “forth-generation (sic) Neural Engine. This is Apple’s machine learning tech that helps iOS adapt to its users’ habits, and was first introduced on the A11 chipset in the iPhone 8 and iPhone X, making the A14’s engine the fourth edition.

Some of the features mentioned in the trailer aren’t based on rumors however. For example the “2x faster Face ID” or the 1,600 nit max brightness, which is double the current maximum brightness that the iPhone 11 Pro can manage. Both of these would be very welcome additions, but we’re not expecting them.

The claim of four hours longer battery life is something you may hope that Apple reveals, but this year it might be quiet about its phones’ longevity. Due to new handset sizes and new components within them, Apple has been rumored to be using smaller batteries than it currently has in its flagship iPhones. A smaller capacity could be offset by more efficient hardware.

As a “one more thing” the video teases an iPhone Flip at the end. Apple’s known to be working on a foldable, as evidenced by its many patents. But the company’s trademark sluggishness when it comes to embracing new hardware likely means it’ll be several years before we see such a phone approach production.

With Apple’s September “Time Flies” event taking place last week with no mention of iPhones, we’re now waiting until October for the next big event to finally show off the iPhone 12 lineup. And there will be a lot to show too.

As well as all the features shown in this video, Apple’s offering its largest number of handsets for a single phone yet, made up of four phones and ranging between 5.4 inches and 6.7 inches in display size.