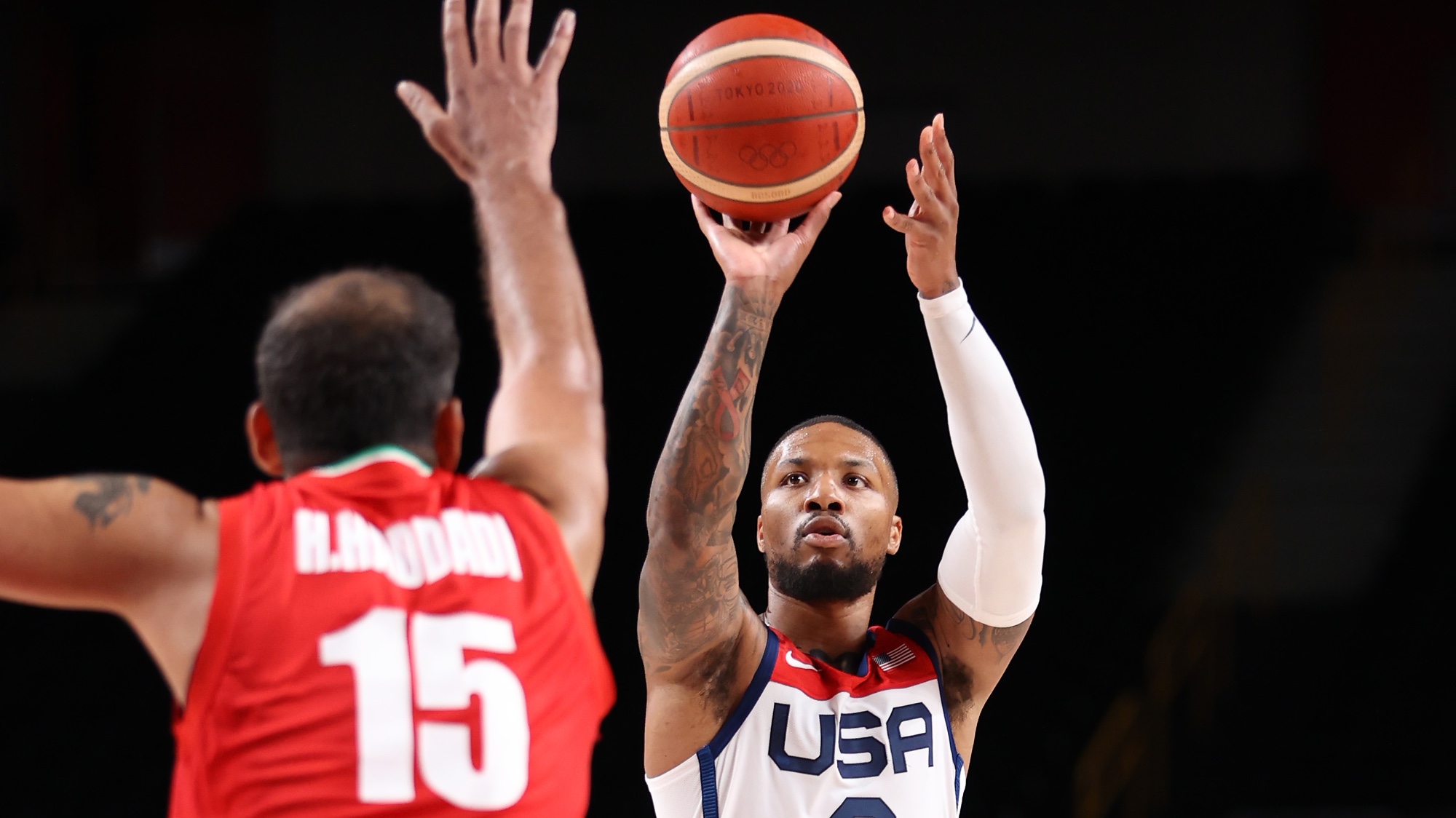 When: Team USA vs. Czech Republic is starting at 8 a.m. ET today (Saturday, July 31) with a rebroadcast at 4 p.m. ET.
• U.S. — Watch live on Peacock and NBCOlympics.com, or on tape-delay on NBC via Sling or Fubo.TV
• U.K. — Watch on Discovery Plus
• Watch anywhere — Try ExpressVPN 100% risk free

It’s time to watch the Team USA vs Czech Republic live stream, as the NBA’s best look to stay in top form and look like the world-beaters they’re expected to be. Is their loss against France fully in the rear view mirror? Let’s find out.

While warmup games showed a disjointed team that wasn’t gelling, the 120-66 victory over Iran showed otherwise, with Damian Lillard posting 21 points, Devin Booker contributing 16 and Jayson Tatum putting up 15. Will that continue in this Team USA basketball live stream from the Tokyo Olympics?

The big dilemma for those at home is whether we want to watch this game live (which is more likely for those on the west coast) or wait for the rebroadcast on Saturday afternoon. That’s because — surprise surprise — time zones mean that games played in Tokyo may not be convenient for those in other countries.

Oh, and you’re also going to need to pay for Peacock if you want to watch live.

The Olympics is a global event and can be viewed in almost every country on Earth. However, if you’re not in your home country and can’t watch the Team USA vs Czech Republic live streams with your usual services — or you want to watch in your native language — you’re not out of luck.

We think speed, security and simplicity make ExpressVPN second to none. During our tests, we saw fast connection times, and we’re impressed by the service’s ability to access more than 3,000 services spread out across 160 locations in 94 countries. Plus, a 30-day money-back guarantee should assuage concerns.View Deal

Unless you have a cable account and can watch on NBCOlympics.com, you’ll need NBC’s streaming service Peacock to see the Team USA vs Czech Republic live streams at 8 a.m. ET / 5 a.m. PT.

For the tape-delayed streams at 4 p.m. ET, you’ll want NBC, which is included in the $35 per month Sling TV Blue package. The Sports Extra package ($11 per month extra) gets you the Olympic channel. Sling is one of the best streaming services alongside our other recommendation for Olympics viewing: Fubo TV, which has 100-plus channels (many more than Sling), including all of the above networks.

A must for live Team USA men’s games

Sling TV: You can get NBC in the Sling Blue package, which is $35/month. The 30-plus channels in the lineup include AMC, CNN, Food Network, AMC, Comedy Central, HGTV and many more. Right now, Sling is offering $10 off the first month for new subscribers.View Deal

Fubo TV: If you love sports, you probably want to check out Fubo TV. It’s got a 7-day free trial so you don’t need to pay up front. Fubo’s dozens of channels include local networks like ABC and ESPN. You can also add on NBA TV. Fubo doesn’t have TNT.View Deal

The game will most likely be available on the new service Discovery Plus, and at around 1 p.m. BST. Discovery Plus has bought the rights to full coverage of the Tokyo Olympics, breaking the BBC’s previous monopoly. This year, the BBC is limited to no more than two live events at one time, whereas every single sport and every single event is available on Discovery+ or via the Eurosport channel.

The Olympics continue to confuse for those following along in Canada.

TSN may be your best bet, as its schedule lists Olympic coverage from Midnight on, on TSN1, TNS2 and TSN4. Sportsnet’s coverage doesn’t list Basketball as one of the sports it will cover.

Again, Americans visiting their friends in the great white north could just use Peacock, provided they log in via a VPN such as ExpressVPN.

How to watch USA vs Czech Republic live streams in Australia