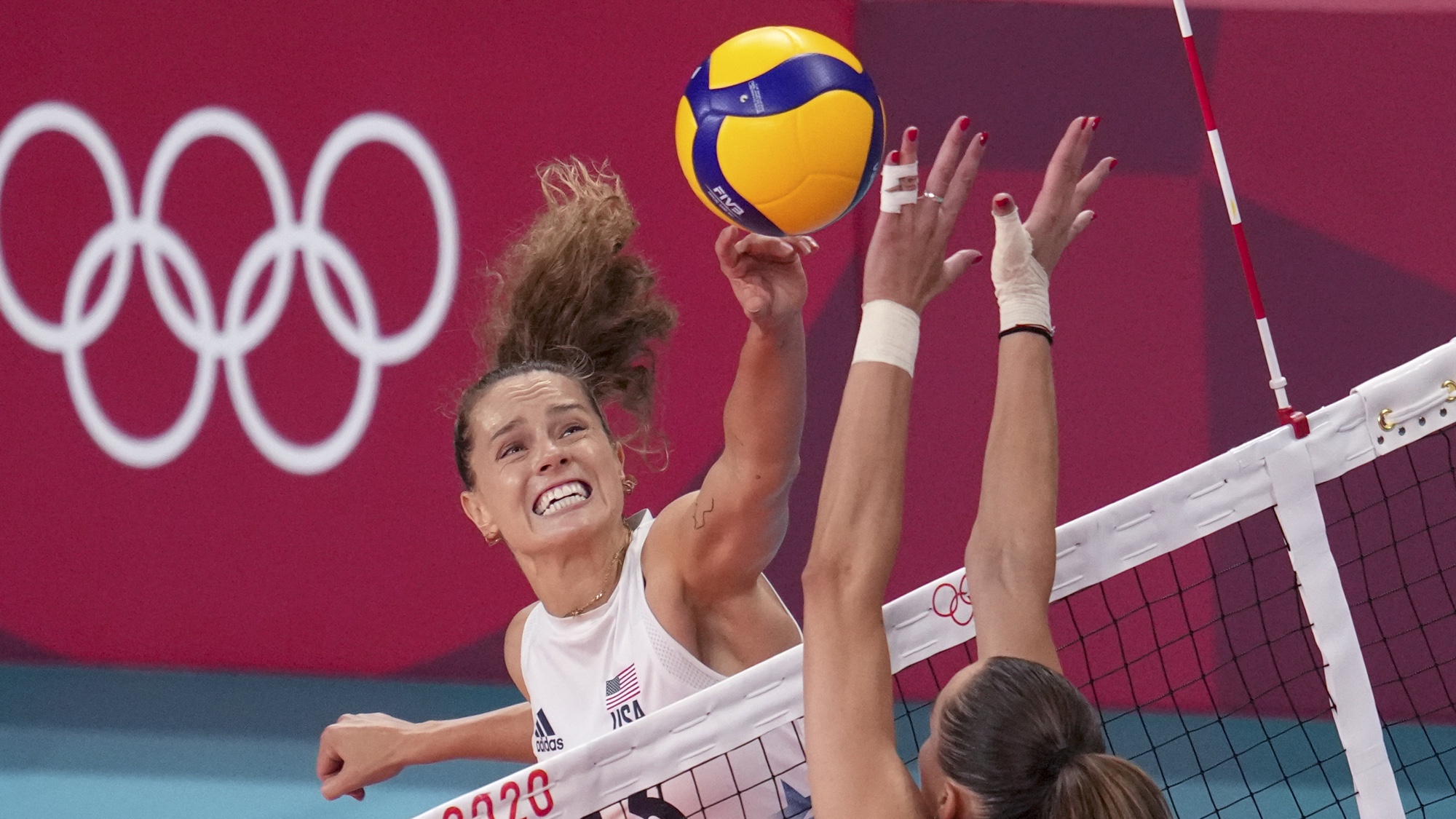 The Team USA vs. Italy volleyball live stream will, hopefully, be unlike the USA vs ROC match that took place Friday. No, not because of the Team USA loss (though we can’t expect every team to stay undefeated at the Tokyo Olympics). But because we don’t want to see another athlete fall

Yes, the 25-20, 25-12, 25-19 loss was far from ideal. But to lose Thompson, the team’s leading point-scorer, is possibly even bigger. The superstar apparently rolled her ankle when landing on it hard in the second frame. She was evaluated courtside during the frame, and left thereafter.

Hopefully, she’ll be back in action by the quarterfinals game, which Team USA qualified for in a win over Turkey. Thompson’s value to the team cannot be understated, especially after her 34-point game in a win over China.

Team USA has yet to win gold in volleyball at the Olympics, during the entire 57-year history of the event at the Games.

The Team USA Women’s Volleyball team is ranked No. 1 in the world, so their undefeated streak going into the game against ROC wasn’t a huge surprise.

Of the services you will want for these games, Peacock will help you see highlights at night, while Sling TV and Fubo TV can help you catch games on tape-delay. Your login from the latter will help you watch the games live.

How to watch Team USA vs. Italy from anywhere in the world

The Olympics is a global event and can be viewed in almost every country on Earth. However, if you’re not in your home country and can’t watch Team USA vs. Italy with your usual services — or you want to watch in your native language — you’re not out of luck.

We think speed, security and simplicity make ExpressVPN second to none. During our tests, we saw fast connection times, and we’re impressed by the service’s ability to access more than 3,000 services spread out across 160 locations in 94 countries. Plus, its 30-day money-back guarantee should help absolve any worries.View Deal

How to watch Team USA vs. Italy live in the US

This one’s going to be easy to watch live, at least in terms of the hour of play. The Team USA vs Italy live stream airs at 10:05 p.m. ET on Sunday, August 1. Next, find your streaming/cable login, because NBCOlympics.com — the only place to watch this match live — requires one. NBCSN will have the 9 p.m. ET rebroadcast on Monday night.

Of course, the nightly coverage on Peacock will likely include updates as well.

NBCSN is part of the $35 per month Sling TV Blue package, and Olympics-watchers will want the Blue package, which also has NBC. The Olympic Channel is also available as a $11 per month add-on.

Sling TV: You can get NBC, USA and NBCSN in the Sling Blue package, which is $35/month (the first month is just $10 right now) — plus the Olympic Channel in the Sports Extra package ($11 per month extra).View Deal

How to watch Team USA vs. Italy live in the UK

To watch every event live, you’ll want to subscribe to Discovery Plus, which is offering coverage of every event at Tokyo 2020; all of the Olympics volleyball games (including Team USA vs. Italy) will likely be on the service.

The BBC won’t have the monopoly on Olympics coverage in the U.K., with the IOC having sold the main European rights to the Discovery network. As a result, the BBC’s coverage, though still good, is limited to no more than two live events at one time.

How to watch Team USA vs. Italy live in Canada

It looks like the Team USA vs. Italy live stream may be on Sportsnet’s SN1 or Sportsnet channels, as a block of “Scheduled events” that includes “Beach Volleyball, Volleyball & Basketball” is set for 8 p.m. on on Sunday night.

It could also be on TSN — either TSN1, TSN2 or TSN5, that is — as there’s olympic coverage during those hours as well.

CBC is also sharing coverage of the Olympics, so you may need to channel surf if you can’t find it. TLN is also showing off some of the Olympic Games, though judging by the schedule they will be on tape-delay.

How to watch Team USA vs. Italy live in Australia

Down Under, Aussies can watch the Team USA vs. Italy live stream for free on the 7Plus network’s streaming service — which has practically everything in the Olympics. Just add 14 hours to the Eastern times listed below to figure out when games start in AEST.