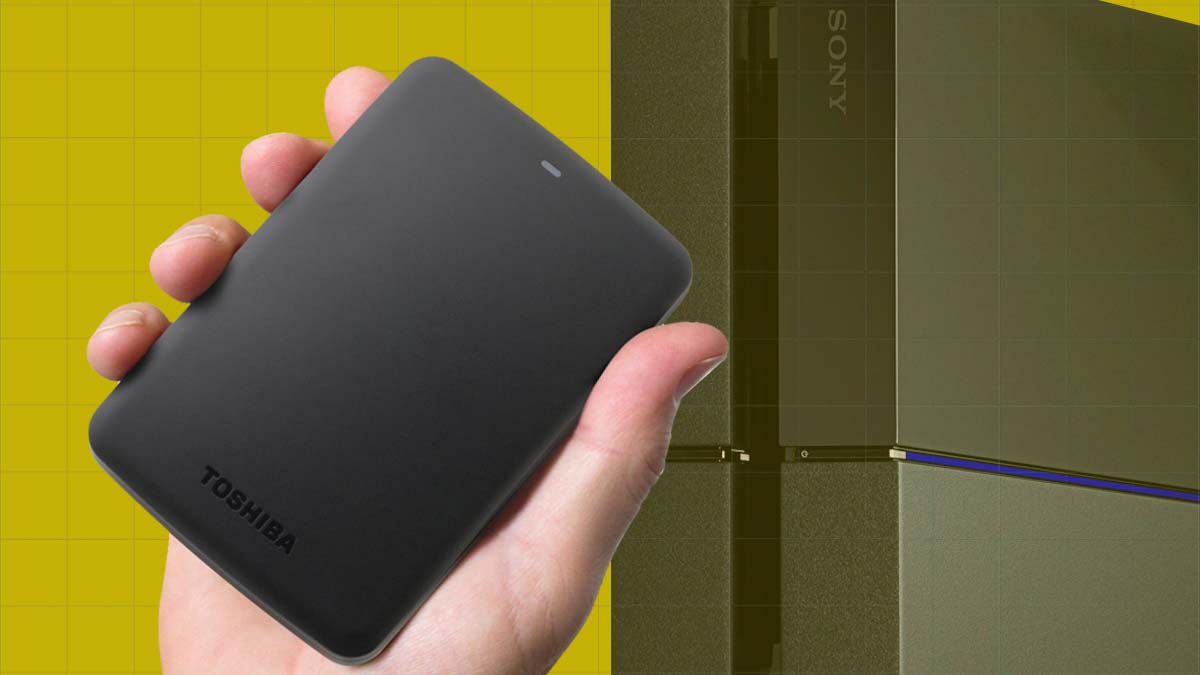 The best external hard drives for PS4 and Xbox One can help keep your game library a lot more manageable. Back when these consoles first launched, 500 GB may have seemed like a lot of storage space. But in the intervening years, games have grown, and so have their associated patches and DLC. It’s not uncommon for games to top 50 or even 100 GB. You can simply uninstall and re-download games as you need them, but that’s not nearly as convenient as simply picking up one of the best external hard drives.

Both the PS4 and Xbox One support external hard drives, and there’s no special trick to installing them. All you have to do is format them a certain way, then plug them into the consoles via USB cable. And you can add quite a lot of space, too; storage has gotten much, much cheaper over the past few years, and you could double — or even quadruple — your console’s storage space for less than the cost of two extra controllers.

There is an upper limit, however. Sony caps external hard drive support for the PS4 at 8 TB, while Xbox One tops out at 16 TB (two separate drives, each with the 8 TB limit).

What are the best external hard drives for PS4 and Xbox One?

The good news is that you don’t need a specialized external hard drive for a PS4 or Xbox One; just about anything will work. As such, what you should look for in the best external hard drives for PS4 and Xbox One is exactly the same as what you should look for in a hard drive, in general. You want the appropriate amount of storage space, a fast read speed, a small profile and a reliable brand name, just in case something goes wrong.

As such, our top pick is the Western Digital Elements 4 TB Portable External Drive. If you’re familiar with WD, you’ll know that the company has been in the storage game for a while, and generally makes durable, high-quality products that work exactly as they’re supposed to. With 4 TB storage, you’ll be able to store dozens of games, and at less than five inches across, it won’t take up too much space in your entertainment center.

If you want something a little more stylish, and you have an Xbox One, consider the Seagate Game Drive for Xbox. This hard drive distinguishes itself from a lot of the competition by coming in a white chassis with an Xbox logo, just like an Xbox One console. Combined with its fast read speed, you could place the Seagate Game Drive for Xbox right next to your console, and it’d look good as a permanent fixture in your living room.

One quick note: Now that the PS5 and Xbox Series X are out, these external drives might not make the best accessories for them. While you can still hook external drives up to the new consoles, next-gen games require specialized SSDs, which are generally much more expensive. If you have a lot of PS4 or Xbox One games to take with you, these hard drives could still come in handy; otherwise, save your money for next-gen gear.

The jack of all trades

Balancing performance with price, there’s a reason WD’s Elements Portable Hard Drive remains the reigning champ of Amazon’s best selling external drives. This is the drive I own and recommend to anyone looking to expand the storage of their console. You’ll have enough storage up to 80 games at a time (assuming an average game size of 50 GB). It’d be nice if the drive came in different designs like some of the others on the list.

If you’ve never owned a Western Digital hard drive before, the company has been producing storage since the early ‘80s, and has a well-earned reputation for building products that last. In addition to being able to store a ton of different games, you’ll also be able to hang onto them for a long time, which could be useful if there are titles you want to revisit.

From a design standpoint to software optimizations, this Seagate drive is for the Xbox power user. This drive comes in a variety of Microsoft franchise designs, is incredibly compact and requires nothing but a USB connection to plug and play with your console. While these branded drives are a bit more expensive, the few dollars more alleviates worries and offers Xbox users a customizable no-fuss experience. The drive includes a one-month membership to Microsoft’s exclusive Game Pass game subscription service so that you can put your new storage to use immediately.

The device’s physical appearance is also worth mentioning, since it mirrors the Xbox One S so closely. While a lot of external hard drives are one level above eyesores, the Seagate Game Drive for Xbox looks like a perfect matched set with Microsoft’s console.

The best for Playstation

WD’s PS4 hard drive seamlessly blends in with your PS4 thanks to a compact design and blue highlights. An easy set-up lets you plug in the drive and start downloading content in moments. While the drive is about equal to competitors in speed and size, the short cable can be a problem for users who need to store the drive away from the console.

The best thing the WD Gaming Works has in its favor is simplicity. It’s designed with PS4 compatibility in mind, right down to the “black box with blue highlights” design, so you’ll never need to worry about either compatibility or aesthetics. With 2 TB storage space, you can download dozens of big-budget games, and still have room left over for as many movies and TV shows as you care to own.

The best hard drive for those on the road

If you have curious little ones, troublesome pets or clumsy motor skills, you should take a look at the Silicon Power shockproof drive. The drive has solid reviews from console users and can be thrown around without worry for on-the-go travel. While the drive will survive fairly rough treatment, including spills, for years to come, it also comes with a reassuring three-year warranty.

With 2 TB storage space and a fast read speed, the Silicon Power Shockproof is one of the best external hard drives for PS4 and Xbox One, particularly if you need to drag it from place to place frequently. It’s a little bit bigger than some of its competitors, and the brand name recognition isn’t the same as, say, a Western Digital or a Seagate. But it’s durable, and should last a long time.

The hard drive that offers the most space and function

Do you have a massive digital library that you want to keep installed and ready to play at all times? You’ll need a lot of storage for that. This hard drive has a whopping 8 TB of storage capacity and doubles as a USB hub complete with two USB 3.0 ports. For the functionality and price, this hub is a solid buy. Now you can make your way through your Xbox Game Pass backlog or the best split screen PS4 games on your terms!

Just be aware that the PS4 caps out external storage space at 8 TB, so if you connect this hard drive, that’s all the space you’ll get. On the other hand, assuming a game download size of 50 GB, 8 TB is enough for 160 games, so you should be fine.

The primary thing to consider when purchasing one of the best external hard drives for PS4 and Xbox One is storage space. If you’re running a bit short on space but don’t buy games all that often, a 2 TB hard drive — or even less — will do just fine. On the other hand, if you find yourself with some huge new game every week or two, only an 8 TB model is going to keep pace with your library.

You should also consider brand name. As computer parts go, hard drives are relatively prone to failure — I’m sorry to be the bearer of bad news, but it’s true. As such, it’s important to have a major manufacturer backing its product up, rather than a no-name company that’s going to disappear as soon as something malfunctions. A reliable hard drive manufacturer also makes it less likely that your device will fail in the first place, which is quite important, considering that you’re entrusting a hard drive with your games and save data.