TikTok owner ByteDance has ramped up its expansion into e-commerce with the recent launch of shopping app Fanno in selected markets across Europe, as the world’s most valuable technology start-up sharpens its focus on strategic industries to diversify its business.

The Fanno app was made available last month on both Apple’s App Store and Google Play for the Android platform in France, Germany, Italy, Spain and Britain. It was released days before the annual Black Friday event on Nov 26, which marked the start of the Christmas shopping season in the US and other Western markets.

“We’re at an early phase of exploring this new e-commerce proposition, aiming to provide cost-effective products to global users,” a ByteDance representative said.

Fanno has slowly climbed up the ranks of the world’s most popular apps. It had an average rank of 240th among the most downloaded iOS apps on Saturday, across the five markets where it is available, according to market research firm App Annie. It also indicated that Fanno performed best in Britain and Italy, where the ByteDance product was ranked No 144 and 185, respectively, in the same period.

A current Fanno promotion has new users choose a discounted product that costs as little as £0.01 (5sen), receiving free shipping with no minimum order value and a discount coupon, according to information on the App Store. Free shipping is also offered for a user’s subsequent orders.

The app operates “separately and independent from TikTok and TikTok Shopping”, said the ByteDance representative, referring to the hit short video app’s own e-commerce initiatives.

TikTok, which recorded one billion monthly active users in September, started testing online retail features in Indonesia and Britain earlier this year. In August, TikTok partnered with Canadian e-commerce giant Shopify that initially allowed users in the US and Britain to buy goods directly through the app. This TikTok Shopping feature later expanded to include other partners, including Square, Ecwid and PrestaShop. 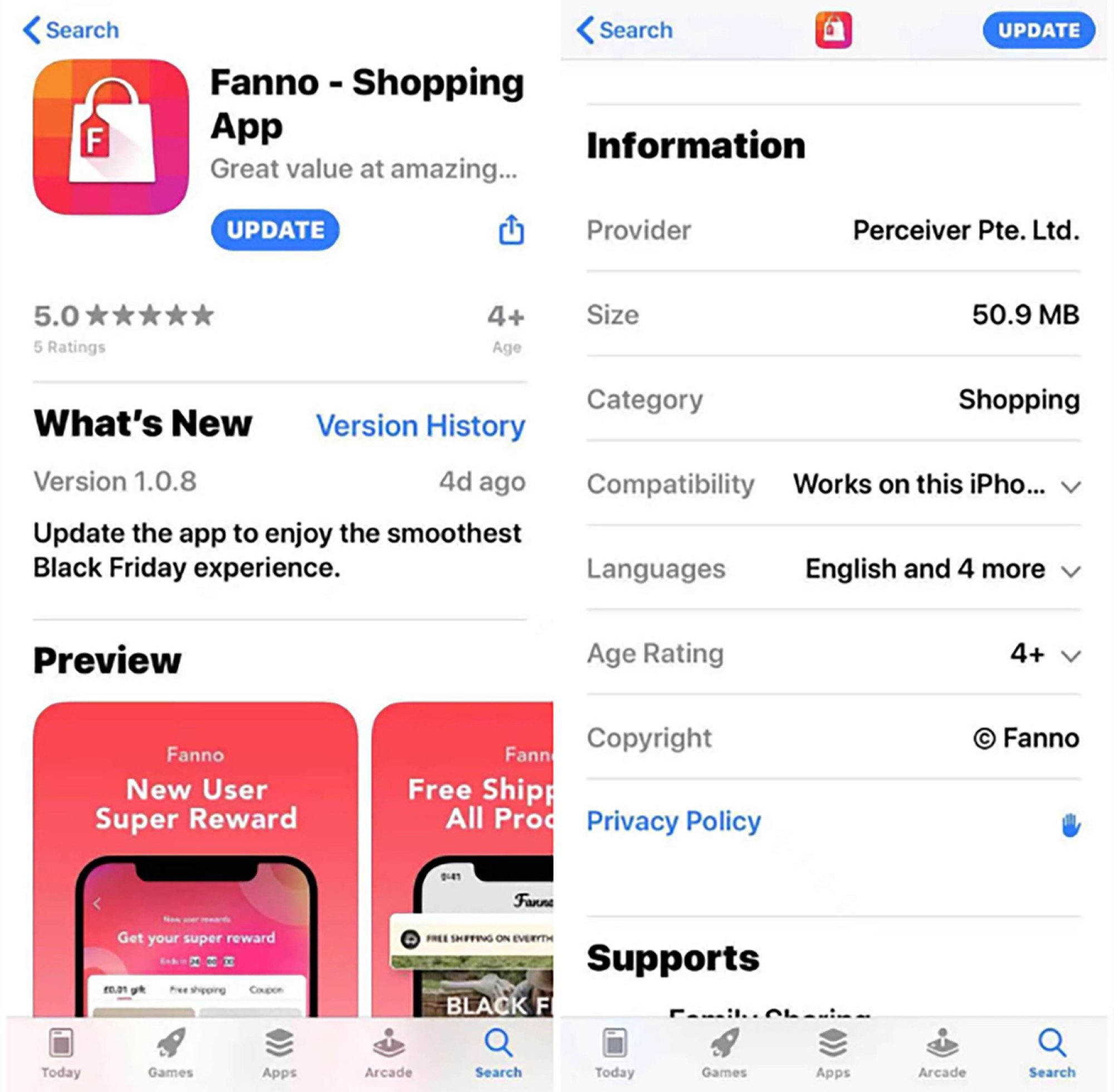 The stakes are high for ByteDance, as it expands its e-commerce interests amid Beijing’s ongoing regulatory crackdown on the technology sector. It must also compete with other major social media entities, such as Facebook and Instagram, in international e-commerce markets.

The global e-commerce industry is projected to reach US$4.2 trillion (RM17.77 trillion) in 2021, according to a forecast from the Adobe Digital Economy Index.

In mainland China, ByteDance is expected to introduce a stand-alone shopping app called Douyin Box, according to a report by Chinse tech media 36kr. Douyin, the Chinese sister app of TikTok, has already started to build up a vast ecosystem of merchants under its own e-commerce platform.

Beijing-based ByteDance, which plans to carve out TikTok into a stand-alone business unit, is expected to record 60% revenue growth to 400bil yuan (RM265.61bil) this year, according to a recent report by The Information.

The bulk of ByteDance’s revenue is still expected to come from Douyin and news aggregator Jinri Toutiao, despite the international popularity of TikTok. – South China Morning Post