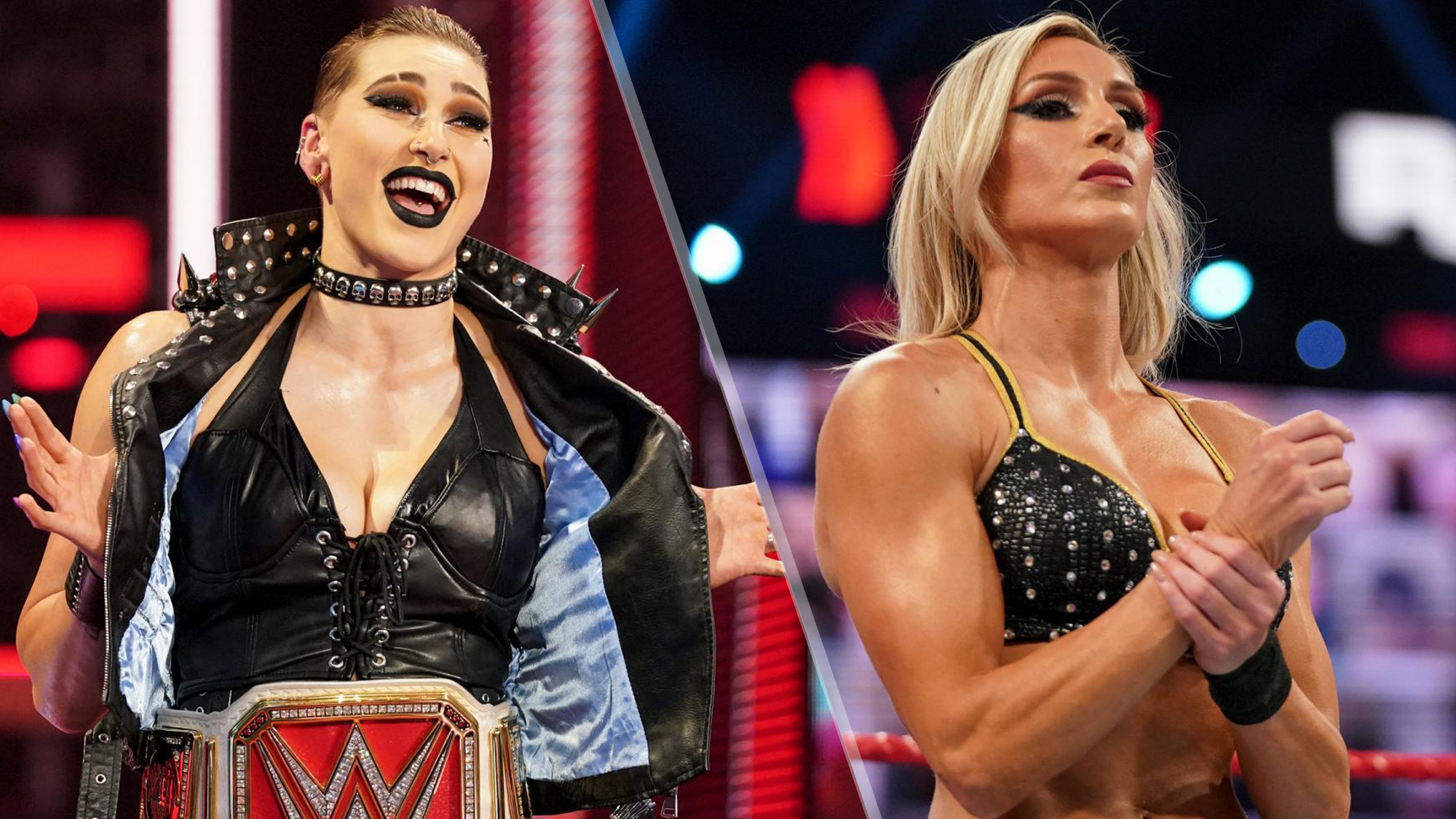 We’re creeping up to the WWE Hell In a Cell live streams, which are much earlier than usual this year. But the weird big breaking news is that Roman Reigns’ Universal Championship defense has apparently been moved up to SmackDown this Friday night, according to WWE social media. Rey, apparently, cannot wait.

We smell something fishy, and we hope it’s not the zombies of recent WWE events. Could a schedule change for John Cena (Reigns’ rumored Summerslam opponent) moved up WWE’s timeline? Is someone else going to face The Tribal Chief at HIAC? We shall see.

But we can’t overlook how champ Rhea Ripley and Charlotte Flair look to put a hurting on each other for the Raw Women’s Championship. And while Flair fought in Ripley’s last title defense, she argued her way back into the picture and complained about how she lost without being pinned.

And no matter when it is (we’ll update this story on Friday once we learn what WWE is up to), Rey Mysterio Jr. will soon fight Universal Champion Roman Reigns for that title inside the demonic structure itself. Mysterio’s out to defend his family’s pride, after Reigns took liberties with Rey’s son Dominik. The match seems to be for the title despite Rey not having done much to have “earned” an opportunity, aside from being a living legend (which is probably enough).

As for the other championship matches, Drew McIntyre and Bobby Lashley are going at it again for the latter’s WWE Championship, and we’ve got to say we’re tired of the claymore king being in the title scene. Fortunately, this is a “win or stop challenging” situation, which we hope means that Lashley has a new opponent for Money In The Bank.

In other rematch news, SmackDown Women’s Champion Bianca Belair defends against Bayley, whose gimmick is devolving into screaming. We bet Belair retains, as it’s still too early for her to move on.

Elsewhere on the card, the creepy Alexa Bliss and Shayna Baszler have a match, which is following through on the most debated ending of Monday Night Raw in years. Alexa’s demonic doll Lilly was seen tormenting the former MMA fighter backstage, and this past week’s Raw saw Shayna’s tag partner Nia Jax demand that something happen. Shenanigans may ensue, and we’re wondering where Bray Wyatt is in all of this (and given recent rumors, we have to send our best wishes to Windham Rotunda, the man behind The Fiend’s mask).

The card is a little short, though, and we expect more to be added on this week’s SmackDown.

While Peacock is available all across the U.S. and the WWE Network is still the standard around the world, Hell In a Cell live streams can get a bit confusing. You might want to check out a VPN if you can’t watch with the service you normally use.

International audiences will be pretty jealous of U.S. audiences, which will save up to 50% by switching to Peacock (unless you get the no-ads tier at $9.99 per month).

The best VPN is ExpressVPN. It meets the VPN needs of the vast majority of users, offering outstanding compatibility with most devices and impressive connection speeds.

ExpressVPN can access more than 3,000 servers spread out across 160 locations in 94 countries. The service performed reliably in our testing, and we found customer service responsive.View Deal

Hell In a Cell live streams in the U.S. are cheaper

The only place to watch WWE Hell In a Cell in the U.S. is Peacock, which has a 7-day free trial of Peacock Premium, the tier you will need for this event.

There’s no need to pay for the ad-free tier for WWE live events, as there are always ads in the live editions of Peacock programming.

In addition to the WWE live streams, Peacock also has huge library of licensed content drawn from various brands. That includes shows like 30 Rock, The Voice, Battlestar Galactica, Law & Order: SVU and This Is Us.View Deal

The rest of the world will grab Hell In a Cell live streams on the WWE Network, for a higher price — closer to the $9.99 that Americans used to pay. While those in the states pay less now, there is less content available — and the ad breaks are weird — so it’s a monkey’s paw situation on getting that discount.

WWE Hell In a Cell card and predictions

Predicted winners are in bold.