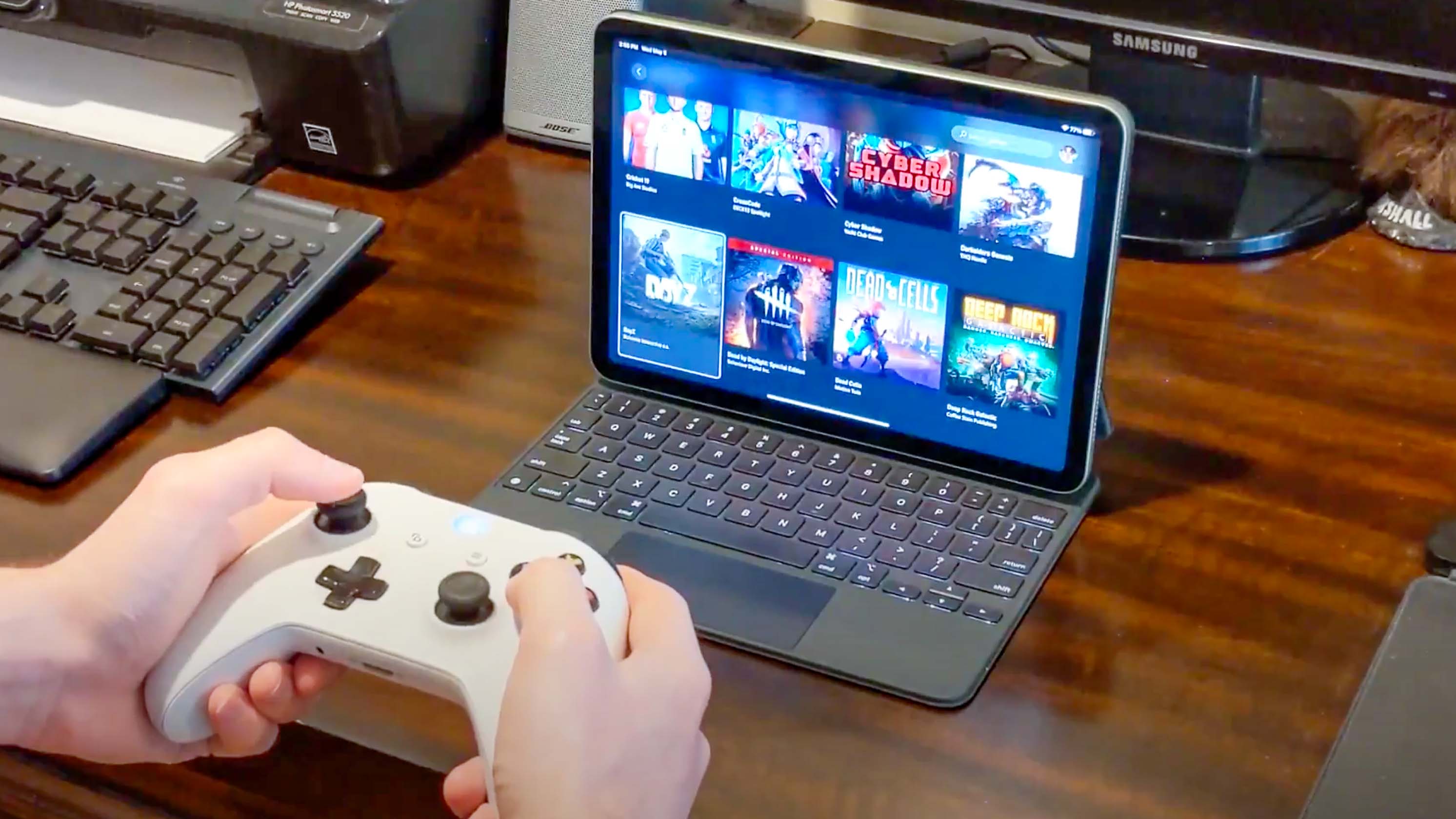 Even though Xbox Cloud Gaming is still technically in beta, you could argue that it’s the best cloud gaming service currently on the market. For $15 per month, you get an Xbox Game Pass Ultimate subscription, which entitles you to hundreds of first- and third-party games. You can download these titles to an Xbox console or gaming PC; otherwise, you can stream them to an Android device. And now, at long last, you can also stream Xbox games to web browsers and iOS devices.

At least if you’re one of the lucky few with a beta invite, that is. Xbox Cloud Gaming for Windows 10 PC and Apple Phones (rolls right off the tongue, doesn’t it?) is finally available in a test capacity, with no release date for the full version yet. As you’d expect for a service that’s still in beta, it’s rough around the edges, particularly in its iOS iteration. Overall, though, Xbox Cloud Gaming in browsers and iOS is off to a promising start. It also serves as a reminder that Microsoft doesn’t just want to sell you an Xbox; it wants to sell you a whole Xbox ecosystem.

First off: If you have a gaming rig, you don’t really need Xbox Cloud Gaming on PC. Downloading these games provides a better experience on a number of levels, from tweakable graphics settings to the ability to play them offline.

The trouble, of course, is that not everyone has a gaming PC — and even people who do have gaming PCs usually don’t have one in every room. That’s where Xbox Cloud Gaming comes in handy. You can stream Xbox games to any computer with a web browser, from the lowliest Chromebook to the fanciest office desktop.

The procedure here is simple. You simply launch your browser of choice, then go to https://www.xbox.com/play. You log in with your Microsoft account and, provided you have an Xbox Game Pass Ultimate subscription and a beta invite, you can stream games just as you would on Android. You get pretty much the same menu categories that you would on an Xbox: “Jump Back In,” “Recently Added,” “All Games” and so forth. You can also browse by category.

At present, there are 248 games available in the beta. That’s not everything that Xbox Game Pass Ultimate has to offer, but it is the majority.

Playing a game is similarly seamless. Just find a game you want to play, select it and wait for it to load up. At present, you need a PC game controller. Mouse-and-keyboard controls don’t seem to be available, which is another disadvantage compared to downloading and installing PC titles.

First, the good news: Playing Xbox Cloud Gaming titles on a PC (at least on the Tom’s Guide test rig) is a fairly seamless experience. I tested the service with Yakuza 4 (a brawler), Octopath Traveler (an RPG), Doom Eternal (a first-person shooter) and Gears of War 3 (a third-person shooter) to see if they ran smoothly. In every case, the games ran without lag, slowdown or graphical glitches, whether I was patrolling the mean streets of Kamurocho or doing battle with pixel-art foes in turn-based battles.

However, that smooth experience came at a cost. While Xbox Cloud Gaming doesn’t let you see your game’s resolution, I’d be absolutely shocked if the games ran at anything higher than 720p. The images were grainy and discolored, and definitely did not take full advantage of my QHD monitor or 250 Mbps download speed. (Microsoft recommends 10 Mbps.)

Granted, if the choice is between better gameplay and better graphics, I’ll take the former every time. No matter how many enemies I fought or platforming obstacles I mounted, the games didn’t suffer from any lag or slowdown. Still, Microsoft has nailed the basics on Xbox Cloud Gaming for Windows 10 PC; now, it should focus on making the games look pretty.

Still, Xbox Cloud Gaming on PC tells only half the story. The service is also in beta for iOS, and it’s here that the streaming experiment stumbles. Unlike on Android, there’s no dedicated Xbox Cloud Gaming app. Instead, you simply open up your browser of choice (I used Safari, since that’s usually the smoothest browser on iOS), then visit the xbox.com/play website mentioned above. From there, you create a web app shortcut for your home screen. It’s a bit of a tedious workaround, especially since the web app logs you out every few hours. It’s a worse experience than using an app all around, but Apple doesn’t seem willing to budge on this point.

Once you get the web app up and running, it looks almost identical to its PC counterpart, albeit with somewhat smaller icons. Navigation isn’t a problem — but running games is. I tested the iOS web app with the same four games as on the PC, but my results were strikingly different.

Gears of War 3 ran similarly well, possibly because as an Xbox 360 title, it’s a little less technically demanding than some of the newer fare. But in Doom Eternal, the iOS web app was slow to track my camera movement, and often lost vital frames while I was turning or running between enemies. Anyone who’s familiar with Doom Eternal’s lighting-fast, frenetic gameplay knows that the game requires absolutely accurate movement and aiming at all times; otherwise, you’re unlikely to live through a single firefight, let alone a series of them.

Octopath Traveler and Yakuza 4 were even rougher experiences. The former game lagged and buffered constantly. Granted, timing is not a factor in the turn-based battles, but even choosing targets became something of a guessing game, since it was often unclear whether my commands had gone through. I often wasted powerful techniques on highly resistant enemies, which is a recipe for disaster in anything but the simplest random encounters.

In Yakuza 4, exploring the crowded neighborhood of Kamurocho felt downright tedious. In the Yakuza series, you explore a crowded section of Tokyo, replete with people, shops and vehicles around every corner. As such, every time I moved the camera, the game would freeze and buffer for a few seconds as it rendered the sheer amount of stuff to see onscreen at any given time. This was troublesome when just walking around, but it made combat an absolute nightmare. I missed important button prompts because they didn’t load quickly enough, and walked right into enemy attacks.

It’s hard to say whether Xbox Cloud Gaming’s issues on iOS are due to the web app itself, or something on Microsoft’s end. But the fact is that streaming to a PC worked much better — and streaming to the dedicated Android app is worlds ahead of its iOS counterpart. My Internet speed was consistent across all of my devices, and the iOS gadget in question was a brand-new iPad Air.

Xbox Cloud Gaming vs. other services

Xbox Cloud Gaming is not the only way to stream big-budget games to your PC or mobile device. Google Stadia, Nvidia GeForce Now and PlayStation Now all have similar functionalities. For more information on those three platforms, check out our guide to the best game streaming services.

While Xbox Cloud Gaming is still in beta, it arguably surpassed the competition, thanks to its widespread availability, and the ability to download games to both Xbox consoles and PCs. In terms of performance, though, Xbox Cloud Gaming still has a ways to go.

What’s next for Xbox Cloud Gaming

Microsoft could admittedly alleviate some of these issues if it added some adjustable quality settings. Right now, aside from streaming games, all you can do on the PC and iOS platforms is tell Microsoft whether you had a good or bad experience after the fact. I’d love to see some deeper streaming options, particularly the ability to set manual resolutions and bandwidth usage. This would be good for people like me, who have a lot of speed to spare, as well as people with limited data caps, who might not want to stream gigs upon gigs of data for each session.

In general, Xbox Cloud Gaming isn’t quite ready for prime time on either PC or iOS — but it’s a lot closer on the former. If Apple refuses to let Microsoft make a dedicated game-streaming app, then I hope that the web app improves between now and the service’s full release. If not, gamers who want to play Xbox titles on the go might be better off picking up a cheap Android phone.