NAKHON PHANOM: A Bangkok motorcycle taxi driver arrested in this northeastern province with 600,000 speed pills has said the Covid pandemic drove him to become a drug courier to support his family, authorities say.

During the interrogation, officers said Mr Phoolsuk confessed that he had known a drug agent in Bangkok and the latter had persuaded him to smuggle drugs. He had driven from Bangkok to pick up the speed pills after they were smuggled across the border from Laos to Nakhon Phanom.

He said he had been hired for 50,000 baht to deliver the drugs to an agent in southern Thailand. He received an advance payment of 20,000 baht and was to get the rest after the drugs were delivered.

The suspect told investigators that because of the economic slowdown caused by the pandemic, his earnings were not enough to support his family. He had three children, aged 8, 9 and 18. His wife was a vendor and he drove a motorcycle taxi.

He said his family had been plunged into debt and this drove him to smuggle drugs. He had made four successful trips before being caught on the fifth attempt, police said.

Authorities said over the past two or three months, almost 10 million speed pills and some 5 tonnes of marijuana have been seized in Nakhon Phanom. 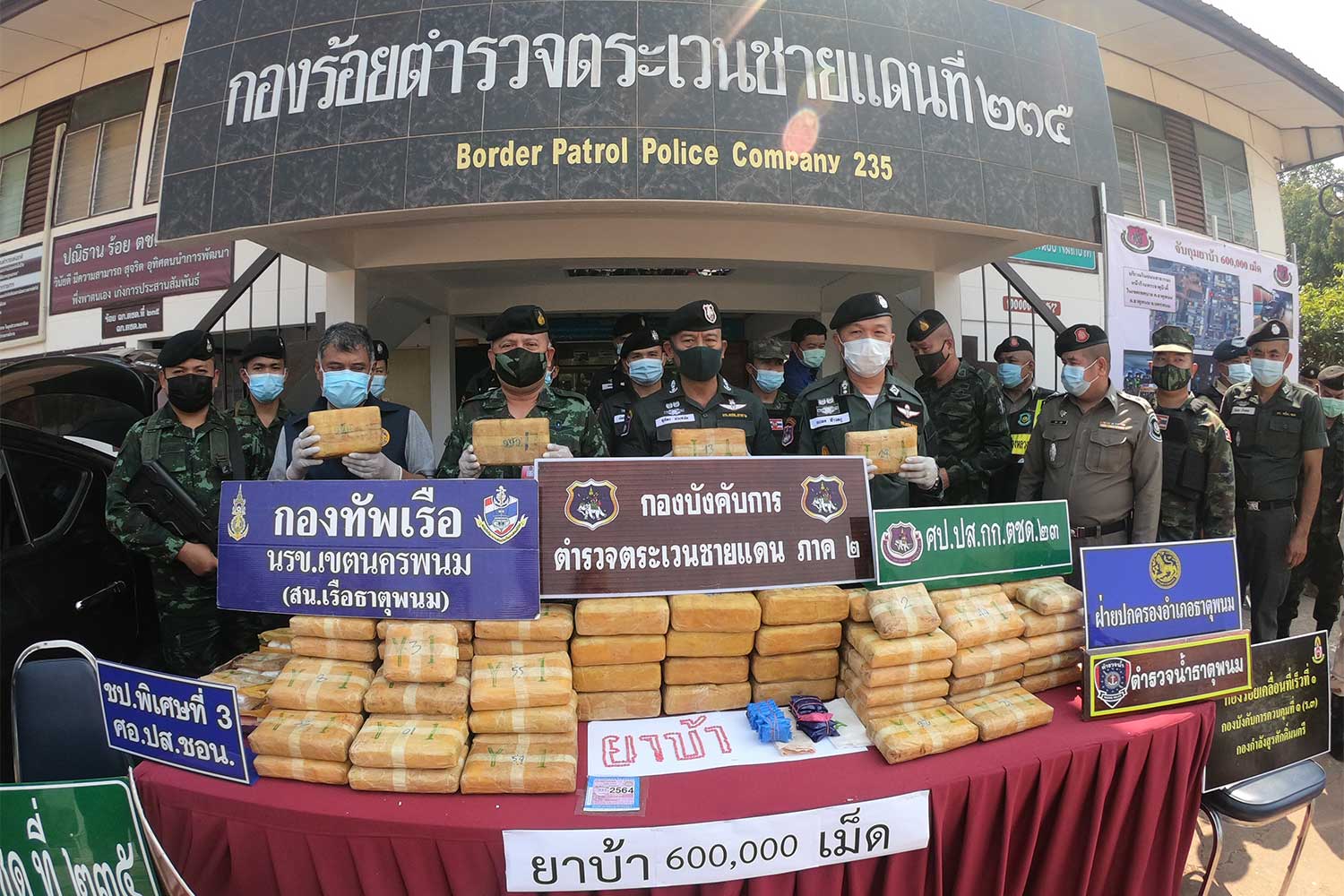 Officers announce the seizure of 600,000 speed pills during a briefing at the Border Patrol Police Company 235 in Nakhon Phanom on Friday. (Photo: Pattanapong Sripiachai)